Being a celebrity sounds pretty fantastic. You get to have a glamorous job with red-carpet premieres, photo shoots and fancy meals at all the hottest restaurants. And even though you’re rich, you get a ton of free swag. But somehow, a number of celebs have managed to fail at the “rich” part. Here are 10 famous people who achieved fame but haven’t quite mastered “fortune.”

We can’t help but feel bad for Creed frontman Scott Stapp, who was one of the biggest rock stars in the early 2000s, singing hits like “Higher” and “Arms Wide Open.” But earlier this year, it was revealed that Scott, who suffers from bipolar disorder, was penniless and in a state of drug-induced psychosis. His wife Jaclyn finally filed for divorce after he’d had a lot of drug relapses. Luckily, he’s on the road to recovery: he and Jaclyn are both appearing on VH1’s reality show Couples Therapy with Dr. Jenn premiering October 7th.

As one of the iconic Baywatch babes, Pamela Anderson was on top. But after she sunk $1.1 million into a house renovation that included platinum pool tiles and owed a fortune in back taxes, she filed for bankruptcy in 2012. She even had to move to a trailer park, but she stayed positive about it. “The boys and me love the trailer park, it’s a special community, we’re happy here,” she said in an interview with The Mirror. “It’s the most beautiful place, it’s where I take my motorcycle, my surf board. There are firemen with their children, surfers, all sorts. The children are so happy. I wouldn’t trade my life with anyone.”

Heavyweight world champion Mike Tyson once was worth $300 million and had endorsement deals with Pepsi, Eastman Kodak and Nintendo. So how did he go broke? In 2003, he filed for bankruptcy, claiming that his financial advisers were pulling a scheme. He’s also been arrested 38 times — so lawsuits and legal problems have cost him a lot of money, in addition to his divorce proceedings. However, “Iron Mike” was able to rebuild his savings, starring in movies such as The Hangover and launching a show called Mike Tyson: Undisputed Truth—Live on Stage.

The music business can be a roller coaster. Meat Loaf struck it rich with albums like Bat Out of Hell, which has sold more than 43 million copies worldwide. But during the 1980s, Meat Loaf’s friend Jim Steinman helped him write some of songs, and then later filed a lawusit against Meat Loaf, claiming he had been denied royalties. Because of the lawsuit, Meat Loaf went broke and had to file for bankruptcy. Afterward, he wrote his songs solo and was able to pull himself out of the financial hole.

Another music artist who’s battle financial troubles is Grammy winner Toni Braxton, who has filed for bankruptcy twice: once in 1998 and once in 2010. (Girl, don’t you have someone trustworthy taking care of your finances?) But first, Toni fell victim to the music industry’s unfair practices; according to ABC News, despite $170 million in worldwide sales from her hit songs such as “Breathe Again” and “Another Sad Love Song,” Toni said she only received a $1,972 royalty check from her first recording contract. “What happens is they give you advancement on the next record and then the next record,” she explained. “So you kind of stay in debt, in a sense.” But she also admitted she got a little too into buying housewares like plates, Faberge eggs, and 1,000 thread-count sheets. Luckily, she was able to make more money with her VH1 reality show, Braxton Family Values. She even bought a new house worth $3 million.

We can’t say we’re surprised that Lindsay Lohan has had money troubles. In 2012, the IRS froze the Mean Girls star’s accounts because she owed $234,000 in back taxes, even after Charlie Sheen lent her a hand with a loan of $100,000. She’s also had to pay a lot for her legal troubles, since she’s been arrested and had to appear in court so many times. Those stints in fancy celebrity rehab facilities aren’t cheap, either. Luckily, she was able to get a role in the Lifetime movie Liz & Dick and, since she has over 9 million Twitter followers and 3.9 million Instagram followers, she can pull in some cash by talking up products such as Hublot watches.

Game of Thrones star Lena Headey is making a decent salary as one of our favorite HBO actresses, but she’s had her share of money troubles: according to The Daily Mail, in 2013, it was revealed that Lena only had $5 in her bank account after expensive divorce proceedings with her husband Peter Loughran, who was fighting with her over a tax refund. She had to use credit cards to pay for living expenses for herself and her son, Wylie, and even had to sell her home in the Hollywood Hills to regain her financial footing.

Reality fame is very fickle and unstable. That’s the lesson we should all learn from Heidi Montag and Spencer Pratt, the couple we loved to hate on MTV’s The Hills. In 2013, they admitted to In Touch magazine that they blew through $10 million on their extravagant lifestyle. “We were immature,” Spencer said. “Every time we’d go out to eat, we’d order $4,000 bottles of wine. Heidi was going to the mall and dropping $20,000 to $30,000 a day. We thought we were Jay Z and Beyoncé.” But the couple isn’t completely broke; they certainly got paid for their E! special After Shock: Heidi & Spencer, in which Heidi said, “We’re are definitely more money conscious now. We are not really rich, but we’re certainly not poor.” She also told Fox News, “I look at our bank accounts every day. Like, I just had to tell Spencer to stop buying TV shows on iTunes! I was like, ‘OK, maybe it looks like $2 here and $2 there, but that adds up to $10! And then that adds up $100!’ You may think it’s a little money here and there, but everything adds up and I’ve really learned that.” Great job, Heidi. The rest of us figured this out a long time ago, without being failed millionaire reality stars.

Larry King is an unusual example of someone who went broke before he got famous. In 1978, after his first of many divorces, he was $352,000 in debt and got arrested for grand larceny after a disagreement with a business partner.  But luckily, in the same year, he was offered the job of hosting his own talk show — which was a huge success for years. He’s been financially stable ever since.

Another musician who suffered money troubles is Lauryn Hill, who actually went to prison in 2013 for failing to pay taxes on over $1.8 million in earnings from the years 2005 through 2007. After she was released, Radar Online reported that Lauryn was in more financial hot water, owing $866,868.05 for tax evasions from 2005 to 2011 — but this report turned out to be false. “Ms. Hill has finished her sentence, has been fulfilling her agreement with the IRS and is taking care of all outstanding matters in regards to this situation,” her publicist said in a statement. “She is not in jeopardy of any further charges.” We’re happy to hear it! 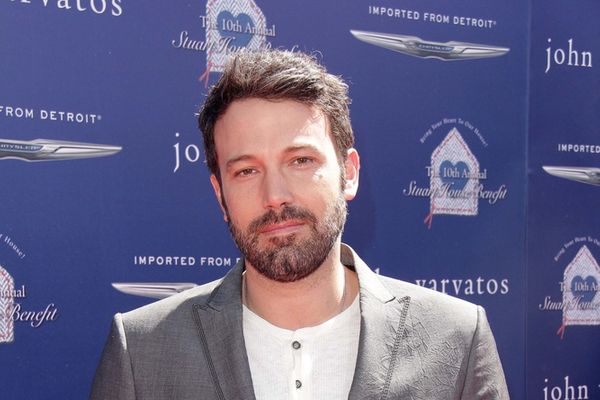