Dancing with the Stars has become one of the most popular shows on television. The competitive dance reality series first premiered on ABC back in 2005 and now has 24 seasons under its belt! The show features all kinds of celebrities from actors to athletes, musicians and even reality stars to compete against one another for the coveted Mirrorball trophy. Each celebrity is paired with a professional dancer, many of whom have now become stars in their own right for dancing on the show for so long! Here’s a list of the 10 longest standing DWTS pros!

This Dutch-American ballroom dancer has participated in 10 seasons of Dancing with the Stars! He is one of the original pros to join the series back in 2005. He has continued to appear on the show sporadically ever since. His last appearance was in season 21 when he was paired with Paula Deen and the closest he’s ever come to winning the Mirrorball trophy was in season 9 with Kelly Osbourne when the dancing duo placed in third! In between his appearances he keeps busy with other projects like his fitness program LaBlast.

New Zealand born Australian dancer Peta Murgatroyd has been a fan favorite on the show ever since she joined back in 2010. She started out as a member of the dancing troupe for two seasons and was later promoted to a regular member in 2013. Murgatroyd has competed in 10 seasons as a pro and won the Mirrorball trophy not once, but twice!

Anna Trebunskaya has competed on 11 seasons of Dancing with the Stars. The Russian born American dancer first appeared on the reality series in 2006 for season 2. Since then she’s appeared on the show sporadically with short breaks in between seasons. Her most recent appearance was in 2015 for season 21 after a five season hiatus. She was paired with Gary Busey and the two were eliminated in Week 4. Trebunskaya has never won the Mirrorball trophy, but she’s come pretty darn close! She placed second in season 2 and season 10.

Polish ballroom dancer Edyta Sliwinska has appeared on 11 seasons of Dancing with the Stars! Her first appearance was in 2005 when the show first premiered, and she continued on as a pro for the first 10 seasons until 2010. Sliwinska met her husband, fellow DWTS pro Alec Mazo, while competing on the show. They have since gotten married, welcomed a son and announced they are expecting another child this summer! After a long hiatus, Sliwinska returned for her 11th season in 2016 for season 22, but was eliminated in Week 2.

Maksim Chmerkovskiy has become one of the most well known and loved stars on the show. He joined the competitive dance series in season 2 and competed in 16 seasons since! During this time he’s made it to the finals five times, had two runner-up finishes, two third-place finishes and won the Mirrorball trophy once in season 18. While competing on the show, Chmerkovskiy began dating fellow pro Peta Murgatroyd. The couple welcomed their first child together, a son named Shai Aleksander, in January 2017 and are set to marry this summer!

Derek Hough is one of the shows most famous professional dancers. He’s also the brother of Julianne Hough, who was also a DWTS pro, but now acts as a judge on the show’s panel. Hough has competed in 17 seasons of Dancing with the Stars. He started back in season 5 and competed in all the following seasons up until season 23, except for one (season 22). He’s recognized as one of the best professional dancers on the show as he’s the only pro to win an impressive six Mirrorball trophies, and the first ever to achieve back to back wins, twice!

Mark Ballas began dancing on the ABC reality series in 2007 for the fifth season. He stuck with it for the next 18 consecutive seasons with season 22 being his last. During his time on the show he won the Mirrorball trophy twice in season 6 alongside Kristi Yamaguchi and in season 8 when he was partnered with Shawn Johnson. He also broke numerous records like the highest premiere score in season 6 which was later matched in following seasons. Also he was partnered with the show’s youngest contestant, Willow Shields, and is the only male professional to place the same in finals twice in a row without winning. It’s unclear whether Ballas will be back on the show anytime soon, but we sure hope so!

She has one of the longest standing records on Dancing with the Star after participating in a whopping 19 seasons! This is an impressive feat considering there are only 24 seasons total which means she has appeared in nearly every since season of the show. During this time Burke claimed two Mirrorball trophies, and is credited as the first female professional to win and the first pro to win twice consecutively! Ever since season 19, Burke has been taking some time off. She did appear on season 23, but didn’t return for season 24 so she could focus more on her live stage tour with Love on the Floor and pursue new hosting opportunities.

Tony Dovolani has come the closest to appearing in every single season of Dancing with the Stars. He’s been cast as a pro in 21 out of 24 seasons! Dovolani joined the series in season 2 and appeared on the show consecutively for each season until season 22. He won the Mirrorball trophy in season 15 when he was paired up with Bachelorette star, Melissa Rycroft. In 2016, he decided not to return for season 23 and cited personal reasons. He later revealed his sister was diagnosed with breast cancer and he wanted to be by her side while she underwent chemotherapy treatment. Even though he’s chosen to take a break from the show, he recently stated he misses the show and could see himself returning for another season! Fingers crossed! 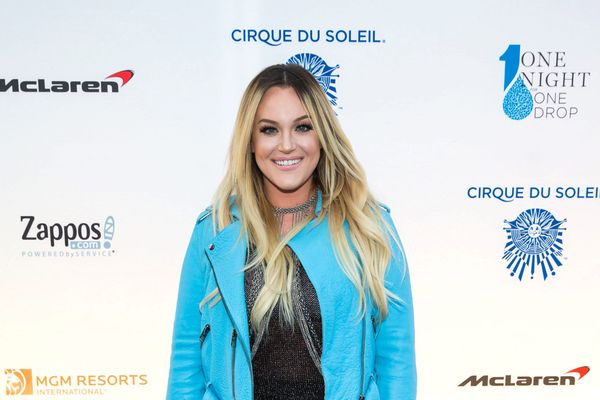