Most people struggle with their weight at some point in their life, but the pressures of Hollywood are extreme. Male actors are not immune to the scrutiny, unrealistic beauty standards and consequent self-loathing that goes along with being a media fixture. This list takes a look at some male actors who have struggled with and overcome problems with their weight.

Russell Brand is a man who is extremely open about his addictive personality, thus his battle with drugs, sex and food are well known. The actor struggles with both bipolar disorder and OCD and his bulimia was another manifestation of these issues. “I was bulimic when I was 14,” he told the Daily Mail. “I had problems with food and self-harming…my feeling about my childhood was that it was lonely and difficult.” Brand’s bulimia continued into his stint in rehab, but he has since recovered.

Actor and musician Ashley Hamilton has seen more of his fair share of struggles with drugs and alcohol, but it came as a surprise to many when he revealed that he also suffered with an eating disorder. He told People magazine, “I suffered from bulimia and anorexia. I believe it was my problem before I got into drugs and alcohol. I used the drugs and alcohol to control the food addiction.” The 6’3 actor has fluctuated between 180lbs and 250lbs over the years. Overcoming such obstacles is no easy task, and the Iron Man 3 actor says that he still struggles. “I don’t have it perfect now. I’ve been free from bulimia for years but I still struggle with food, restricting or overeating. That’s been the hardest for me in sobriety.” But in spite of his difficulties, Hamilton is positive. “When I was younger it all came so easy and I didn’t appreciate it,” he said. “I didn’t feel like I’d earned it, you know? Now I feel like I’ve earned it and I’ve really worked for it.”

Val Kilmer has yo-yo’d for the world to see. Back in ’80s, Kilmer was a stud when he starred alongside Tom Cruise in Top Gun. In 2010, the actor had packed on the pounds and became a victim of tabloid ridicule. In 2014, his Twitter account was alight with selfies of his dramatic weight loss, but once again, the pubic and media outlets charged that his weight loss was unhealthy and called the actor “gaunt.” This year, the actor has been undergoing some serious medical procedures after a tumor was found in his throat. Recent photos reveal the actor out and about without the assistance of a breathing tube and things are looking positive. We toast to Kilmer’s good health!

Who knew this Hollywood bad boy was anything short of obnoxiously confident, but back between film projects U-Turn and Pushing Tin the actor went from 197 lbs to 138 lbs! “Frankly, for a while there, I think I had a little mental problem,” he said. “I got anorexic; of course, I denied it to my girlfriend [Laura Dern] and everyone else who said I had an eating disorder.” Luckily, Thornton overcame his anorexia and is back to sporting a healthy body weight!

In 2012, Elton John revealed to Larry King that both he and his close friend Princess Diana suffered from bulimia. He attributed part of his recovery to the confidant he found in the late Princess. He told USA Today, “It was so nice to talk to someone — ‘Oh, you did that too?’ ” Elton admitted. “And she said it was so awkward to run to the toilet after the meal. It helps you feel not so bad about yourself, and it’s a little bit of camaraderie.” Thankfully, Elton was able to overcome his bulimia while in rehab for a cocaine addiction.

Silverchair front man, Daniel Johns, has spoken very publically about his battle with depression and an eating disorder. In an interview with ABC he told Andrew Denton: “I could somehow convince myself that apples contained razor blades and wouldn’t go to restaurants because I thought every chef in the world wanted to poison me…It [food] was just the enemy. I just hated the look of it, the smell of it. If anyone talked about it, I’d leave the room.” At his thinnest, Johns weighed 100 lbs! It was a long process for the rock n’ roller to overcome his struggle; he spent 12 months in treatment and has since made a full recovery.

The Prison Break star underwent a horrific experience while dealing with his weight gain. Wentworth Miller was the victim of public shaming when a meme of his once ripped figure was placed beside a photo of him after visible weight gain. The meme went viral and the Legends of Tomorrow actor took to social media to respond. He admitted that he had been battling depression and even felt suicidal. He wrote: “I’ve struggled with depression since childhood,” he wrote. “It’s a battle that’s cost me time, opportunities, relationships, and a thousand sleepless nights. In 2010, at the lowest point in my adult life, I was looking everywhere for relief/comfort/distraction. And I turned to food. It could have been anything. Drugs. Alcohol. Sex. But eating became the one thing I could look forward to.” His response closed on a positive note and encouraged people who are, or who know someone who is struggling, to reach out and get help.

Another celebrity whose weight we’ve watched go up and down over the years is John Travolta. The Saturday Night Fever icon was once a pin up for teen girls everywhere, but in the early 2000s his weight gain was notorious and he had what the tabloids called a “middle aged” appearance. Travolta told InTouch that he had taken on a pretty hefty workout routine of tennis and weight lifting, and at the Quantas Gala Dinner, he was sporting what could only be described as a much more youthful bod. The actor even looked great standing next to Miranda Kerr and that is no easy feat!

Former model, Ron Saxen, once graced the runways of many big designers, and his 6’3 stature and flowing blonde locks were much sought after. But Saxen suffered from binge eating and would chow down on cheeseburgers and candy bars as a way of dealing with industry pressure. “It was a way to cope with stress, good or bad,” Ron stated. It became so bad that Saxen ultimately gained 70lbs and lost his career. “I’d pull my jacket over the food so the person in the Taco Bell drive-thru wouldn’t look at me and say, ‘I’m giving you food and you’ve still got food,'” he says. “Then I’d go from there and pick up a king-size Snickers, king-size Reese’s, king-size Nutrageous. And then that’d be kind of too sweet. So, you might come back and have another burger or something like that.” It was the rock bottom he needed to hit and he turned his life around. He quit binge eating cold turkey and became a published author. His book The Good Eater is the story of a man’s battle with food and how he overcame the urge to binge.

Many actors are forced to lose weight in order to play particular roles and that’s exactly what happened to Dennis Quaid when he dropped 40lbs to play Doc Holiday in Wyatt Earp. Unfortunately, the weight loss and obsession with food remained behind after the role and Quaid suffered from what he referred to as “manorexia.” “My arms were so skinny that I couldn’t pull myself out of a pool. I’d look in the mirror and still see a 180 pound guy, even though I was 138 pounds,” Quaid told Best Life magazine. “For many years, I was obsessed about what I was eating, how many calories it had, and how much exercise I’d have to do.” Luckily, Quaid received treatment and eventually recovered from the illness. 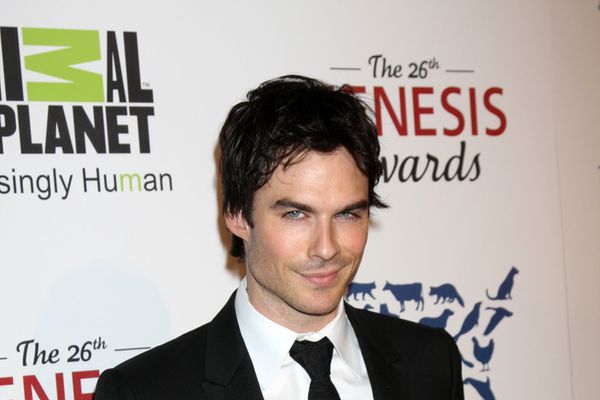