Breaking through in Hollywood can be tough work, especially when acting roles can be quite demanding. Some actors are willing to go any length to land a good role, or do justice to a film project- – even if it means putting their health at risk. Whether losing weight or putting on pounds, many actors in Hollywood have pushed their bodies to extreme lengths to prepare for a role. Here’s our list of the 10 most ridiculous diets that male celebrities have done. Trust us, the results are shocking.

If anyone should win an award for their dedication to an acting role, it should be Christian Bale. The 6 foot tall actor managed to lose a record 63 pounds over the course of 4 months for his role as an insomniac in the psychological thriller The Machinist. The actor’s weight drastically dropped from 173 pounds to a mere 110, the result of a strict eating regime. Bale’s daily diet was comprised of an apple and/or can of tuna, black coffee, and water. It’s also been reported that the actor chewed a lot of gum and smoked cigarettes, He also had a rigorous workout schedule that included intensive cardio and weight training. Six months later, he regained the weight to play Bruce Wayne in 2005’s Batman Begins. More recently, the actor put on the pounds for his role in American Hustle. Bale gained 40 pounds by eating a continuous amount of junk food like cheeseburgers. The drastic changes in his diet over the years can’t be good for him!

If you’re not a fan of kale, then you’ll cringe hearing about this next diet. To prepare for his role in 2014’s Nightcrawler, Jake Gyllenhaal wanted to look haggard like his shady character Lou Bloom. The actor resorted to a harsh dieting regime that consisted of tea, chewing gum, and kale salad. Despite eating barely anything, he ran 15 miles a day, which resulted in him losing 30 pounds. Speaking to Entertainment Weekly, Gyllenhaal said the diet had a toll on his personal life. “The running thing, you’re pretty hungry because you’re not eating a lot of food,” he stated. “You’re lonely because you’re not meeting your friends for dinner. People go, ‘Hey you want to meet for dinner after work?’ I go, ‘Well, I’m shooting all night.’ ‘Alright, you want to meet for lunch?’ I’m like, ‘I can’t!’ So I’m gonna go run.”

Inspired by Christian Bale’s drastic weight loss, 50 Cent followed suit to prepare for one of his movie roles. In 2010, 50 Cent underwent a rigid diet in an effort to shed some pounds for his role as a football player diagnosed with cancer in Things Fall Apart. The rapper went from 214 pounds to 160 in less than 10 weeks as a result of a liquid diet. He also ran on the treadmill for at least 3 hours a day. In an interview with Parade Magazine, he said the unhealthiness of the diet helped him to mentally prepare for the role of a cancer patient. “The weight started coming off and my manager told me, ‘You better get yourself to a doctor!’ I just didn’t want to go because I had to match the look in my mind,” he said. “I was so into what I was doing that I wasn’t really concerned with that. I just kept looking at myself in the mirror feeling like I have to be smaller. I had to match.” Now that’s commitment.

Known for his muscular athletic build, Chris Hemsworth underwent a significant transformation for the 2015 film In The Heart of the Sea. The Thor actor told Jimmy Kimmel he wanted to look “scrawny” for his role as a starving whaler in Ron Howard’s historical biographical film. To achieve the thin build, Hemsworth restricted his food intake to 500 calories a day. The actor told Men’s Health magazine that the diet was rationed because he had to lose weight while shooting the film. “We couldn’t go away for a month and get skinny, we had to do it while we were shooting,” he told the magazine. “At one point, a day’s rations were a boiled egg, a couple of crackers and a celery stick,” he added. He lost 33 pounds in 4 weeks. We’re happy he’s back to looking healthy.

Whether it’s losing weight or gaining it, Jared Leto has gone to extreme dieting measures to prepare for his acting roles. In Requiem for a Dream (2000), the already thin actor lost 28 pounds to play heroin addict Harry Goldfarb. His diet consisted of nibbling on small bites of raw vegetables. In 2007, Leto played John Lennon’s murderer, Mark David Chapman. This role required the actor to gain over 60 pounds, a diet that caused him to suffer from gout. “I couldn’t walk for long distances; I had a wheelchair because it was so painful. My body was in shock from the amount of weight I gained.” By 2013, Leto was back to losing weight again, this time to play an HIV-positive trans woman in Dallas Buyers Club. He shed 40 pounds by not eating, and the drastic weight loss changed his life. Only 114 pounds, he told TheWrap, “It changes the way you walk, the way you sit, the way you think.” We’re surprised he hasn’t been hospitalized for his dangerous dieting practices.

Russell Crowe packed on the pounds in the unhealthiest way imaginable for his role as a CIA veteran in Ridley Scott’s Body of Lies. The Aussie actor gained 63 pounds by eating a high-fat diet comprised of junk food – bringing his weight up to 257 pounds. Talking about his preparation for the film, Crowe joked, “I’ll have that cheeseburger for breakfast, thank you!” Crowe found it easy to put on the weight for the role. “If you want to put on weight, you just elect to live a sedentary life style,” he said. “Just as soon as you stop actually being active and decide to eat what ever you want, then these two things will combine very quickly.” Unfortunately, Crowe didn’t have such an easy time shedding the gain. It took more than a year to get back to his original weight. What’s that they say about a moment on the lips lasts forever on the hips?

Matt Damon’s ridiculous diet caused lasting damage to his body. A relatively unknown actor at the time, Damon wanted to show his commitment to the craft. In 1996’s Courage Under Fire, Damon played a solider who was traumatized by war, so much so that he was addicted to heroin. Although his part only required 2 days of filming, Damon wanted to bring all he could to the role. He lost 50 pounds by eating a small portion of a chicken breast, egg whites, and one plain baked potato. He drank a large amount of coffee and smoked cigarettes to suppress his appetite. His intake was often around 100 calories a day. The actor also ran 13 miles every day, and experienced hot flashes and dizzy spells. The diet put too much stress on his adrenal gland and he spent a year and half on medication trying to correct the damage.

We’re used to seeing Colin Farrell look fit and muscular on screen, but he’s also gained weight for one of his roles. In the 2015 sci-fi comedy film The Lobster, the Irish actor gained 40 pounds in 8 weeks. When asked about how he added the weight, Farrell told The Hollywood Reporter: “I would put [ice cream] in the microwave to melt and drink it. Two cheeseburgers, fries and Coca-Colas, and two slices of chocolate cake at 10am is not that fun – and I love cheeseburgers.” That does not sound healthy! The change in appearance was not only shocking to fans, but to the actor himself. “I gasped [when I saw myself shirtless on screen]. I’d forgotten what it looked like.”

Word of advice: if you find yourself having an argument with yourself, then perhaps you should try a different diet. Steve Zahn experienced this when he went on an extreme diet to lose 40 pounds for Rescue Dawn. To prepare for his role as a prisoner of war,  Zahn went on a raw diet and worked out extensively. The diet left him delusional. In an interview in Collider, Zahn talked about the toll the diet had on his mental health. “[A]fter two weeks, I was just out of my mind with the raw thing. And I remember sitting there by myself in the kitchen, like having an argument with the air. ‘Wait, if I heat up the vegetables, I’m going to get fat? I’m going to eat salmon! How about that? I’m going to eat some salmon!’ And I totally gave in. but my mind was so trained I thought that I was like cheating my ass of because I was having a piece of salmon.” After that, the actor took things a little slower, and thank goodness for that!

Michael Fassbender looked sickly after he lost weight from his ridiculous diet for 2008’s Hunger. The film chronicles the 1981 Irish hunger strike, and starred Fassbender as real-life prisoner Bobby Sands who led the strike. Wanting to do justice to the role, the actor resorted to a limited 900-calorie diet per day that included eating a small tin of sardines each evening. Fassbender also want on very long walks, and practiced yoga. He had just 10 weeks to lose weight, and managed to shed 42 pounds. Speaking with The Guardian, he said “I didn’t want the last part of the film to break the illusion. I knew I had to get superthin.” After the film, he was in high demand, soon after starring in Quentin Tarantino’s Inglourious Basterds. 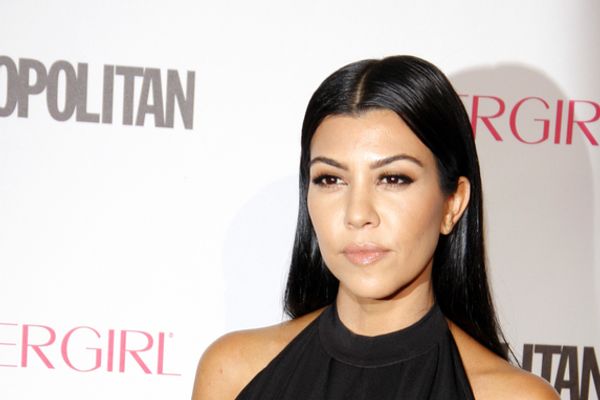 6 Celebrities With The Most Restrictive Diets