With their stellar streak of successful shows, CW pretty much guarantees that any actor nabbing a role on one of the network’s series will see a serious bump not only in their popularity, but also in their bank account. Although for some, it can be the first step they need to break into their entertainment career, for others it’s the starring part they’ve always been aiming for, and for all it’s a major credit on their professional resume that brings them the big bucks. From Vampire Diaries to Arrow, Supernatural to Jane the Virgin, you’ll be pretty impressed with these 10 CW stars when you find out how much they’re each worth.

Estimated Net Worth: $5 million. Willa Holland is certainly a star on the rise. You’ll probably recognize her as Kaitlin Cooper on The O.C. Or maybe you know her as Agnes Andrews from Gossip Girl. Or there’s a chance that to you, she’s best known as Thea Queen, a.k.a. Speedy from Arrow. This CW actress already has a string of successful roles under her belt, not to mention an estimated personal net worth of $5 million in the bank. 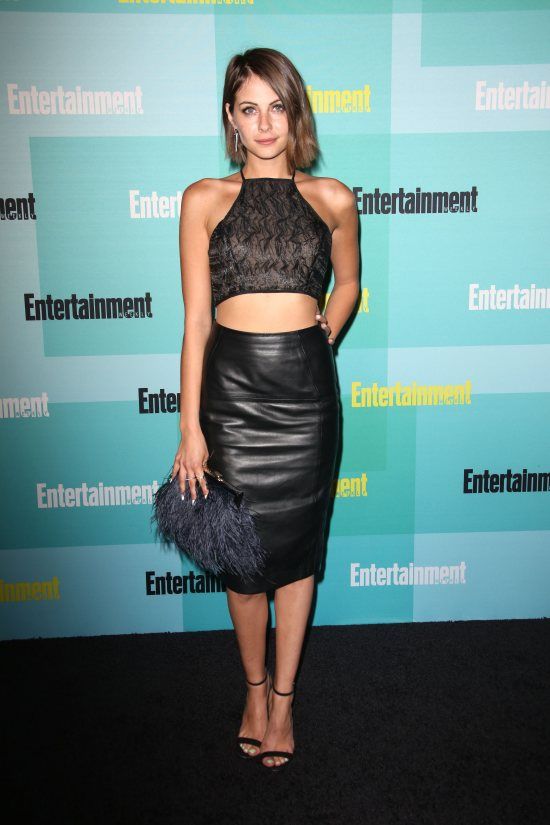 Estimated Net Worth: $5 million. Everything is bigger in Texas, where Supernatural star Jared Padalecki grew up, except for maybe paychecks. Although there’s no doubt that you can do well for yourself in the Lone Star State, Jared has managed to do well for himself in Hollywood by nabbing the role of Sam Winchester which has not only brought him coveted CW success, but also brings him $125 thousand per episode adding to his impressive estimated net worth of $5 million. 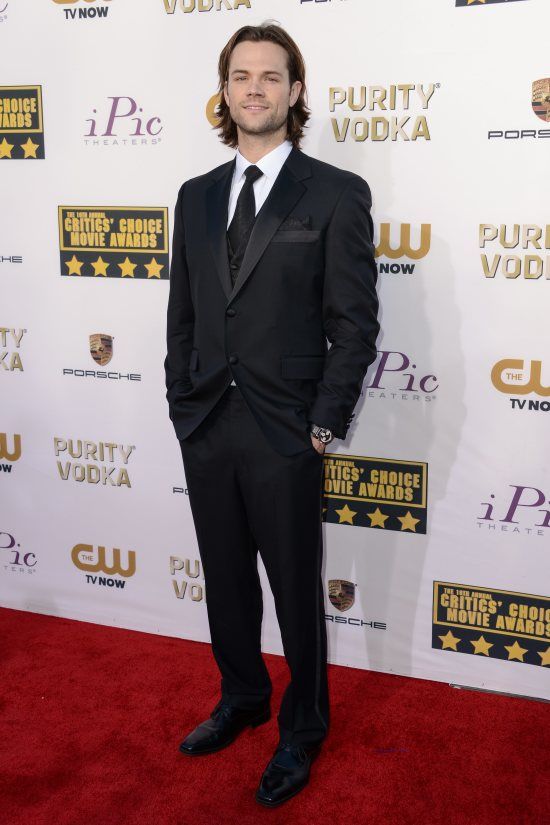 Estimated Net Worth: $2 million. Since it premiered on the CW network in September of 2009, The Vampire Diaries has continued to dominate as one of its most popular shows. Paul Wesley got the opportunity of a lifetime when he was hired to play the show’s main teen gal’s love interest and the younger of two vampire siblings, but he didn’t stop there and in Season 5 added the title of Director to his resumé. Also having appeared on shows like 24, 8 Simple Rules, American Dreams, Army Wives, Cane, Everwood, Guiding Light, Smallville, and The O.C., Paul Wesley is certainly living it up as one of the undead while earning himself an estimated net worth of $2 million. 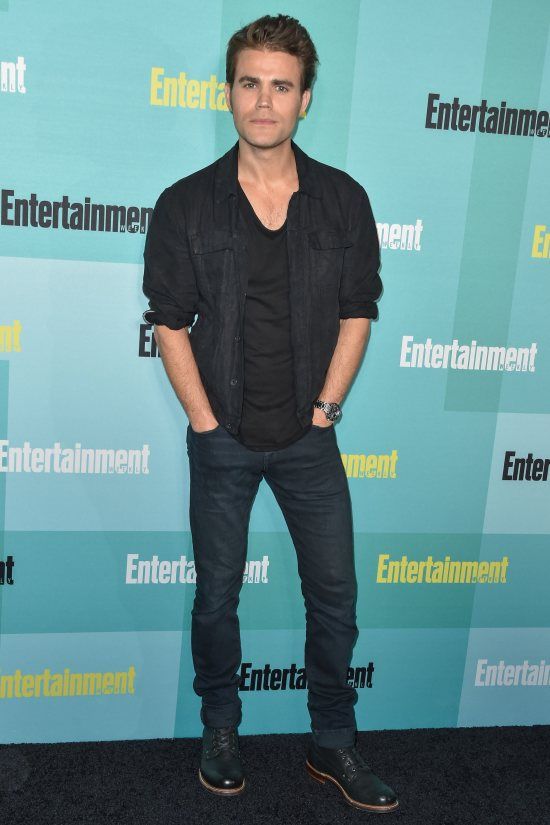 Estimated Net Worth: $2.5 million. Katie Cassidy isn’t a new face to the CW scene having appeared on Supernatural in the past as well as other popular shows like Melrose Place and Gossip Girl and movies like Click, Taken, Monte Carlo, and The Scribbler as well as horror films like When a Stranger Calls, The Lost, Black Christmas, and A Nightmare on Elm Street, but these days fans of the young actress can spot her on CW’s hit series Arrow which adds to her personal estimated fortune of $2.5 million. 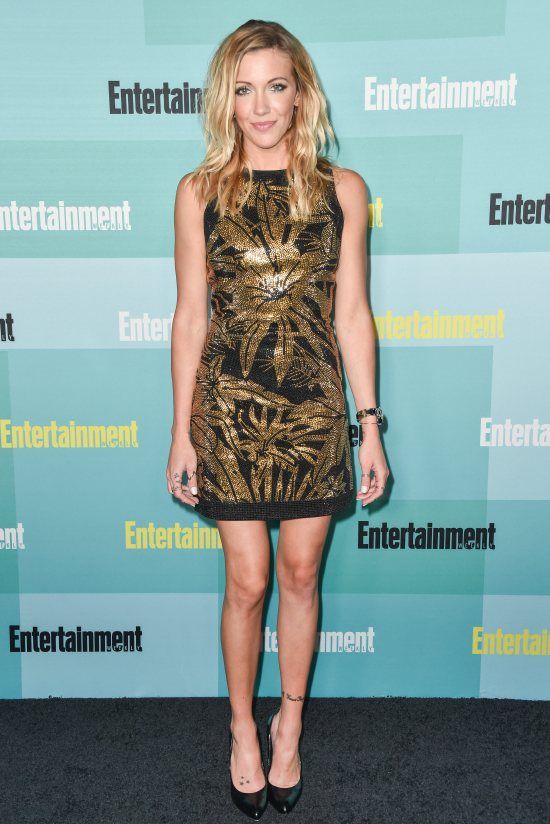 Estimated Net Worth: $3 million. Kat Graham started her career in the industry when she was only six-years-old and spent her childhood appearing in commercials for Barbie, K-Mart, and Pop-Tarts among others. From there, she began appearing on popular TV shows like Hannah Montana, Lizzie McGuire, CSI: Crime Scene Investigation, The O.C., Malcolm in the Middle, Joan of Arcadia, Grounded For Life, and Greek. Nowadays, she’s charming fans as Bonnie Bennett on The Vampire Diaries, as well as working on a recording deal with A&M Octone Records and released the single “1991” which has helped her earn her current estimated fortune of $3 million. 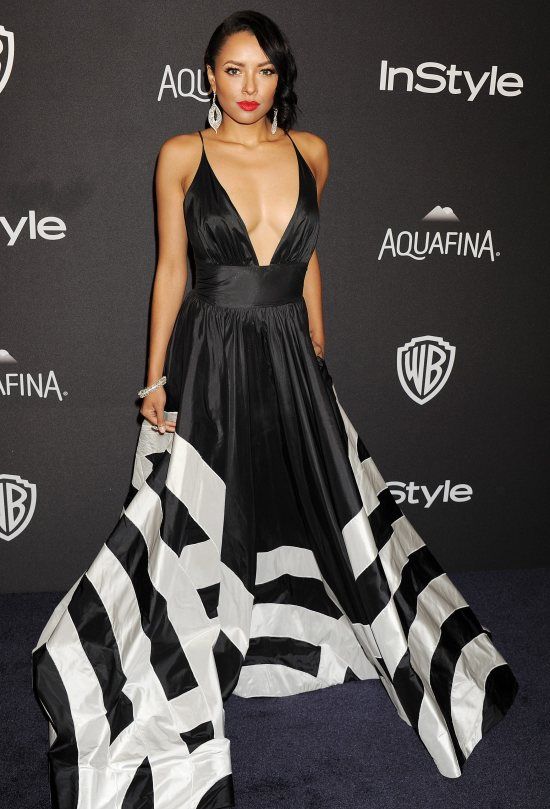 Estimated Net Worth: $2 million. Another member of The Vampire Diaries cast also just happens to be a new mama. Candice Accola just welcomed her first little one with hubby The Fray’s Joe King and little baby Florence will surely grow up to be proud of her mom’s stellar CW career. Appearing in the past on shows like How I Met Your Mother, Supernatural and Drop Dead Diva, her role as teen vampire Caroline Forbes has resulted in an estimated $2 million fortune for the mom to buy lots of adorable newborn baby clothes. 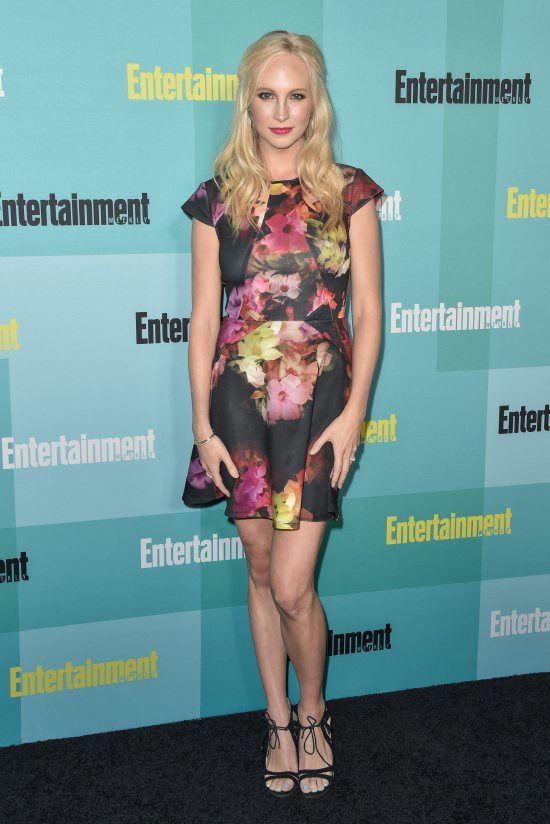 Estimated Net Worth: $5 million. Gina Rodriguez may face her fair share of dilemmas in the starring role on Jane the Virgin, but in real life things seem to be going just fine for the young actress. Making her name in the biz as Majo Tenorio in the  film Filly Brown and as Beverly in The Bold and the Beautiful, Gina is now making audiences laugh as CW’s Jane Villanueva. The role, for which she’s already earned herself a Golden Globe Award for Best Actress – Television Series Musical or Comedy, has also helped her earn an impressive estimated net worth of $5 million. 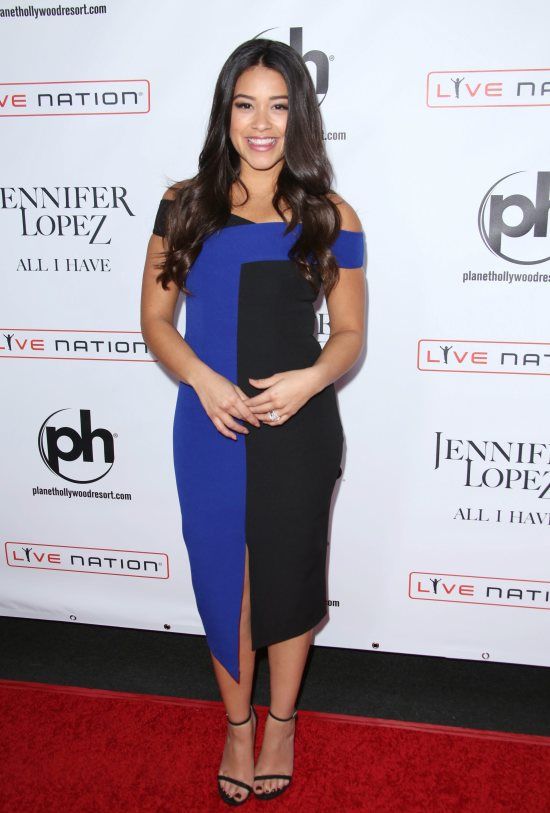 Estimated Net Worth: $2 million. Grant Gustin first had fans falling in love with his as Dalton Academy Warblers’s Sebastian Smythe on Glee. From there, he appeared as Barry Allen in the second season of Arrow in what was initially supposed to be merely three episodes to set up the character for a possible spin-off series. This plan was scraped in part when the pilot was picked up on its own and The Flash premiered to massive success. Already safe with a second season, The Flash will continue to help Grant Gustin add to his estimated personal net worth of $2 million. 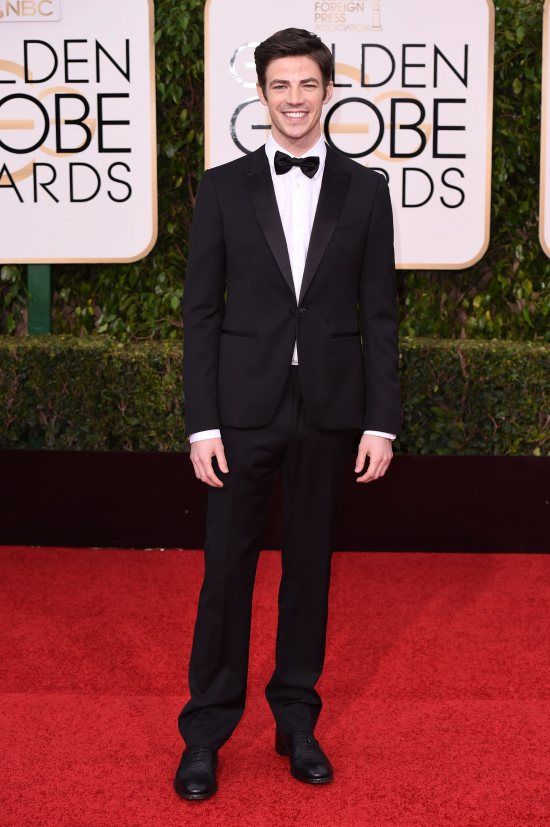 Estimated Net Worth: $4 million. Not all of Ian Somerhalder’s roles have been super successful. For instance, were you aware that he starred in a short-lived, total bomb of a Dawson’s Creek spin-off show called Young Americans? He played the son of the dean at a prestigious boarding school and it was a story that just didn’t vibe with fans at the time. But things worked out fine for Ian and he’s not only appeared as Boone Carlyle in the massively popular series Lost and, of course, these days is the icy-eyed star on The Vampire Diaries. His current success is the major reason he’s estimated to be worth at the moment an impressive $4 million. 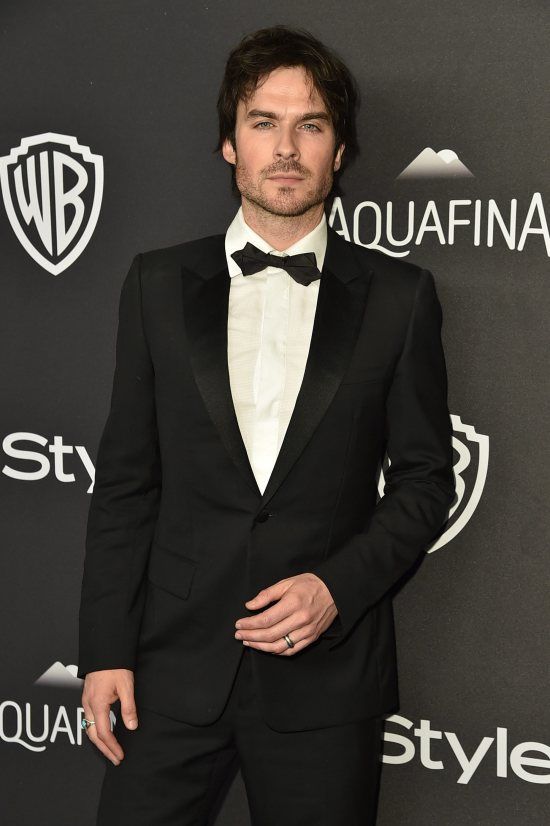 Estimated Net Worth: $10 million. When you’re talking about your favorite CW stars, you simply can’t leave out Jensen Ackles. Earning himself fans early on as Eric Brady on daytime TV’s Days of Our Lives, he also nabbed roles as Alec/X5-494 in Dark Angel and Jason Teague on Smallville. But it’s his current starring role as Dean Winchester on the CW’s Supernatural which earns him a wild $175 thousand per episode and has contributed to his massive personal net worth of $10 million. 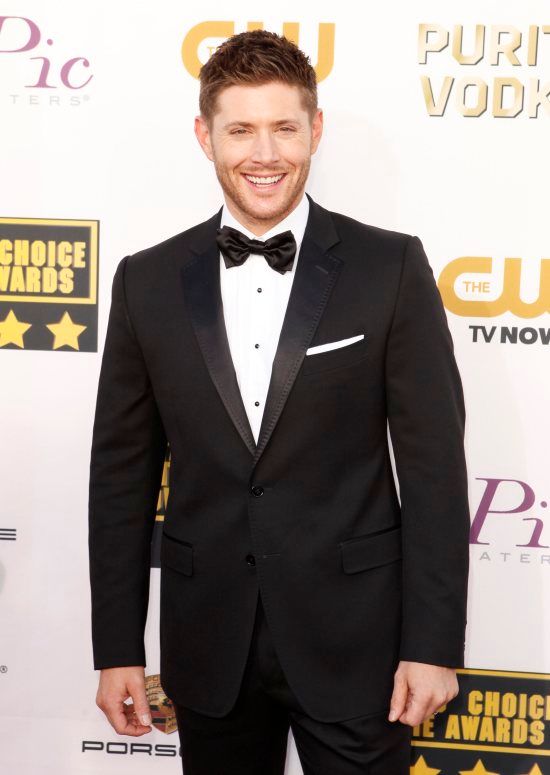 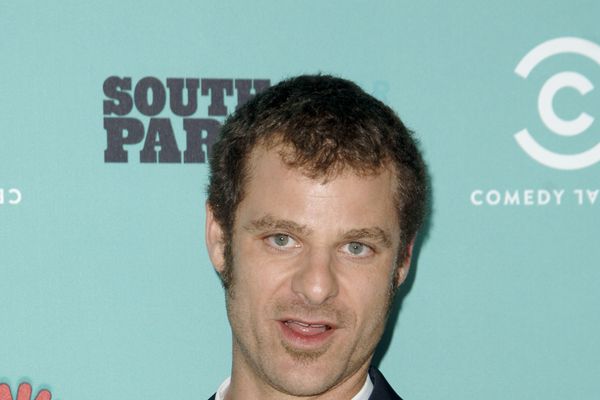 11 Richest Voice Actors: How Much Are They Worth?