The land of daytime drama can be a glamorous place to live, both on and off the television screens. Parties and galas, award shows, travel, and so much more. While these things are all fun, the lack of routine can take a toll on a soap opera star’s body, mind, and skin. Thankfully there are all-natural solutions out there and treatments to help slow down the aging process, but there are some celebrities out there who look like father time hasn’t given them a second glance. Below is a list of 10 soap stars who seemingly haven’t aged one bit.

Vanessa got her big break on the Hollywood scene in 1992 at the age of 24 when she entered the world of General Hospital (GH). She wowed fans with intense her romances with Jagger Cates, Jax, and of course, Sonny Corinthos. She was also cast in Prince’s video for “The Most Beautiful Girl in the World” in 1994 and hit People’s list of 50 Most Beautiful in 1995. Marcil is an absolutely a stunning woman, but what is more incredible is the fact that at 48 years of age, she is almost just as beautiful (if not more beautiful) than the first day she stepped into Port Charles. If this woman has a secret to aging, then we want to know what that is! 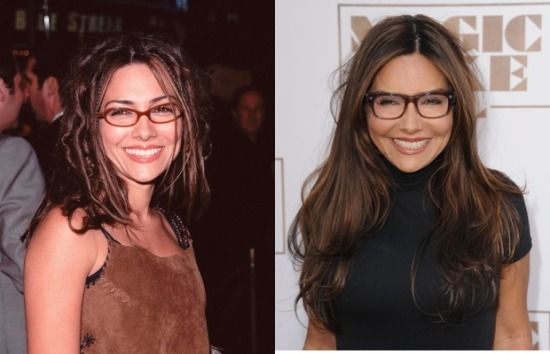 This list isn’t only about the ladies of daytime — there are plenty of men out there in soap opera land who continue to make us all wonder … do they ever age? The first male to hit the list is GH’s Kin Shriner. At 63 years of age he continues to wow and woo the ladies in Port Charles and it’s hard to believe he’s been on the soap for almost 40 years now. While Kin is probably best known for his GH character Scotty Baldwin, he’s also had jobs with other soaps, including the Young and the Restless (Y&R), Bold and the Beautiful (B&B), and As the World Turns. 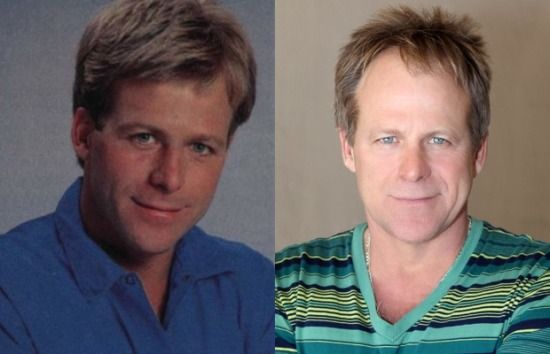 A veteran of the soaps, it’s hard to believe that Kristian Alfonso is actually 53 years old. She’s a timeless beauty and her good looks have carried over the past 30 years as she has been playing Hope Williams Brady on Days of Our Lives (DOOL). During a March 2014 interview with the Daily Mail, Alfonso insisted that she would never partake in plastic surgery. She said she wants to age gracefully. No problem with that! Especially since after three decades on television Alfonso is just as stunning as the day she debuted. 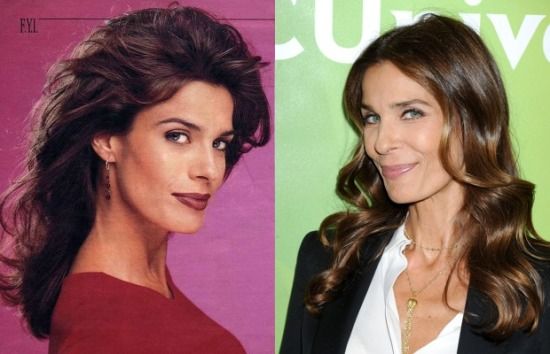 Like a fine wine, Kristoff St. John just gets better with age. While he’s had acting stints on the Cosby Show, A Different World, and Family Matters, he is undeniably most well-known for his Y&R role, playing Neil Winters. St. John entered the role in 1991 at 25 years of age and about 26 years later at the age of 50, St. John pretty much looks the same. It’s no wonder he’s wowed leading ladies in Genoa City like Ashley Abbott, Leslie Michaelson, and of course, Drucilla Barber. 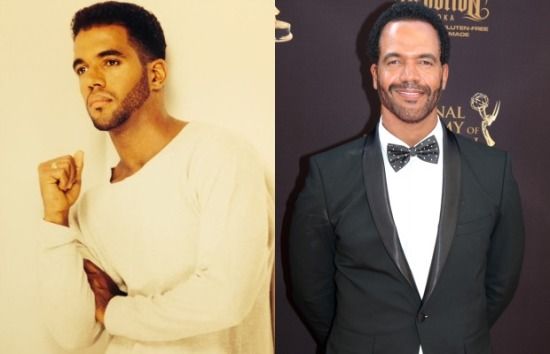 Melissa Reeves entered the world of daytime drama playing Jade Perkins on Santa Barbara. While most of us know her as the ultimate girl next door playing Jennifer Horton Deveraux on DOOL, it’s hard to believe she’s been on that show for over three decades. What is even harder to believe is the fact that Missy turns 50 years old this year on March 14th, and the actress doesn’t look a day over 30. Anyone could easily mistake her for her look-alike daughter Emily. If you are ever on Instagram, you may want to take a peek at her account and see how anyone could confuse the two, despite the 25-year difference between them. 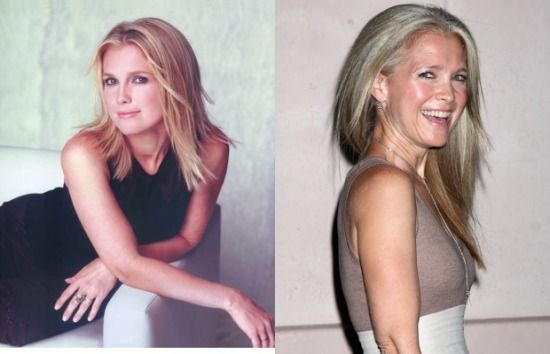 Age aside, Michelle Stafford has one of the best-looking bodies in daytime television today. The 51-year-old actress has been playing a temptress on the soaps since she landed her Phyllis Summers role on the Y&R in 1994. Twenty-three years later and Michelle is still as beautiful and fit as the day she entered Genoa City. Now playing Nina Clay on GH, fans constantly ask her how she’s able to stay in phenomenal shape and have such amazing skin. Well, Stafford currently has a skin care line known as Skin Nation that has a variety of products to meet a diverse range of needs. She’s also a huge advocate of eating healthily and staying active. Simple and basic tips to get through life and battle the aging process: treat your body well and it will blossom! 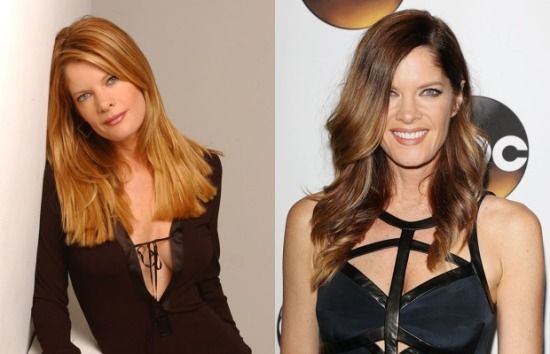 Sadly, the Y&R’s Dylan McAvoy’s days seem to be numbered in Genoa City, as Steve Burton reported late last year that he would be leaving the soap opera come 2017. What will he do next? Any chance he’ll end up back at GH? Many soap opera fans are hoping so. Burton has become a staple on daytime television since he entered Port Charles as Jason Quartermaine (later Morgan) in 1991. While the Jason GH character changed over the years, one thing has remained the same: the fact that Burton simply escaped the aging process over the years. No matter what he does or where he goes, at the age of 45, Steve Burton remains to be one of the most handsome men daytime television has ever seen. 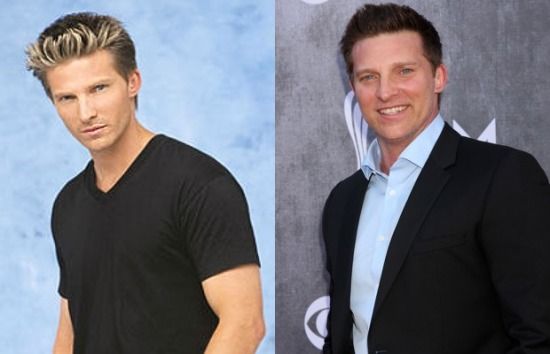 It seems almost impossible to think that Rebecca Herbst will be turning 40 this year. The actress made her daytime drama debut in 1997 entering GH’s teenager scene and while she has matured incredibly over time, she really does still look like that teeny bobber who came to Port Charles about two decades ago. Twenty years later and Rebecca is undeniably one of the most popular characters on the show and is a staple on GH. She also has not aged one bit. 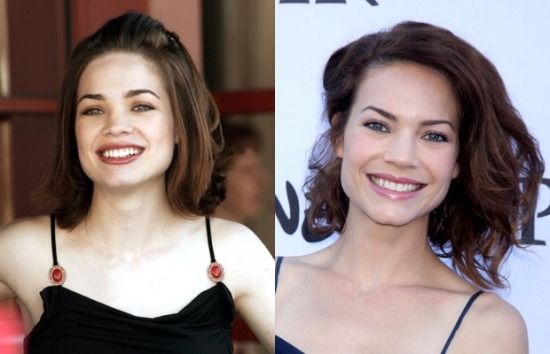 Patch or no patch, Steve Nichols has been a huge daytime heartthrob from the moment he stepped into Salem in 1985. With over 35 years in the soap opera industry, Nichols might be best known for his Steve Johnson role on DOOL, but he’s also been on other daytime drama shows like the Y&R and GH. It’s incredible how at 65 years of age, this soap opera veteran is just as handsome as he was in his thirties. While he continues to do amazing things on television, he is clearly somehow able to avoid the aging process. 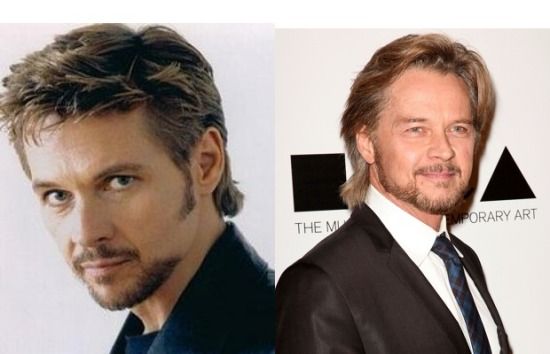 Talented, beautiful, and charming, Finola Hughes will be celebrating her 58th birthday come this October. Fans adore her as the smart super spy Anna Devane on GH and we have seen her go through her ups and downs over the past 35 years as she battles mobsters, evil villains, and generally saves the world from all that is bad. While she’s had romance, heartbreak, children, and grandchildren over the years, one thing she has yet to do is look her age. The stunning beauty has rocked the clock when it comes to aging and continues to wow the audience and leading men well into her 50s – and probably won’t slow down anytime soon. 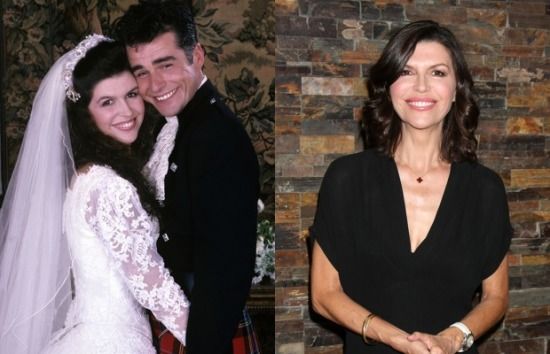 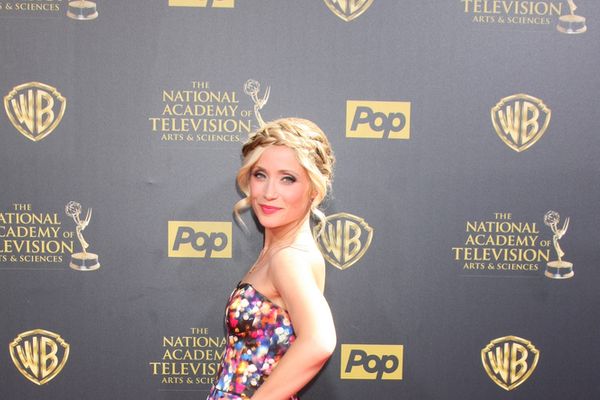