Stars Who Married Their Rebounds

Celebrities have it really easy when it comes to relationships – they always seem to be meeting new people, so they are never really single long. When one relationship ends, another always quickly begins. Rebounding is perfectly normal and totally acceptable. When it comes rebounds, however, there are some rules. One important rule is not to marry the person you rebound with. We have 14 celebrities who broke that rule and went ahead and married their rebounds anyway. Many of these marriages are still going strong.

When it comes to models, Adam Levine can’t help himself. He can be monogamous, however, when one relationship ends, he quickly moves onto the next. For a couple of years, he was pretty serious with Anne Vyalitsyna. When she dumped him in 2012, he jumped into a relationship with one of her model friends, Behati Prinsloo. They dated for several months but broke up. While they were on a break Levine dated another model, Nina Agdal. When this didn’t work out, he was suddenly back with Prinsloo. To everyone’s surprise, shortly after they got back together, they announced that they were engaged! Many people didn’t think these two would make it down the aisle, but they did. These tied the knot in Los Cabos, Mexico, in 2014. Levine seems pretty smitten with Prinsloo. On The Ellen Degeneres Show, he talked about how much he loves being married to her. “I never really thought I would adore it. It’s so trippy. I’m a child. How did this happen?” he said. “I use that word [wife] right now a lot.”

Jessica Simpson did a lot of rebounding after she ended her three-year marriage to Nick Lachey. She hooked up with Adam Levine, John Mayer and Tony Romo. After Romo dumped her the night before her 29th birthday, the former reality star was quick to hook up with former NFL pro, Eric Johnson. While these two seem happy together, many have commented that he doesn’t actually have his own career, but that doesn’t matter to Simpson! Shortly after Nick Lachey and Vanessa Minnillo announced their engagement in November 2010, the singer-fashion designer announced that she and Johnson were also engaged, making many people wonder if she was just trying to compete with her ex. Lachey ended up beating her down the aisle. Simpson got pregnant twice after announcing her engagement, which kept pushing her wedding date back. She finally married Johnson in July 2014.

In 2014, Naya Rivera and Big Sean were engaged; however, for whatever reason, he broke off the engagement. It looks like Rivera really wanted to get married. During summer of 2014, on the same day that she was supposed to marry Big Sean, she married a longtime friend of hers, Ryan Dorsey. According to some friends of hers, no one even knew that she was dating him, so the wedding came as a bit of a shock. After staying married for a few years, Naya and Ryan divorced in 2018.

Jennifer Lopez is a serial monogamist. When she is done with one man, she quickly moves on to the next. When her relationship with Ben Affleck went sour, it was no different. She found solace in Marc Anthony’s arms. These two had been friends for years. According to her, they always had a lot of chemistry; however, they never did anything about it because the timing was off. In her book, True Love, Lopez suggests that her relationship with Anthony was a rebound. “Marc came back into my life three days after I should have been at the altar saying ‘I do’ to another man,” she said. “Thinking back, maybe deep down I knew that this was a Band-Aid on the cut, that my wound hadn’t been stitched or healed. But I pushed all that to the back of my mind. Because life takes unpredictable twists and turns, right? And you’ve just got to go with what you feel is best in the moment.”

When Kaley Cuoco hooked up with Henry Cavill, she had just ended a relationship with musician Bret Bollinger. Cuoco and Cavill dated for less than two weeks; however, sources say that the fledgling relationship ended because she was overwhelmed by the amount of attention they received on their dates. Almost immediately after breaking things off with Superman, she jumped into another relationship, this time with tennis player Ryan Sweeting. After only dating for three months, these two announced that they were engaged and wasted no time getting married. “I admit it happened fast, but that’s who I am. When we met, I knew he was the one,” she told Cosmopolitan. “[At my wedding], I felt like a rock star and a badass. What was amazing in that room, it was so full of love. It was like nothing I’d ever been to before, and it was exactly what we wanted it to be. It was the eighth wonder of the world, the greatest wedding of all time.” In 2015, she filed for divorce, which was finalized in 2016.

Reese Witherspoon was going through a divorce when she started dating Jake Gyllenhaal. They dated for two years and even lived together; however, a few months after they broke up in December 2009, she was with her now-husband Jim Toth and things were already getting serious. A year after her breakup, Toth proposed to her and then they were married in March 2011.

Amber Heard and Johnny Depp met on the set of The Rum Diaries while he was still involved with his longtime love Vanessa Paradis. After the breakup, rumors started to circulate that Depp had broken up with Paradis for Heard and less than a year later the two confirmed the rumors when they made their red carpet debut together. Unfortunately, Depp and Heard’s relationship was anything but stable. They were married in 2015, but 15 months later, she filed for divorce, claiming that he was verbally and physically abusive.

Nikki Reed and Paul McDonald announced that they were ending their marriage in March 2014 and then four months later she was already dating Somerhalder. These two were on the fast-track. In February 2015 – one month after her divorce from McDonald was finalized – they confirmed their engagement and then two months later they were married.

After her ending her marriage with Kris Humphries 72 days after they tied the knot, Kim Kardashian sought solace in Kanye West’s arms. It was less than two months after Kardashian and Humphries parted ways that it was reported that the two were spotted canoodling at an after party following one on West’s concert and they continued to date after this. Even before her divorce from Humphries was finalized, she was already pregnant with West’s child. Now the couple are married and have three kids together.

When Britney Spears hooked up with Kevin Federline, many of us wondered whether she was thinking clearly. She had never really healed from her failed relationship with Justin Timberlake and she seemed to be filling the void with meaningless relationships. One minute she was hooking up with Fred Durst and the next she was making out with Colin Farrell on a red carpet. When she announced that she and Federline were engaged after only a couple months of dating, we all knew that she definitely wasn’t thinking clearly and was still on the rebound. In 2008, in a documentary called For the Record, Spears confirmed our suspicions about her relationship with Federline, admitting that she married him for all of the wrong reasons. “I think I married for the wrong reasons. Instead of following my heart and doing something that made me really happy, I just did it for the idea of everything,” she said.

When George Clooney broke up with Stacy Keibler, she didn’t waste any time licking her wounds. Instead, she found herself a tech entrepreneur (Jared Pobre), got pregnant with his child and married him on a beach in Mexico. When it comes to rebounds, Pobre is not a bad choice. He is successful, wealthy and closer in age to her than Clooney. Not bad! Surprisingly, Keibler’s marriage and pregnancy announcement came out around the same time that her ex was publicly moving on with Amal Alamuddin.

Blake Lively met Ryan Reynolds on the set of Green Lantern. She was dating Penn Badgley and he was still married to Scarlett Johansson. After she broke up with Badgley, she quickly moved on to Leonardo DiCaprio, who she dated for several months in 2011. Once it became clear, however, that Reynolds was divorced from Johansson and emotionally and physically available, she dumped the Oscar-nominated actor and began a relationship with him instead. Once Lively and Reynolds began dating, these two quickly became serious. In April of 2012, they purchased a country home in Bedford, New York, together and, that September, they tied the knot at Boone Hall Plantation in Mt. Pleasant, South Carolina.

When Nick Lachey and Vanessa Minnillo hooked up, many of us thought that it was only a rebound fling. He had already been seen out with Kristin Cavallari and Kim Kardashian (who had yet to really shoot to fame) and word on the street was that he still wasn’t quite over Jessica Simpson. These two were will still in contact despite the fact that she had filed for divorce. Many people wondered if Simpson had filed in haste and if she and her estranged hubby would reconcile. Who knows what ended up happening between Lachey and Simpson. All we know is that he ultimately chose Minnillo. These two dated for several years before they finally got engaged in 2010. In 2011, they walked down the aisle and they currently have three children together.

After her two-year on-again-off-again relationship with Bradley Cooper ended, Zoe Saldana wasted no time. She quickly hooked up with Italian artist Marco Perego and married him after only five months of dating. According to friends, these two had known each other for years and had amazing chemistry. Since Saldana has been married, she has talked about one past relationship where she feels that she was disrespected. Many of us think that she’s probably talking about Cooper! “I have been in relationships where a man has disrespected me, and I don’t need to be friends with that man anymore. I don’t want to be the one going, ‘I’m cool, because I’m friends with all my exes.’ There’s a reason why you’re called an ex. I crossed you off my list. Moving on. You cross a line, you need to know that you’re going to walk this earth knowing that there’s an individual who has no respect for you,” she told Marie Claire. 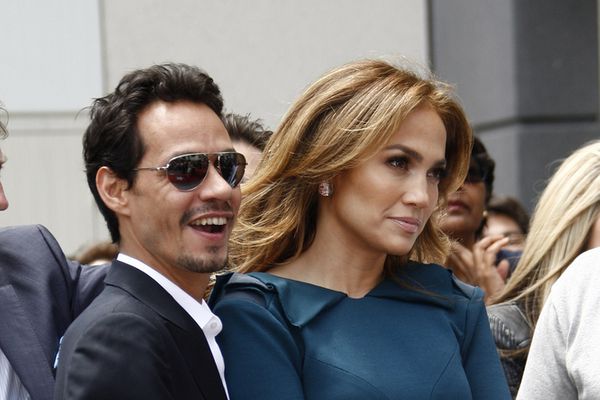