Bella Thorne is a teen actress, dancer, singer and model best known for her role in the Disney series Shake It Up. Over the years, she has amassed quite the following. We think she might just be one of the best teen role models out there right now. For those of you Bella Thorne fans, here are 10 things you didn’t know about the rising starlet:

She was born in Pembroke Pines, Florida, to Tamara and Delancey Reinaldo “Rey” Thorne. She has three older siblings, Kaili, Danielle, and Remy, who are also in the acing business. Her mother is of Italian and Irish descent while her father was Cuban. The family relocated to California in 2006 so that Bella could pursue an acting career.

The actress’ father died in a motorcycle accident when she was only nine years old. She still struggles with losing him so suddenly. “There are times where I’m completely normal even to this day and I’m just like, ‘Oh, that light post looks nice. I wonder if Daddy would like that light post.’ And then, all of a sudden, I realize I’m crying,” she told Yahoo back in November 2014.

When the Underdogs actress was in elementary, she was bullied. “I never overcame it,” she said. “I still haven’t overcome it. I just got more used to it, I would say.” Because of the bullying, she stopped going to regular school in the third grade and was homeschooled after that.

For years she didn’t have a driver’s license because she was scared of driving. Her father had died in a motorcycle accident back in 2007 and she was scarred because of it. “I’m not mature enough to accept the responsibility of perhaps taking someone else’s life,” she said. However, in December 2015, she finally overcame her fear and got her driver’s license.

The red headed beauty’s first language is Spanish, but she stopped speaking it when she started school so that she could learn English. “My first language was Spanish, but I had to drop it when I started school because of my dyslexia. I still understand it, though, especially since my mom uses Spanish to tell me to take out the trash or do the dishes!” she told Glamour.

She’s of Cuban, Italian and Irish descent, but most people don’t believe she’s a Latina. “Everybody thinks I’m just Irish, it’s ridiculous! I’m like, ‘No, I’m Cuban, and Italian and a little bit Irish’ and a lot of people think I’m lying! They’re like, ‘stop lying, Bella.’ My dad was the ONLY one born in the U.S., out of six kids, all Cuban,” she told Huffington Post.

She was diagnosed with dyslexia when she was in the first grade. “Dyslexia has affected my life in a big way. At first, I was really afraid and self conscious because I didn’t feel like I was as smart as other kids and couldn’t read the way they did. I didn’t understand why I couldn’t do so many things as well as other kids, and why I was learning so much slower. After I found out I had dyslexia, I was confused about how I felt,” she said. “In a way, I was happy to know that it was something that affects other people and that I wasn’t alone, but I also felt bad because I knew I had a big struggle ahead of me and that it may affect me my whole life. Now, I feel proud. I really work hard at reading and accept that sometimes I might get confused and that it is ok. I’m not alone. Dyslexia has taught me that if you work really hard, you can overcome great challenges.”

She has a book deal with Random House. The first book, Autumn Falls, was released in late 2014. According to her, it was inspired by her own life. It’s about “a girl who moves to Miami when her father dies and he leaves her a journal to write in to help her through high school,” she told The View. “When she writes in the journal, things come to life. But since she’s dyslexic, they come to life a little wonky, mostly backfiring on her throughout the series.”

She cites Katy Perry as her musical inspiration. Like Katy, Bella is also a singer. In 2013, she was signed to Hollywood Records, but she never released an album. According to her, it’s because she’s not that talented. “The reason why the album did not come out is because… look, I never wanted to really be an amazing singer. Honestly, I was tone deaf when I first got on the [Disney] Channel. I literally auditioned for Shake It Up! and I was like, ‘I don’t sing and I don’t dance. I have no idea why I’m here,’” she told Seventeen. “Then Disney, we started this whole singing process and I signed this contract with Hollywood Records and I told them I wouldn’t put out my album until my voice was good, until I worked on it, because there’s no way I’m putting out… auto-tuned bad music. My father always told me, if you’re going to do something, you better not do it half-assed. You have to be the best at what you do.”

The Disney star is a natural blonde, but prefers to dye her hair red. “A lot of people don’t know I’m not actually a redhead. I’m a blonde. I dyed it for Big Love. It started off more of a deep red, and Disney was like, Why don’t we take Bella all the way to blonde again?’ I don’t know why, but I had a breakdown and so overreacted. I wanted to go back to red,” she told Allure back in October 2014. 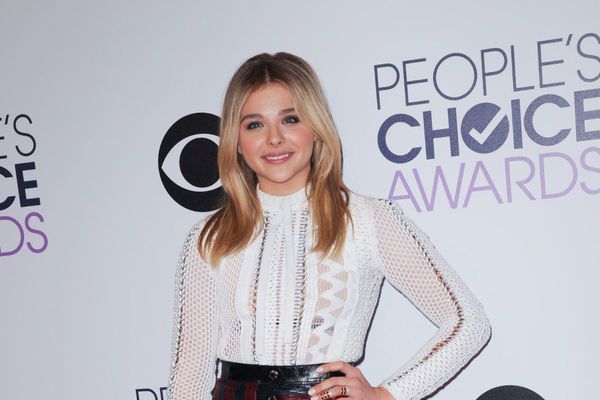 Top 10 Actors And Actresses Under 20