Courteney Cox is best recognized for her longtime role as Monica Geller on Friends, but she’s notable roles as Gale Weathers in the horror series Scream and as Julie Cobb on the sitcom Cougar Town. This A-list actress has built a successful career in film and television and can most recently be found in the feature film Mothers and Daughters. She quickly rose to the top after she landed her role on one of the most successful sitcoms of all time, but even after Friends ended she’s continued to rise to the top. In honor of her upcoming birthday, here’s a list of 10 things you might not know about Courteney Cox!

Courteney Cox may be tiny, but she is no stranger to a big meal! She loves to indulge in great food. In an interview with People she talked about her favorite meals. “At a diner, I’ll get scrambled egg whites, turkey bacon, sliced tomato, cottage cheese and a scooped-out onion bagel with cream cheese…My favorite meal is a New York grilled steak with sauteed garlic spinach and broccoli and maybe garlic chips or garlic fries. I like anything green and I love steak.” Courteney also isn’t opposed to snacking! On the set of Friends, Cox had a place called “Courteney’s Candy Cabinet” where she would store all her junk food. She told US Weekly that her favorite go-to snack was chocolate bars and she admitted she was “addicted to candy bars…my first choice would be a Butterfinger.”

Courteney, who also goes by the nickname “CeCe,” was raised in Mountain Brook, Alabama, in a suburb of Birmingham. She was raised by her two parents, Richard and Courteney, and three older siblings. She was the baby of the family with two older sisters named Virginia and Dottie and an older brother named Richard. However, her parents divorced when she was only 10-years-old. Her father moved to Florida and her mother got remarried to Hunter Copeland (Hunter is Ian Copeland’s uncle, who is the brother of Stewart Copeland, the drummer in The Police). Courteney was extremely close with her father so this caused her to become extremely rebellious. She has admitted to smoking since she was 13-years-old, but she quit shortly before her wedding to David in 1999.

As a senior in high school she got her first taste of modelling when she was cast in an advertisement for a store called Parisians. After graduation, Courteney briefly studied architecture at Mount Vernon College, but not long after she dropped out to pursue a career in modelling. She moved to New York, signed with Ford Modelling Agency and began appearing on teen magazines like Tiger Beat, Little Miss and the covers of romance novels. She eventually made it big with gigs like Maybeline, Noxema, New York Telephone Company and Tampax.

Courteney did such a good job portraying Monica Geller on Friends for so many years, we aren’t surprised to learn she had some similarities with her beloved character. She took her neat freak status to a whole new level when on the set of Friends she used to go around and clean other peoples dressing rooms. Show co-creator, Marta Kauffman, talked about it during an interview with the Los Angeles Times back in 1995. “Let’s face it, she’s adorable and intelligent and really together. She is Monica. She has the neatest dressing room. She even cleans up the other actors’ dressing rooms because she won’t go in there if they are too messy.” Oddly enough, Courteney was originally cast as Rachel Green on Friends, but it wasn’t long before the writers and producers realized she was better suited for the part of Monica.

While she was modeling, Courteney began taking acting classes. Her first acting role was in a commercial for Tampax and she became the first woman to use the term “period” on television. It took her a while to gain traction in the industry, but she eventually got her big break starring alongside Jim Carrey in the hit comedy, Ace Ventura: Pet Detective (1994). That same year she landed her career changing role as Monica Geller on Friends! Today, she’s a hugely famous actress who also works as a producer! She was a producer on her Cougar Town sitcom and the television movie, Talhotblond. Despite her success as an actress, Cox was the only cast member of Friends who was never nominated for an Emmy throughout the duration of the show. Her role on Cougar Town earned her a Golden Globe nomination, and throughout her career she’s received a Glamour Magazine’s Woman of the Year Award, Golden Derby TV Award, Teen Choice Award, Screen Actors Guild Award and TV Guide Award.

In 1999, Courteney Cox married funny-guy David Arquette. By the final episode of the series final on Friends, Courteney was six months pregnant. In June 2004, when Courteney was 39-years-old, she welcomed her first child, a daughter named Coco Riley Arquette with estranged husband, David Arquette (Fun fact: Coco’s godmother is Jennifer Aniston). She went into labor on her wedding anniversary on June 12, and gave birth the next day, two days before her birthday. Sounds like June is a busy month for Courteney! In the time leading up to the birth of Coco, Courteney and David kept extremely quiet because she was prone to suffering miscarriages. During her marriage to David she had 8 total, one before Coco in 2001 and 7 afterwards. Her eighth miscarriage happened in August 2010. In 2013, David and Courteney divorced.

Courteney works hard to promote awareness for the skin disease epidomolysis bullosa. In order to raise funds for the cause, she designed an eye shadow and lipstick called Coco for Cargo Cosmetics and all profits go to research to help find a cure. She participated in the Munchkin’s Project Pink which is an annual breast cancer awareness campaign. The project raises money for breast cancer research by auctioning off celebrity-decorated bath ducks.

In September 1999, after she married David Arquette, Courteney legally changed her name to Courteney Cox Arquette. In the opening credits of Friends, her name was changed. In 2001 she changed it back after her father, Robert L. Cox Sr. passed away. Out of respect for him she went back to her maiden name professionally.

Fans of Courteney’s have probably wondered how she and ex-husband David Arquette came up with the name ‘Coco’ for their daughter. Apparently, the name Coco is a compromise between David and Courteney because she is from the South where is it customary to pass down names — Courteney is named after her mother, Courteney Cox. However, David is Jewish and it is against tradition to name a child after a living person, so they came up with the name Coco which comes from the nickname Courteney’s friends had for her mother growing up.

1. Dancing in the Dark

Courteney was the inspiration behind the ‘Carlton Dance’ on The Fresh Prince of Bel-Air. The Carlton dance was a parody of her dance back in 1984 in the Bruce Springsteen music video for his single, “Dancing in the Dark.” She was paid $350 to act as the “surprised girl” who was pulled from the crowd to dance. Surprisingly, as one of her first acting roles, it seems to be one of her most memorable! She relieved the dance once again in 1995 while hosting Saturday Night Live after reenacting it with Adam Sandler. 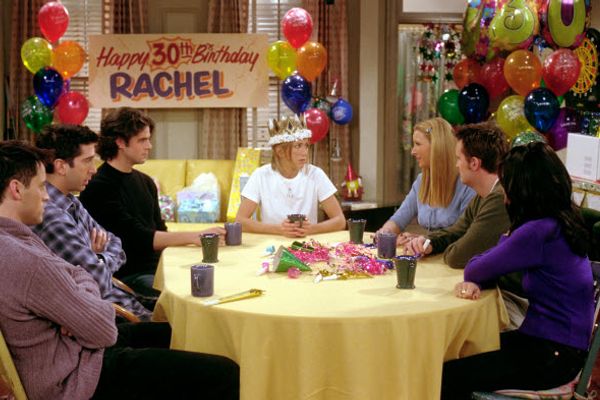