Ever since she first appeared on season 13 of The Bachelor, fans have watched Jillian Harris go from reality TV contestant, to first Canadian Bachelorette, to HGTV host and finally now a blogger with an entire lifestyle brand, wife-to-be and new mom to her son Leo George Tiziano Pasutto! In addition to her Bachelor fame, Harris has also appeared on Canada’s Handyman Challenge, Extreme Makeover: Home Edition and Love It or List It Vancouver for four seasons. She and her fiance, former professional snowboard Justin Pasutto just recently starred in their own four-part docu series on W Network and even though they’ve shared plenty about their lives with fans, here’s a look at 10 things you probably didn’t know about Jillian Harris!

Jillian Harris is one of Canada’s most beloved celebrities. Throughout her fame and fortune she’s stuck true to her roots and has never ventured far from Canada’s west coast. She was born and raised in Peace River, Alberta, and lived there for nearly 20 years until she moved to Calgary and then eventually Vancouver in order to pursue her dream as an interior designer. She recently moved to Kelowna, B.C., with her fiance, Justin Pasutto in order to be closer to her family. The two bought an older home, renovated it and travel back and forth between Kelowna and Vancouver for work.

9. How She Became a Designer

In a Q&A with Vancouver Sun, Harris talked about how she got into interior design. “I worked as a sales person [at Caban]. I also waitressed at Cactus Club. Designers used to come in (to Caban) and I’d be in awe of them…So I started a little company on the side giving design consultations….my boss, Scott Morison, founder and co-owner of Cactus Club, caught wind I was doing this and he offered me a job to be his assistant and help design restaurants…I took the year-and-a-half interior design program at BCIT. That was 2006. I started working for Scott again on his new venture, Browns. I was the project manager and designer and graphic designer for him for two years,” she said. Harris’ mother also owned a few home decor and design stores, so as a kid she developed an interest in decorating.

Jillian Harris has only one tattoo, and it’s on her foot. She has the word “Marjorie” on her foot in cursive writing. According to her everyone asks her what it means and she finally gave the answer in a blog post on her website, “Everyone asks what my tattoo is on my foot. It says Marjorie, which is my granny’s name. She’s wild and hilarious and I thought it would be fun 80th birthday present lol…”

Harris broke her nose years ago and because it never healed properly, she’d always been self conscious about it. It wasn’t until people online began pointing out her insecurities that she felt she needed to do something about it. “So if someone says your [sic] fat, have a hot dog nose (yes this happened, and yes I got a nose job because of it) choose the route of empathy instead of anger,” she wrote. In an interview with Wet Paint, she said she’s extremely happy with her decision, “People like to judge me because I’ve had my nose done and I’ve never actually talked about it publicly. But it was a personal decision and it’s my choice and I’m extremely happy about it.”

6. She Loves to Garden

On her website Harris revealed she loves to garden — it’s also pretty obvious from all her stunning Instagram pictures! “I absolutely love gardening and horticulture. I have since I was a little girl. When we bought our house I fell in love with the garden (which is really hard to keep up with my schedule) because it looks like a garden from England! Tons of hydrangeas, wisteria, peonies, lilacs, dogwood, lavender, Japanese maple, boxwood, rhododendrons, and roses!! I spend a TON of time out in my garden every year…it’s one of my favorite hobbies!” she wrote.

In January 2016, Harris announced on her blog that she was “vegan-ish” which means she would be changing her diet in small doses to attempt to eat more vegan, planet-based foods. She still eats meat, but only in small doses once or twice a week and only from local farmers. Anyone who follows Harris on social media knows she’s a kind of go-to expert on trying out new vegan products. She admits she used to “make fun of Vegans. I used to think that people who didn’t eat bacon were STUPID (that is not a lie, I really thought that) AND I used to say if I could live on ONE thing and one thing only it would be bacon burgers. Now I can’t look at it without feeling a little heart break,” she wrote on her blog.

Jillian Harris is a self-proclaimed travel junkie. She said her time on The Bachelor and Bachelorette was what got her hooked. “My two-year appearance on The Bachelor and then The Bachelorette changed my life in so many ways. It made me stronger, it made me less judgmental, more open minded, and it gave me a thirst to see the world. I’ve been to Spain, France, Italy, Mexico, all over the states, Ireland, Scotland, England…to name a few of my favorites. The list is small (in my eyes), but I can’t wait for it to grow,” she wrote in a blog post for Popsugar. She said her favorite destination so far is Ireland.

For her first 10 years of school, Jillian Harris attended a French Immersion school. As a result, she said “English was never my strong suit.” When she was a little girl she wanted to grow up to be a French Immersion teacher. Unfortunately that dream is very far off as she admits she can’t speak any French anymore!

It’s clear from pictures that Harris is a small person with a big personality, but what you might not have known is just how small she really is! In a blog post on her website, she wrote: “I’m really small. Well…5’2. When I was little everyone was worried that there was something wrong with me because I was ‘so small’ so I spent a week in the Children’s Hospital…turns out, I’m just small. LOL,” she wrote on her website.

1. What She was Supposed to be Named

In a “25 Things You Didn’t Know About Me” blog post on her website, Harris revealed she was supposed to be named Janelle, but her mom changed her mind after watching a soap opera. “My mom was going to name me Janelle but then she watched a soap opera and there was a girl named Jillian on the show, and she loved her so…Jillian became my name!” she wrote. She also said that when she was a kid her nickname at school was Jilly Bean. 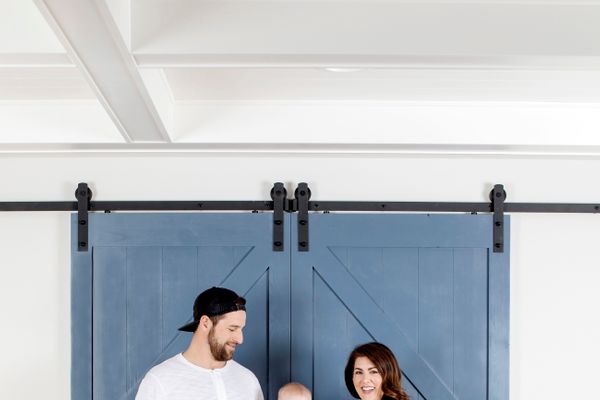 10 Things To Know About The New Docu-Series ‘Jillian & Justin’ 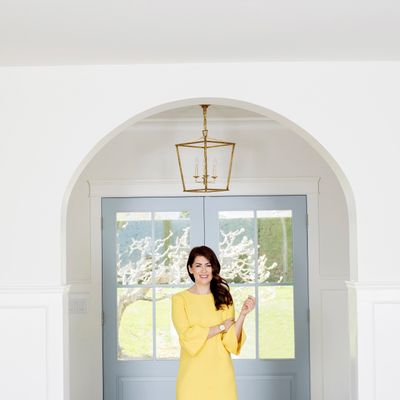