Mandy Moore is a beloved actress and singer who rose to fame in the early 2000s when she released her first single “Candy” in 1999. In the years that followed she switched over to acting and stole our hearts with roles in films like A Walk to Remember, How to Deal and Because I Said So. Moore took a brief hiatus from her career when she married singer-songwriter Ryan Adams, but she’s making a huge career comeback with her new role on NBC’s This Is Us! The series has generated a lot of buzz and fans are already head over heels in love with the show and it’s cast members, including Mandy Moore. In celebration of this — here’s 10 things you might not have known about the former bubblegum pop star!

She was born on April 10, 1984 in Nashua, New Hampshire, to Stacy, a former news reporter who once worked for the Orlando Sentinel, and Donald Moore, a pilot for American Airlines. She is the middle child of three, with an older brother named Scott and a younger brother, Kyle. Her family moved to Orlando when she was only six weeks old and she was raised in a Catholic household, although she doesn’t necessarily practice any particular religion today.  Her desire to become an actress started after she went to see the musical Oklahoma! Her grandmother was the one who actually encouraged her to go after this dream and as a child she was often chosen to sign the national anthem at sporting events. She got her big break when a FedEx man heard her singing at a recording session and he told his friend at Epic Records A&R. Not long after she was signed to the label!

The typically bubbly and smiley actress revealed back in 2007 that she struggled with depression not long after her break-up with Zach Braff, who also admitted to suffering a case of mild depression. “A few months ago I felt really low, really sad – depressed for no reason. I’m a very positive person, and I’ve always been glass-half full. So it was like someone flipped a switch in me. The breakup added to what I was going through, but it’s not the complete reason. It definitely doesn’t help if you’re already in that place,” she said. Something good did come out of it all when Moore said it forced her to ask herself some deep questions. “I’ve been going through this really crazy time in my life. I’m asking myself life-altering questions, like ‘Who am I? Where do I fit in this world? What am I doing? What do I want to do? Am I living to my full potential?” 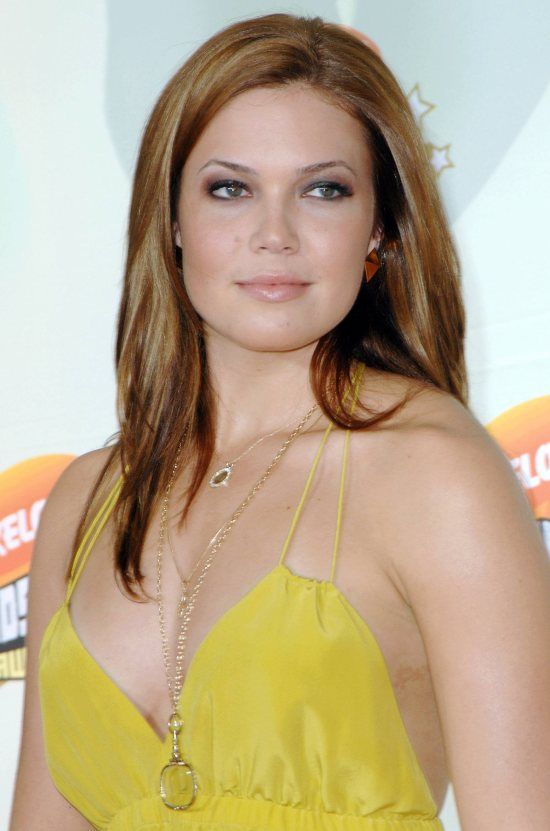 Not many people can master the art of being friends with an ex, but Mandy Moore and Wilmer Valderrama can! The two stars dated from 2000 to 2002 and just recently shared a selfie together on Instagram after running into each other on the Paramount Studios lot. He captioned the photo: “A Paramount Studios moment…When one of the most special people just so happens to be shooting her show @nbcthisisus at the same lot you’re shooting @ncis_cbs…Love you Mandela!” Their friendship is so sweet! She even admitted that she’s close friends with another one of his linked love interests, Minka Kelly. Moore apparently is best friends with Kelly who was linked to Valderrama in 2012 and again this past October after they were spotted in Mexico. When asked about this apparent love triangle on WWHL, Moore said it’s not awkward at all. “It’s not weird. I love them both. We’re like very, very close friends. [We dated] for a year – he was my boyfriend when I was 15. We can still be friends!”

Mandy Moore recently went on The Ellen DeGeneres Show and revealed that since she moved from her longtime home, her cat won’t stop crying through the night. “When we moved my cat, the grey one you just saw, was crying all night. And I gave him different food, I fed him early, I fed him late, I closed the door, I left the door open. I tried everything because, I mean, it was like a baby keeping us up all night. My last resort was, I had a friend who had a difficult period with his dog and he called a pet psychic. So I was like, I’m calling a pet psychic! That’s it! That was my last resort,” she said. “She told me that he [Addison] hated his name and that the reason he is crying all night is that he loves the acoustics in the apartment and he loves to hear himself sing.” The psychic then told her to change the name of her cat to “Fig, like Figaro. And what do you know? It worked!” Her ex-husband had named the cats after the characters on the show Moonlighting.

In a recent interview with People, Mandy Moore opened up about her 2015 divorce from Ryan Adams and said the decision to part was hard, but she needed to do it. “There are moments of being curled up in a ball on the floor. It’s really hard. But I’ve moved on and progressed in the stages of grief and being angry and feeling the loss and all that. I do believe things happen for a reason. And I think I had that mantra moving through the trying times,” she said. Despite how sad she was, Moore did say that there were a lot of happy times in her relationship. “There was a period in my life when it was so beautiful. And I had this really fascinating person [through whom] I got to see a completely different perspective on the world. [But] I wasn’t a participant in my own life for awhile. I poured so much of myself into my personal life and when that wasn’t as fruitful as I hoped it would be and I extricated myself from that situation, I was able to realize I wasn’t honoring myself and my dreams and what I wanted in life.” 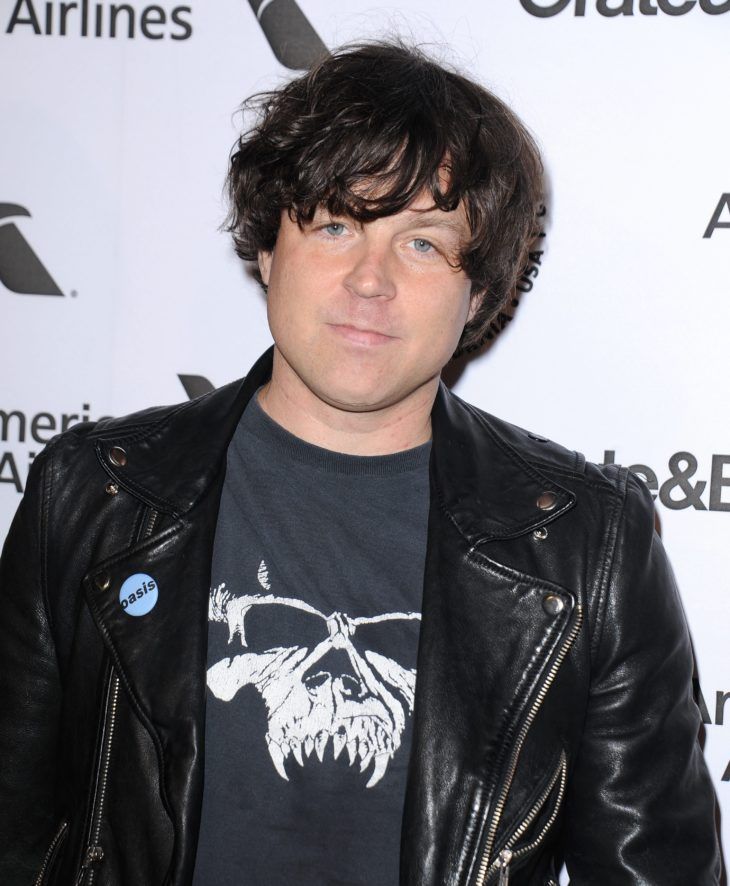 Moore told People magazine that she’s been writing new music and wants to get back into a singing career! The This Is Us star rose to fame through her music in the late ’90s and early 2000s with hit songs like “Candy,” “I Wanna Be With You” and “In My Pocket.” Her last album was back in 2009, so fans have been waiting a long time to hear some new material — it’ll be a major comeback for Mandy Moore. “I’ve been writing for the last seven years, since I put out a record. So I have a wealth of music to choose from,” she said. Moore also added that all of her past heartbreak and hardships have provided some great inspiration for her. “The ups and downs, and trials and tribulations, love, career, family, friends, loss – all of that. I feel like a lot has happened in the last two years of my life that I want to be able to put into music – and it’ll be cathartic.” Moore feels like she has so much more to offer lyrically at 32 than she did at 22 and she’s so much more comfortable in her own skin.

4. Friendship with the Osbournes

This might be one of the oddest friendships in Hollywood, but pop princess Mandy Moore and punk rocker Kelly Osbourne are old friends! In 2002 Moore and Osbourne posed together for the cover of Elle Girl and Moore even appeared in a few episodes of their reality television show The Osbournes as a friend of their family. 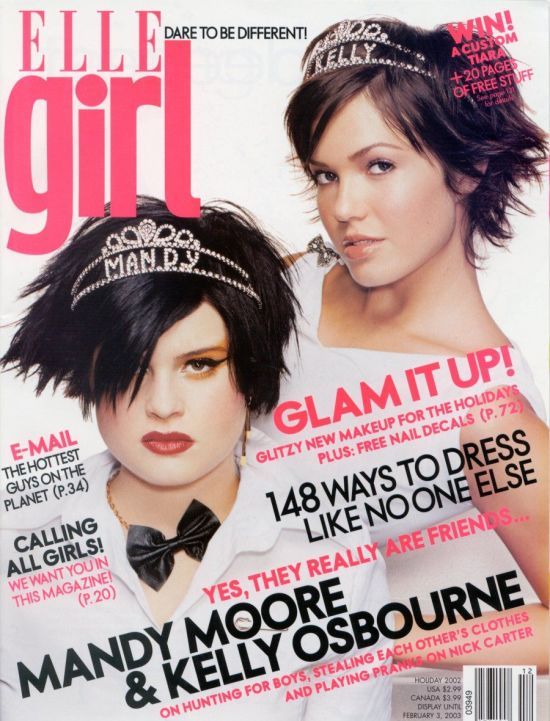 3. Justin Timberlake Once “Mortified” Her

Mandy Moore rose to fame at a very young age. She signed her first record contract when she was only 15 and then started touring with *NYSNC and the Backstreet Boys, so she has a few embarrassing stories about being backstage with the two hottest boy bands! The best story is when Justin Timberlake totally mortified her in front of all the other guys in the band. “My favorite story is, I’m 15, I’m touring with this boy band at the height of their superstardom, we were all backstage…everybody was sort of conversing and somehow we were talking about feet. And he walked up and pointed at my feet and was like, ‘Girl, you got big feet for a girl!” said Moore. “I was mortified. I was a little string bean, just going through puberty, and my feet were bigger than they should have been and I just, I wanted to crawl into a hole. Not that he would ever remember that, but at that moment, man, it was a low blow.” 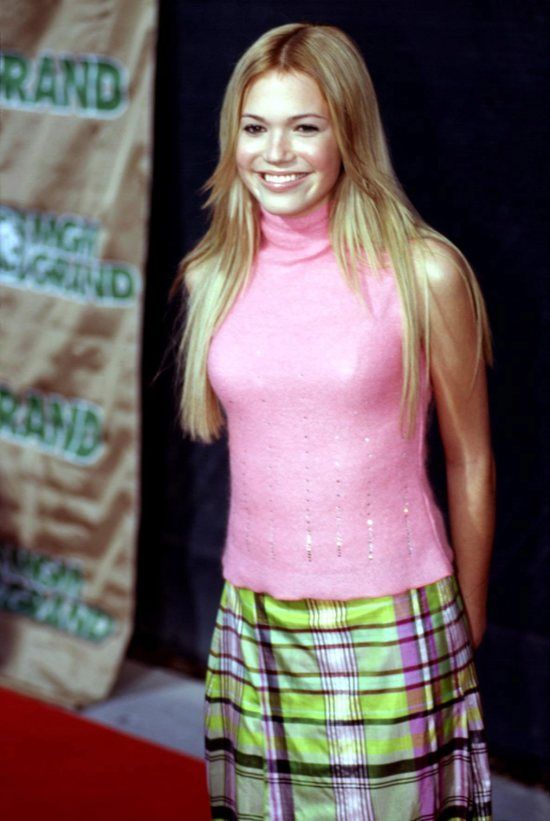 2. She’s Had a Tonsillectomy

When Mandy was 17-years-old, her career was dependent on her voice, but she was in jeopardy of losing it because she kept getting throat infections and even lost her voice while working on the set of The Princess Diaries in 2000. She had to leave set for three days and rest. “By the time I was 16, I was getting serious throat infections six or seven times a year. At one point I had to cancel a concert, but I still hoped it was a problem I would simply grow out of.” Unfortunately it wasn’t and she was having a hard time keeping that pitch perfect voice. Eventually she was told by a doctor that she had to have her tonsils removed. The surgery only put her out for a few weeks and then she was back to practicing vocal exercises and singing on stage. 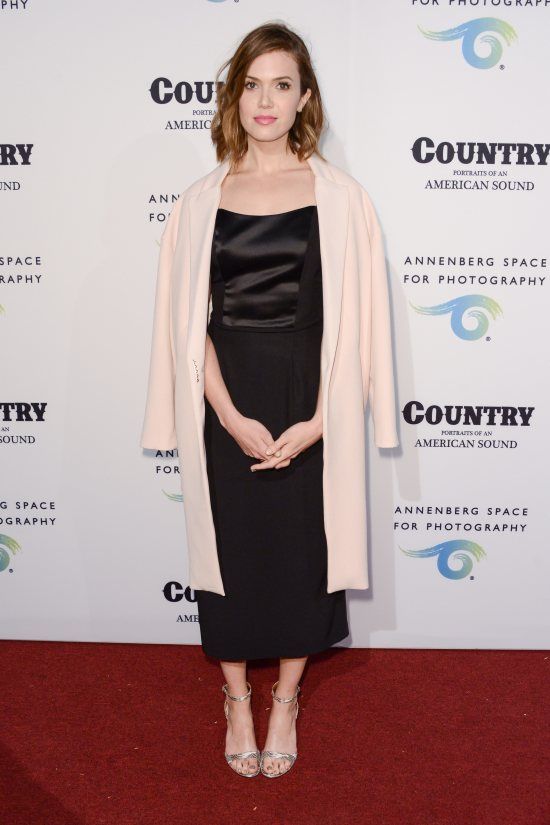 This is most definitely the most surprising fact about Mandy Moore — she has a tattoo! Not only that, but her tattoo is a small sperm on her ankle. Super weird! She explained the story behind the tattoo whiles he was on Late Night with Seth Meyers and basically chalked it up to an inside joke from when she was on tour. “Well about 10 years ago, I was on tour with my band, ’cause I also sing,” she said, and explained that when they got ready in hotels she had her own room, but all the guys had to share a single room and bathroom. Because they all shared a bathroom, there was one rule about the shower: “Their one rule was nobody was allowed to…do that thing in the shower. To not masturbate in the shower. And it became this big joke because one of my band members was like, ‘I don’t want babies on my feet.'” That quickly became an inside joke and eventually a song that she and her band closed their shows with. “To commemorate the tour we all got babies on our feet, so I have a little sperm tattoo right there on my foot.” 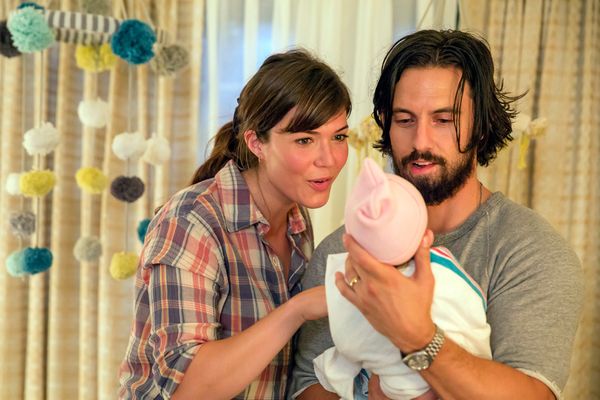