Who knew back in 2004 when Mean Girls first came out that over 10 years later we’d still be talking about it? The film has had quite the impact on pop culture, whether we want to admit it or not. It’s one of the most quotable movies and one of the sharpest high school satires ever. Because we’re such big fans of the movie, here are 10 things you didn’t know about Mean Girls.

10. The Movie Was Based on a Self-Help Book

The movie was based on the non-fiction parental self-help book, Queen Bees and Wannabes: Helping Your Daughter Survive Cliques, Gossip, Boyfriends, and Other Realities of Adolescence by Rosalind Wiseman.

Lindsay Lohan first read for the part of Regina George. Although she initially was given the role, the casting team decided to recast her as Cady. Lindsay accepted the part of Cady because she didn’t want to alienate her fans by playing the lead mean girl.

Rachel McAdams – who initially auditioned to play Cady – was chosen for the part of Regina because of how nervous she made Lindsay Lohan. “When Lindsay was acting with Rachel, she got very shy, because Rachel was older and a very accomplished actress,” director Mark Waters said. “She’d come in the room and not talk to Lindsay – she was very focused. Lindsay kind of got nervous around her, and I thought that, more than anything, was going to be the deciding factor, the fact that she affected Lindsay in that way.”

Amanda Seyfried also read for the part of Regina. According to director Mark Waters, she “was kind of brilliant, and very different than Rachel’s approach. She played it in a much more ethereal but still kind of scary way. She was more frightening, but oddly, less intimidating.” When Rachel got the part, producers suggested her for the part of Karen because of her spacey and daffy sense of humor.

Tina Fey has admitted that Jonathan Bennett (who played Aaron Samuels) was hired because he looked like Jimmy Fallon.

During the scene were Amy Poehler’s pet Chihuahua nipples on her nipple, she put a cocktail wiener in her bra. “They, like, pinned a piece of a cocktail wiener into her bra. I thought this dog was going to tear her apart. It was very effective. She was such a pro through it. She’s trying to do her lines and being so professional, and this dog is chomping on her fake boob. I’ll never forget that,” Rachel McAdams said.

James Franco was considered for the role of Aaron Samuels, but lost out to Jonathan Bennett.

2. Amy Poehler Was Barely Older than Her On-Screen Daughter

1. Getting Wiggy with It 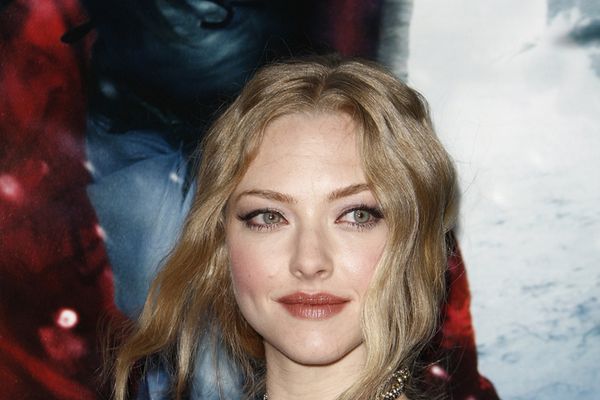