Morgan Freeman is a true Hollywood icon and a man that really needs no introduction. His voice has become just as famous as the man himself, and his talents have made him the fourth highest-earning box office star. Over the years Freeman has proven he really can do it all from drama to suspense and comedy, but no matter what role he takes in any film fans can always count on him to be incredible. Due to his level of fame and millions of passionate fans, his ability to stay out of the spotlight is truly amazing and just another talent the notable actor has succeeded at over his five decades in the industry. Get to know the incredibly talented star better with these 10 things you never knew about Morgan Freeman:

At one point there was a chance that the world was not going to get to enjoy Morgan Freeman’s acting talents, because back in 1953 when Freeman was 16 years old he almost died from pneumonia. While for most, pneumonia is simple enough to recover from, complications arose for Freeman when an abscess developed on his lungs, and things got even more terrifying when the abscess burst and he almost died. “Some say God saved me,” Freeman said of his incredible recovery from the medical crisis, and added, “I’ve survived so many things in my life that I don’t find myself asking the question of ‘why?'” 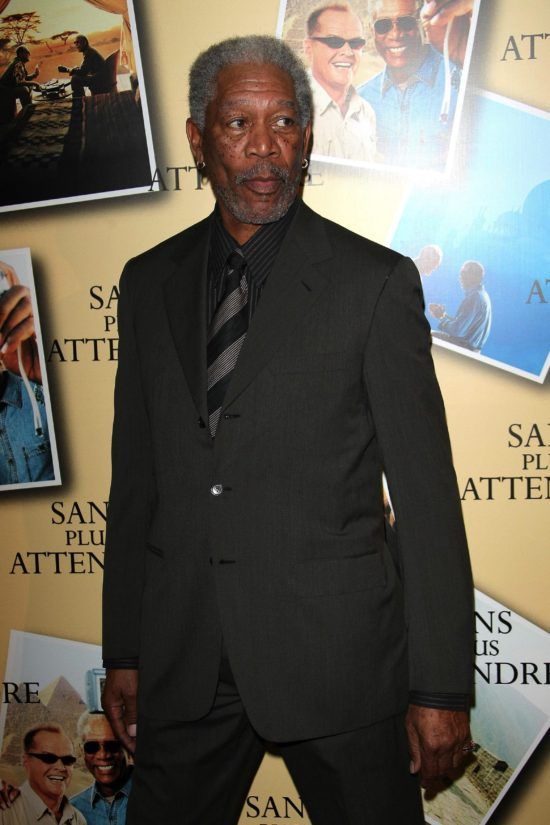 Morgan Freeman was born on June 1, 1937 in Memphis, Tennessee, to Mayme Edna and Morgan Porterfield Freeman, and was the youngest of four children. While only a baby, Freeman’s parents decided to have him live with his maternal grandmother in Mississippi while they moved to Chicago to try to find work. When Freeman was only six, his grandmother passed and he went to live with his mother again who had by then separated from his father because he was an alcoholic. He attended Broad Street High School in Greenwood, Mississippi, and after graduating in 1955 he won a partial drama scholarship to Jackson State University. 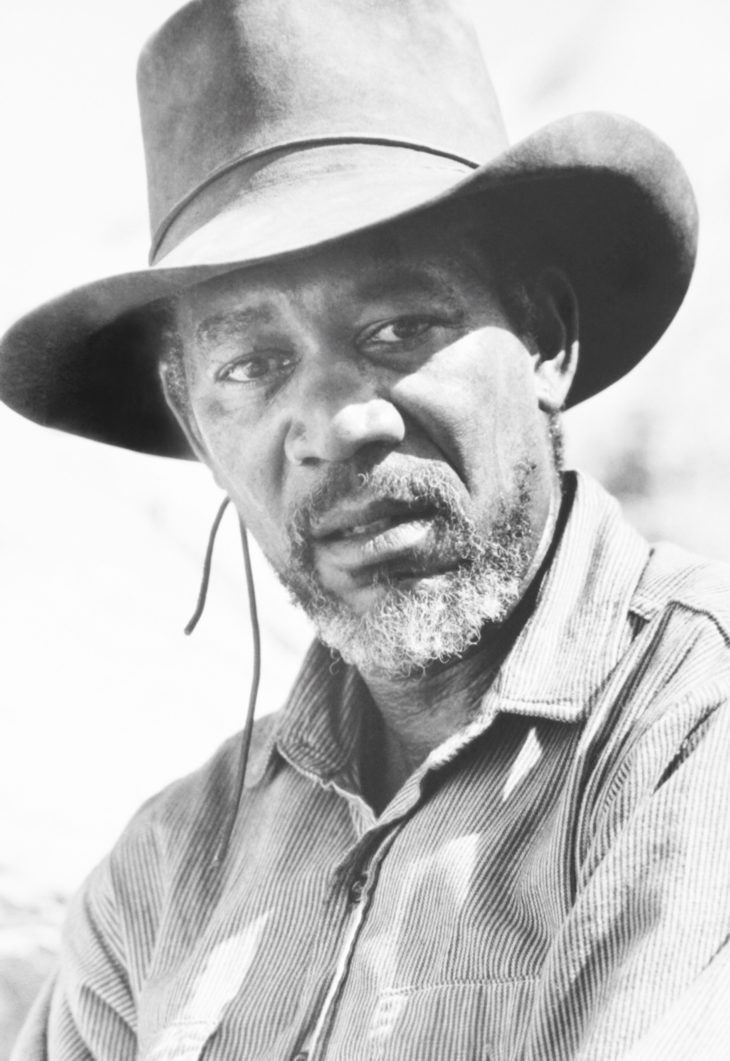 Although he earned a partial drama scholarship, Freeman let another dream steer him away from acting. As much as he loved performing, he also dreamed of being a pilot so, after high school, he instead enlisted in the United States Air Force. Unfortunately, the dream and the reality were two very different things and, instead of flying, Freeman became on on-ground mechanic and radar technician, and eventually he realized it isn’t what he wanted. “I had this very clear epiphany: ‘You are not in love with this; you are in love with the idea of this,'” Freeman explained. So, after the epiphany and four years in the Air Force, Freeman moved to L.A. to once again pursue acting and began lessons at the Pasadena Playhouse. 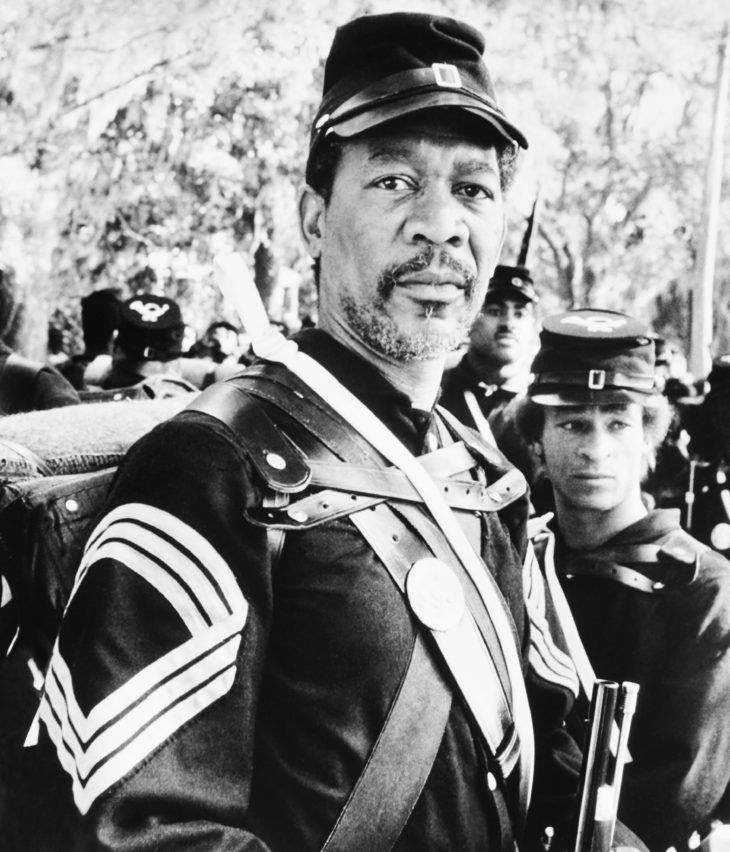 From an early age Freeman had an appreciation for movies and actors and often did what he could to scrape together enough money to see a film and the likes of Gary Cooper, Spencer Tracy and more. Acting itself didn’t become an interest for him until, as punishment for pulling out one of his classmate’s chairs from underneath her, he was forced to take part in his school’s drama competition. His natural ability for acting was obvious and, from that moment on, Freeman became dedicated to the drama program and earned top honors. 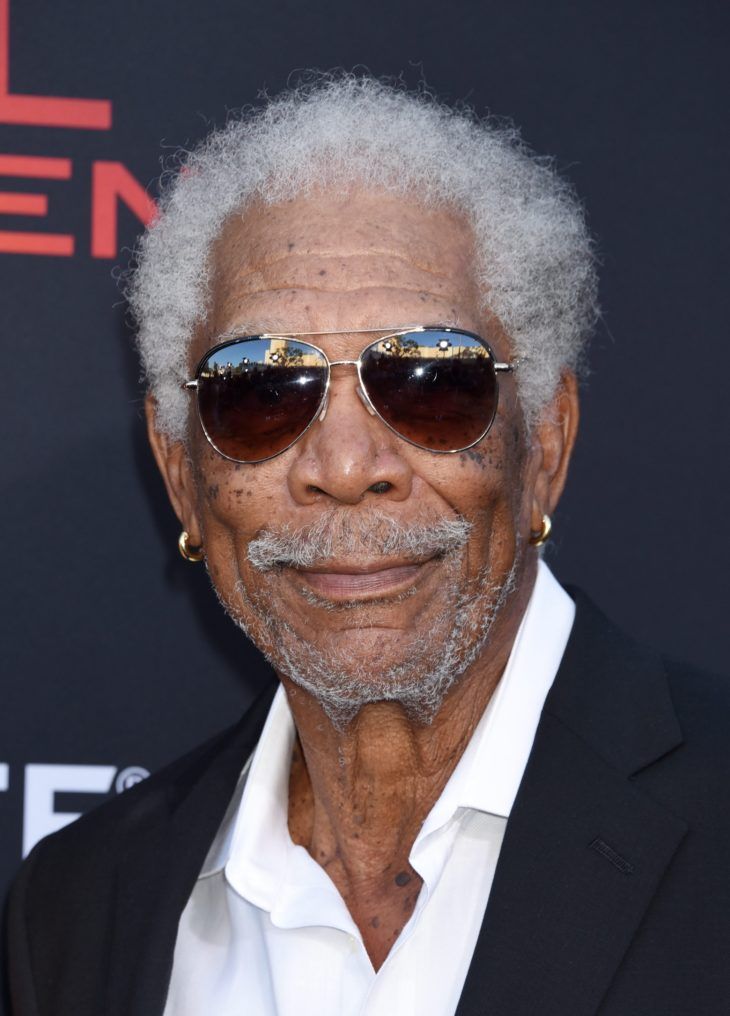 Freeman is an amazing actor and although he was on ground duty while in the Air Force, at the age of 65, Freeman returned to his dream of flying and earned his private pilot’s license. As well as being an actor and a pilot, Freeman is also a trained dancer and even performed as a dancer at the 1964 World’s Fair. 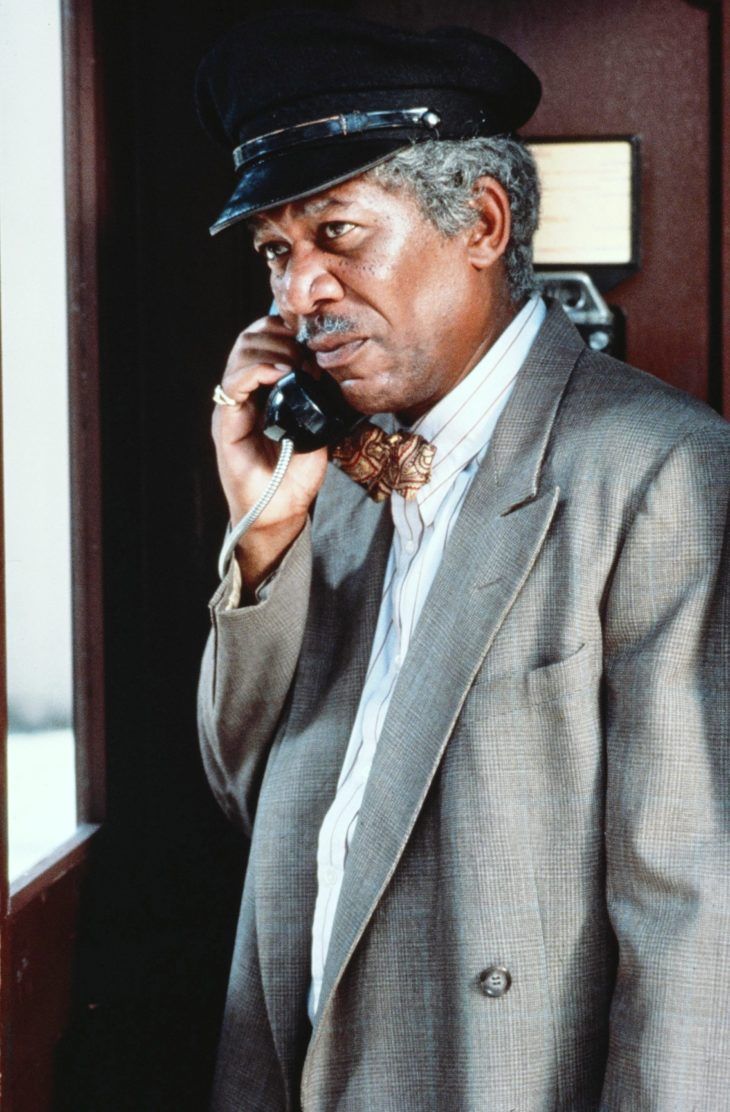 There is absolutely no doubt Morgan Freeman is a very interesting man and one of the most intriguing celebrities out there, so it shouldn’t be surprising he has some equally interesting hobbies. In July 2014, Freeman officially joined the world of beekeeping when he turned his 124 acre ranch into a bee sanctuary, which includes 26 bee hives. As well, in 2015, Freeman made waves when he openly spoke about his use of marijuana and championed its benefits. “They used to say, ‘You smoke that stuff, boy, you get hooked!’ My first wife got me into it many years ago.” He then added that he takes marijuana anyway he can get it. “I’ll eat it, drink it, smoke it, snort it!” he joked of his love of the drug, adding that he believes it should be legalized. 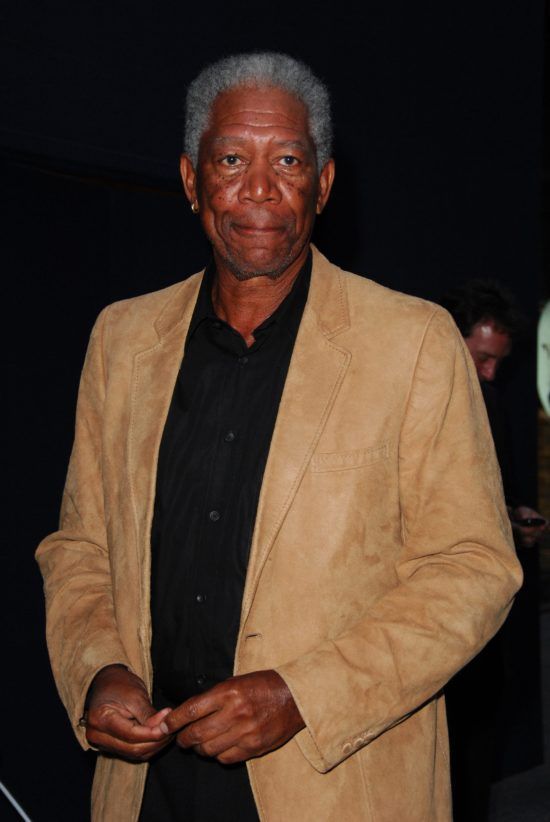 In August 2008, the beloved actor had another close brush with death when he was involved in a serious car accident in Ruleville, Mississippi. Freeman was driving a Nissan Maxima with a female passenger Demaris Meyer in the vehicle when the care left the highway and flipped several times. At the time both Freeman and Meyer had to be rescued from the vehicle with the jaws of life and were airlifted to the hospital where Freeman was listed as in serious condition. Freeman remained in the hospital for several days, suffering from a broken left shoulder, arm, and elbow and had to undergo surgery to try to repair severe nerve damage in his arm. Unfortunately, the actor is left-handed, and suffered irreparable damage to his hand, causing him to have to continue to wear a compression glove at times, and has difficulty moving his fingers on that hand. 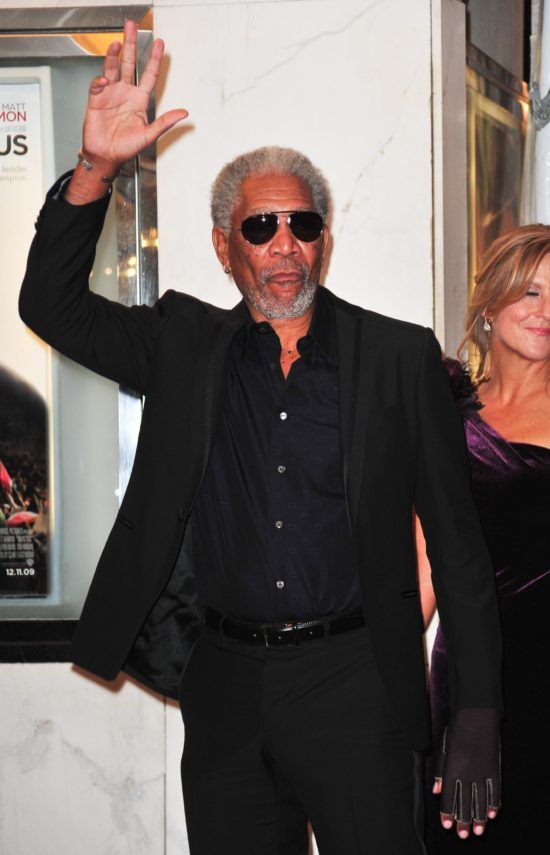 Back in 1964, Morgan Freeman appeared on-screen for the very first time with an uncredited role in The Pawnbroker. Since then, he has accumulated an astounding 119 acting credits to his name, one Oscar win and two Golden Globe awards, not to mention he has also become the fourth highest earning box office star with his films pulling in a combined $4.316 billion at the box office. With that stat alone, it shouldn’t be surprising that Freeman’s individual net worth is also pretty incredible, coming in at an estimated $200 million. 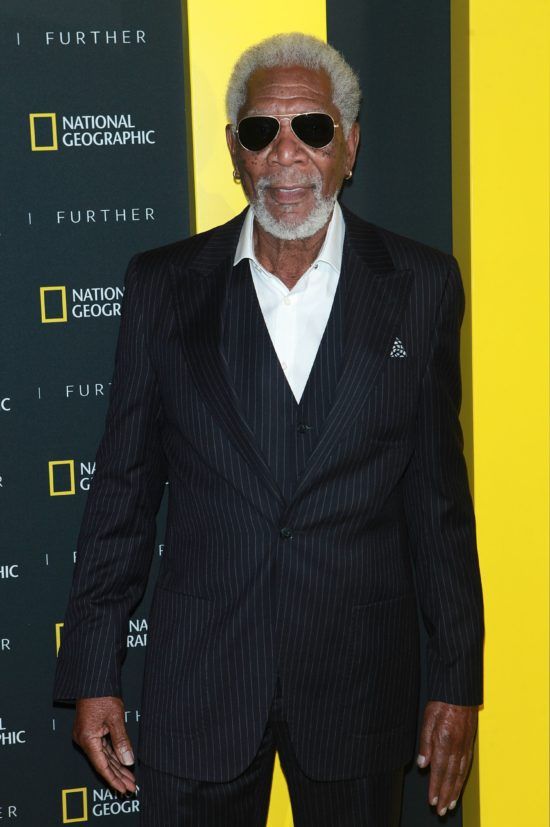 In 1959, when Freeman was 22 years old he became a father for the first time when he and his girlfriend at the time, Loletha Adkins, welcomed their son Alfonso Freeman. One year later Freeman welcomed his second child and second son Salifoulaye with another girlfriend. In 1967, the actor got married for the first time to Jeanette Adair Bradshaw and adopted Bradshaw’s daughter Deena as his own and the pair welcomed their own daughter Morgana. After more than 10 years of marriage, however, the pair split in 1979. A few years later, in 1984, Freeman married for the second time to Myrna Colley-Lee, and together they adopted Freeman’s step-granddaughter E’dena Hines (Deena’s daughter) and tragedy struck in 2015 when at 33-years-old Hines was murdered in New York City. In 2007 Freeman and Colley-Lee separated and, in September, 2010 the divorce was finalized. 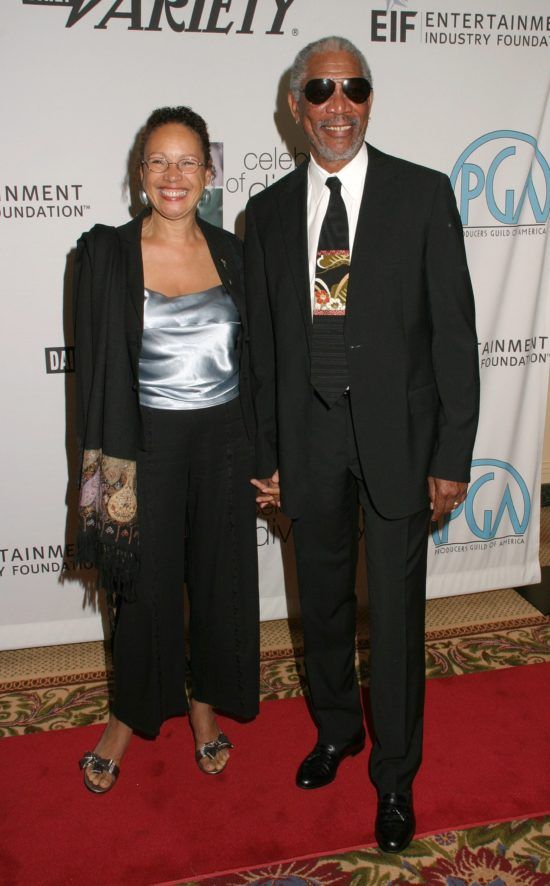 Morgan Freeman may be one of the most calm, cool and collected men out there. He is wise and thoughtful, but there was a time in his life when things were much more out of control. In his early years, before hitting it big, Freeman began having his own issues with alcohol like his father, but he was able to get sober. “I don’t know how you slide into these things. But I found myself lying face down in the hall one morning. I quit drinking,” he said in an interview in 1988. At the time of the interview, his then-wife Myrna added, “Thinking about his father made him stop.” 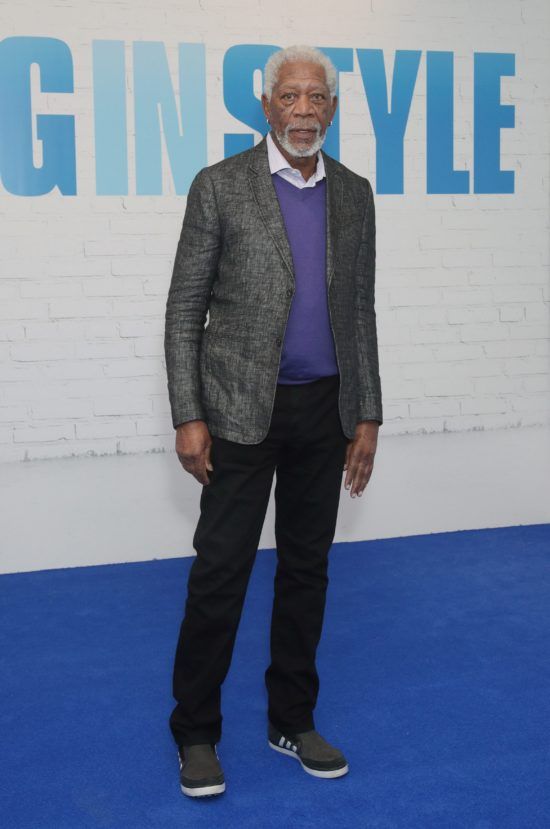 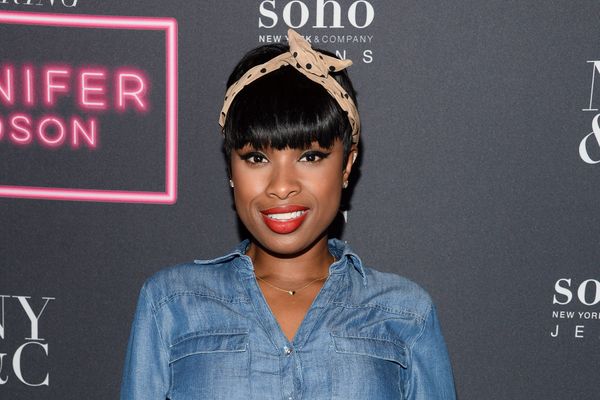 8 Roles Actors/Actresses Were Afraid To Take