Tamra Judge has been appearing on Bravo’s reality series The Real Housewives of Orange County for a long, long time! She joined the series back in season 3 and she’s been a staple for the series ever since! Despite the fact that she’s been appearing on television since 2009 and a subject of the media, there’s a lot we don’t know about her! Here’s a look at 10 things you probably didn’t know about RHOC star, Tamra Judge:

It’s clear many of the women on the Real Housewives amp up their personalities and lifestyle for the cameras. They’ll make sure they are wearing the latest in fashion, have their hair and make-up done and throw lavish parties. But in an interview with Bravo, Tamra revealed her reality looks a lot different than what we see on camera. When the cameras aren’t rolling, Tamra usually goes for an au natural look which is shocking because she’s definitely perceived as a very girly-girl, O.C. barbie. But on a day-to-day basis she’s usually found with no make-up and dressed in sweats. In fact, she said she hates wearing make-up! “I usually have sweats on. You guys usually see me all glammed up, but normally, you wouldn’t even know me. I would have a baseball hat on, a pony-tail, and either yoga clothes or sweats.”

Tamra obviously lives in California now to film for The Real Housewives of Orange County, but some might not know that she actually grew up there! She’s a Cali girl at heart. She was born and raised in Glendora, California, and then later in life built up her career in the area. She grew up in a traditional middle class family where her father was a business owner and her mother was a stay-at-home mom to Tamra and her two brothers. Her parents divorced when she was 25-years-old and her father moved out and married her mother’s best-friend. However, later in life he ended up divorcing her and rekindled a relationship with Tamra and her brothers. Their reconciliation was filmed and aired on RHOC back in 2009.

If we rack our brains and think back to her first season on the show (season 3), we’d remember that at one time Tamra was a realtor! She had this career for quite some time before she joined the show and was quite successful in it. At the time, she was married to Simon and he worked as a sales consultant for an automotive group. Eventually, Tamra gave up her job so she could put more focus on appearing on the Real Housewives. Today, she’s doing extremely well for herself as she opened up a business with her new husband, Eddie Judge. The two opened up a fitness location called CUT fitness and split the ownership 50/50. It was a slow start to get their new business up and running, but it appears the gym is doing very well now and somehow these two beat the odds of mixing business and pleasure!

It’s easy to forget that Eddie isn’t Tamra’s first and only husband because he’s now been appearing on the show since season 6, but Tamra has actually been married three times! When she first joined the show back in season 3 she appeared alongside her second husband, Simon Barney. He was on the show until the finale episode of season 5 when the two had a major blowout fight. The show is now onto the 12th season and it didn’t take long for her to find solace in the arms of her current husband, Eddie Judge. However, even before she married Simon Barney, Tamra was also briefly married to Darren Vieth. She doesn’t talk about her first husband very much, but she has stated that they married young and their relationship was quite dysfunctional. Vieth reportedly didn’t treat Tamra very well and her only positive thought back on it is that she’s grateful she got out of the marriage for the sake of her son, Ryan.

5. Lost Custody of her Daughter

It’s no secret that Tamra is caught up in what has turned into a long and nasty custody battle with her ex-husband, Simon Barney. The two are both at each other’s throats in the media, but Simon has undoubtedly done the worst of the damage. It’s clear he’s sour about the fact that Tamra continues to appear on The Real Housewives of Orange County and that she has a platform to talk badly about him on the show. He has made an attempt in court to claim she’s an unfit mother who doesn’t bath the children regularly, feed them proper meals and even went as far as to accuse her of being abusive! As a result of all the negative attention and hateful action, Tamra doesn’t have custody of her eldest daughter, Sidney Barney. She has visitation with her every other weekend and she can see her for three hours a week in the evenings and any other time her daughter wishes to see her. Tamra has opened up about the situation briefly on the show stating that Sidney made the choice to live with her father full-time and that she blames Simon for manipulating their daughter.

During season 8 of The Real Housewives of Orange County, fans were shocked and surprised to learn about Tamra’s previous suicide attempts. In the episode, she was giving a keynote speech when she admitted that she made her first suicide attempt after her first marriage fell apart. She drank an entire bottle of NyQuill and took a bunch of pills. “I took a bunch of prescription medication that I found in my mom’s cupboard. Then my mom found me and they took me to the hospital. They admitted me into a mental hospital,” said Tamra. The second attempt was made after she took a bunch of prescription pills while in a bad relationship. Thankfully, she’s into a better chapter of her life and in a happy, healthy relationship!

When Tamra opened up about her suicide attempts, first husband, Danny Vieth fought back and told Radar Online, “Tamra is a liar, a cheater and a bad mother to our son, Ryan, and she seemed to enjoy constant drama in her life because it lead to attention. I couldn’t believe that she blamed our failed marriage for her first suicide attempt. Tamra usually never tells the entire story, and this time is no different.” Tamra had said during an episode of RHOC that she tried to overdose after the stress of her marriage with Darren became too much. However, according to him it was Tamra who cheated and moved out. When she found out Darren had moved on, she showed up on his doorstep begging to take him back and when he refused she threatened to take her own life. “I tried to talk her out of it, but she said, ‘This is going to be my final goodbye to you,’ then hung up,” Darren said. He told Radar Online that he called the police, leading Tamra to be rushed to the hospital. Tamra has since responded to these allegations and stated that they are all trash, and tweeted: “The stories people make up when they are broke. My heart goes out to my ex. His children don’t speak to him and his 3rd wife left him.” She then posted a photo of Eddie and Ryan together and captioned it: “Thank you Eddie for showing Ryan what a real dad is like. #inspiration.”

Tamra’s eldest son Ryan Vieth is much older than her three other children and that’s because she had him when she was only 17-years-old. As previously mentioned, she was married to his father, Darren briefly before getting a divorce, but their marriage was unhealthy and ended badly. Back in 2013, around the time when he was claiming her story around the suicide attempts were false, he also told Radar Online that she was a bad mother and gave up custody of Ryan. Radar Online then obtained a copy of the court documents regarding their custody which allegedly do state she willingly gave him primary custody and only got him back when she was in a stable relationship with Simon. She copped up to it and said she had him when she was only a teenager and couldn’t afford to take care of him because Darren didn’t provide child support. “I clearly had my issues dealing with being a teen raising a baby.” According to Wet Paint, Ryan has also come to his mother’s defense and said, “My mom never gave me up as a child, only asked for my dad to step it up and help out when she was going through a difficult time. My mom has always been in my life even when she was struggling.”

Tamra has recently been making headlines for her insane body transformation. She entered into a fitness competition in the spring 2016 and won her first Muscle Mania competition! Tamra has always been active and enjoyed exercising, hence her opening her own gym, but it seems this past year she’s taken it to a whole new level. When asked what the reasoning was behind it all, she said, “To me, it was never about getting on stage and winning. It was more about setting a goal for myself and completing it. That’s what I did. That was the rewarding part. I was at the age where a lot of women’s bodies start to go through menopause, and I’d been seeing some changes in my body and I didn’t like that,” she told People. She ended up losing 16 percent body fat and got down to around 111 pounds! It didn’t come easy though, she’s been on a hardcore workout regime that required getting up at 4:30 in the morning, training with an instructor and being a strict diet. Even though she already won, she’s going to keep at it and entered another competition in November 2016. 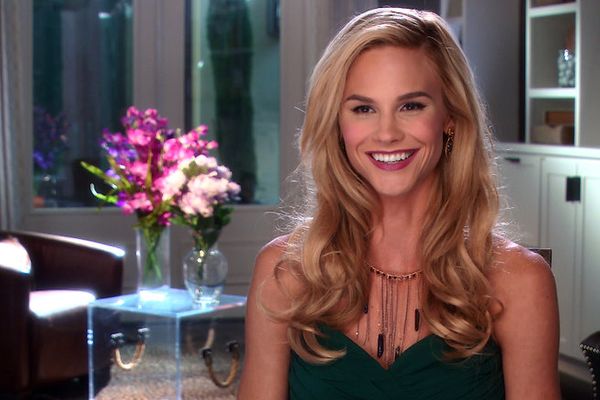