Selena Gomez is unstoppable. She can sing, dance and act and, unlike many of her contemporaries, she has managed to maintain her girl next door image despite facing scrutiny from the tabloids. Because she is one of the biggest stars out there, here are 10 things you didn’t know about the talented and beautiful star:

Selena Gomez got her start in show biz as Gianna on Barney & Friends. She appeared on the show during season 7 and season 8, and that’s where she met her good friend Demi Lovato! Being on the show was quite the learning experience for Gomez. “I was very shy when I was little […] I didn’t know what ‘camera right’ was. I didn’t know what blocking was. I learned everything from Barney,” she said.

Selena Gomez was the lead singer and the founder of the band “Selena Gomez & the Scene.” They have released three studio albums, seven singles and nine music videos. Since embarking on her solo career, she’s released two studio albums, one EP and one compilation album.

In 2015, the pop star revealed that she was living with a couple of roommates who weren’t in the entertainment industry. “One of my roommates is a realtor and another one works for a social media company, so the girls are always on their laptops. There’s coffee, there’s conversation, there are fights, there’s staying up all night and talking. If I get time alone, I’ll blare music and dance around and have a Red Bull or something, like I’m clubbing in my own house,” she told Flare magazine.

Selena was born in Grand Prairie, Texas, on July 22, 1992 to Ricardo Joel Gomez and former stage actress Amanda Dawn “Mandy” Cornett. Her mother was 16 years old when she was born, and her parents divorced when she was five. She was primarily raised by her mom, and money was tight when she was young. She recalls having to search for quarters so that her mother put gas in the car and having to head to the dollar store to get a can of spaghetti for dinner.

The “Come and Get It” singer started wearing a purity ring that said, “True Love Waits” when she was 13. She was dating Nick Jonas at the time and he wore one too; however, when she started dating Justin Bieber in 2010, she stopped wearing it. “I’m not embarrassed to say that … I’m also not embarrassed to say that the ring has come off,” Selena told U.K.’s Sunday Times. “I got it was I was 13 and I respect so much what it represented, but it isn’t for everyone.”

Selena cites Bruno Mars as being her biggest musical influence. Her other musical influences include Beyonce and Rihanna and her album Stars Dance was influenced by Britney Spears, Taylor Swift and Skrillex.

The former Disney star has been romantically linked with Nick Jonas, Taylor Lautner, Justin Bieber, and The Weeknd. She was most recently connected with Bieber, but that seems to have ended and now he’s engaged to Hailey Baldwin.

In early 2014, there were rumors circulating that Gomez had been diagnosed with the auto-immune disorder Lupus. In 2015, she confirmed that the rumors were true. “I was diagnosed with lupus, and I’ve been through chemotherapy. That’s what my break was really about. I could’ve had a stroke,” she told Billboard. In 2016, she took a break from her Revival Tour to focus on her health. According to her, the stress from touring was causing her Lupus to flare up. “As many of you know, around a year ago I revealed that I have lupus, an illness that can affect people in different ways,” she told People. “I’ve discovered that anxiety, panic attacks and depression can be side effects of lupus, which can present their own challenges.”

When GQ asked her what her life would have been like had she stayed in Texas, she painted a very different picture than the life she currently has. “I would’ve fallen in love and gone to school. I think I’d maybe be thinking of having a family and kids now, at 24, which would be this year. Yeah,” she said.

The singer, who was raised Catholic, doesn’t really like religion, but she does have a relationship with God. “I don’t know if it’s necessarily that I believe in religion, as much as I believe in faith and a relationship with God,” she said on the Zach Sang Show. “I’ve just experienced things in my life where there are holes in things that nothing else can fill and I know that if I didn’t have the faith that I had it wouldn’t have gotten me through some of the hardest times in my life.” 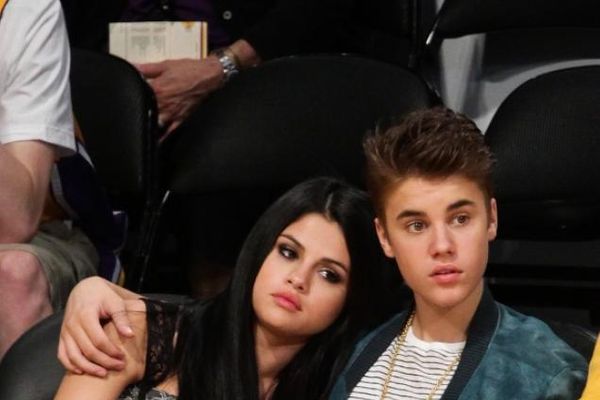