Things You Might Not Know About The Princess Bride

The Princess Bride – which starred Cary Elwes, Robin Wright, Mandy Patinkin, Chris Sarandon, Wallace Shawn, André the Giant and Christopher Guest – was released in September 1987 ago to critical acclaim. Since it’s the film’s 30th anniversary, we’re looking all of the things that happened behind the scenes that most people don’t know about. Check out 10 things you didn’t know About The Princess Bride:

10. Bringing the Book to the Big Screen

When weather became quite cold during filming, Andre the Giant (who was 7’4” and 540 pounds) would make Robin Wright warm by placing one of his hands on her head. “We’re in the middle of the forest and we’d be standing next to each other in our costumes and it’s freaking cold and wet. He put his hands on my head literally to keep me warm from shivering. His hands covered my whole head. The heat from his hand was like an electric blanket. He was just very sweet and thoughtful. He would always hand me his coat if my coat wasn’t nearby. Really sweet,” she said.

8. The Fencing Parts Were Well Rehearsed

Cary Elwes and Mandy Patinkin learned to fence for their roles. When they weren’t in front of the cameras, they were training with Peter Diamond and Bob Anderson, who both worked on the first three Star Wars films. Elwes and Patinkin also watched every single sword fight ever filmed and learned each other’s parts in the fencing routine after Anderson recommended it. “He said, ‘If you learn the other guy’s part, you know what you are going do and so there’s no chance of an accident,’” Elwes said.

7. The Leads Had Crushes on Each Other

Robin Wright and Cary Elwes were smitten with each other. “It was as if I were looking at a young Grace Kelly, she was that beautiful,” Elwes wrote in his book As You Wish: Inconceivable Tales from the Making of The Princess Bride. “I couldn’t concentrate on much of anything after that first encounter with Robin.” Wright admitted that the feeling was mutual. “So obviously that helped our on-screen chemistry,” she said.

During the ‘70s, when the author of the book, William Goldman, was trying to get it to the big screen, a then unknown Arnold Schwarzenegger was interested in the role of Fezzik and he was strongly considered because Andre the Giant, who was Goldman’s first choice, wouldn’t come and read for the role. When the book was finally being made into a movie, Schwarzenegger was a big star and was too expensive, but by then they could get Andre the Giant to read for the part, so he was cast.

5. Andre the Giant Could Drink

Andre the Giant could drink copious amounts of booze and not get drunk. He once drank three bottles of cognac and 12 bottles of wine and only felt a little tipsy. His favorite drink was called “The American.” It consisted of a 40-ounce beer pitcher filled with a mix of liquors, and on set he would keep a flask of cognac in his costume.

4. The Role of Buttercup

Director Rob Reiner auditioned more than 500 young women for the part of Buttercup, including Courteney Cox, Uma Thurman, and Meg Ryan. As soon as Robin Wright walked into his office, however, he knew she was what he had been looking for. Wright wasn’t so sure though. “I kept on remembering my audition for ‘The Sure Thing,’” she told the Chicago Tribune. “I knew there were 500 other girls dying to play the part. I had heard that Rob wanted someone who looked like Julie Christie in ‘Doctor Zhivago.’ I didn’t quite think I fit the bill.” At that point, her biggest role so far had been in the soap opera, Santa Barbara.

3. It Wasn’t a Box Office Success

The film was a disappointment at the box office. Although it didn’t completely flop, it didn’t take off either. In the years that followed, however, The Princess Bride managed to accumulate an audience via VHS and has since become a cult classic and is viewed as being eminently quotable. According to director Rob Reiner, one of the reasons that the film was only a modest success at the box office was because it was hard to categorize. “I think we had a real marketing problem with Princess Bride,” he told Hitflix. “It was hard to categorise, and I think the title also scared a lot of people. It sounds like a children’s fairytale or something.”

2. Wallace Shawn Was Second Choice for the Role of Vizzini.

Danny DeVito was the actor that director Rob Reiner wanted for the part of Vizzini, but he wasn’t available, so Wallace Shawn was cast. When Shawn found out that Reiner initially wanted DeVito, it really psyched him out and would interfere with his performance. “Unfortunately, my agent at that time believed that it would be helpful for me to know who they actually wanted, so he told me – it was Danny DeVito. Looking back on it, it didn’t help. Danny is inimitable. Each scene we did, I pictured how he would have done it, and I knew I could never possibly have done it the way he could have done it. It made it challenging,” Shawn told Entertainment Weekly.

1. There Was a Lot of Ad-Libbing

Director Rob Reiner gave Billy Crystal licence to just ad-lib during scenes. This created a lot of laughter on set. “We ad-libbed a lot of stuff: ‘Have fun storming the castle.’ ‘Don’t go swimming for an hour — a good hour.’ There was a lot of really funny stuff that never made it into the movie: ‘Don’t bother me, sonny. I had a bad day – I found my nephew with a sheep.’ ‘True love is the greatest thing in the world — except for a good BM.’ I remember the only trouble with the scene was Cary trying not to laugh while he was lying on the slab, because he’s supposed to be mostly dead but slightly alive,” Crystal told Entertainment Weekly. 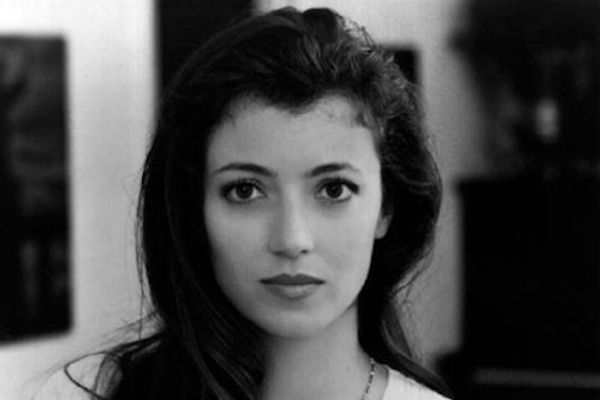