WAGs Who Are Worth More Than Their Athlete Husbands

Star athletes are often known for having bombshell wives, who are often celebrities in their own right. Not so commonly, the WAGs themselves sometimes pull in more money than their hubbies do! These women are no gold diggers — they’re goal diggers and according to celebritynetworth.com and they’re leveling the playing field with their high earning jock boyfriends and husbands!

Estimated Net Worth: $2 Million. Riverdale actress Vanessa Morgan may be best known for her character Toni Topaz’s on-screen romance with Cheryl Blossom but in real-life her heart is with professional baseball player Michael Kopech. After a July 2019 engagement, the pair were married in early 2020, but Morgan definitely is bringing her own impressive net worth into the marriage. The actress has a reported net worth of $2 million, while Kopech’s is listed as $800 thousand.

Estimated Net Worth: $8 million. Supermodel Chanel Iman is best known as a Victoria’s Secret Angel, and as one of the most prominent models of the 2000’s — and she is getting paid like it! Although she previously dated NBA player Jordan Clarkson, it was the NFL’s Sterling Shepard that she found true love with. After becoming engaged in 2017, the pair were married in 2018 and have since welcomed two daughters. While Iman’s estimated net worth has been listed at $8 million, her husband’s has been listed anywhere between $5 million and $8 million.

Estimated Net Worth: $400 Million. When it comes to entertainment industry success, few come anywhere close to what actress, dancer, singer, producer and all-around powerhouse Jennifer Lopez has achieved — that is why she had to meet an athlete for him to come even close. With an incredible estimated net worth of $400 million on her own, Jennifer Lopez’s fiance, baseball legend Alex Rodriguez, comes pretty close with an estimated net worth of $350 million.

Estimated Net Worth: $10 million. The female Australian rapper came to America 10 years ago in the hopes of a career. She succeeded and now, at age 25, she now is bringing in a pretty penny with a net worth of $10 million. Since 2013, Iggy has been dating Los Angeles Lakers basketball player Nick Young. In 2015, they became engaged and dramatically split in 2016. While Nick has a rather impressive NBA salary himself, he comes in shy of ex-fiancee Iggy, with a net worth of $8 million.

Estimated Net Worth: $6 Million. Kendra Wilkinson is known for her days on the reality show The Girls Next Door, co-starring with ex-boyfriend Hugh Hefner. She went onto her own show, Kendra, and later, Kendra On Top. In 2009, she married Philadelphia Eagles wide receiver Hank Baskett at the playboy mansion. Kendra has managed to capitalize enough in her reality television endeavors to produce a sweet $6 million net worth. Football player ex-husband, Hank Baskett, who also co-starred in Kendra On Top, not-so-surprisingly brings in less than Kendra (because uhh, she’s on top!) with a net worth of $3.5 million.

Estimated Net Worth: $300 Million. Colombian born singer and The Voice judge Shakira has sold more than 125 million albums to date. As the highest selling Colombian singer of all time, it’s not shocking that she would make this list. Husband Gerard Piqué, is a Spanish pro football player, currently a centre-back for the Spain National Team, as well as the FC Barcelona. He’s best known for his role in leading the Spanish team to winning the 2010 FIFA World Cup. While Gerard comes in with a whopping net worth of $40 million, it’s a fraction of wife Shakira’s $300 million. Just like her hips, those numbers don’t lie.

Estimated Net Worth: $20 Million. Canadian child star, who revived her career with the role of “Kim Bauer” on the massively hit show 24 and since then had a rather successful career with lead roles in films like The Girl Next Door and the popular (but cut short) sitcom Happy Endings. Elisha has brought in a solid $20 million in net worth. Husband and fellow Canadian, Dion Phaneuf, signed a contract in 2014 with the Toronto Maple Leafs for $49 million dollars; however, his net worth according to TheRichest is $4 million.

Estimated Net Worth: $16 Million. Elisabeth became a household name as a beloved character in 2002 when she joined the cast of reality survival show, Survivor: The Australian Outback. After the show, she stayed in the spotlight and landed a permanent job on The View as a co-host for 10 years, then later joined Fox & Friends. Elisabeth’s net worth is now $12 million. We bet losing that million dollar prize all those years ago on Survivor doesn’t hurt so much anymore! Elisabeth is married to husband Tim Hasselbeck who is none other than her college sweetheart (yes, they rose to fame and success simultaneously with different career tracks). Tim is a now-retired football quarterback, who now co-hosts on Fantasy Football Now on ESPN.com and ESPN2. Sweetly enough, Tim also has equal net worth to Elisabeth, of $16 million.

Estimated Net Worth: $20 Million. Erin Andrews has made a career in a predominately male industry with her roles as a sideline reporter for EPSN covering baseball, football, basketball, the NFL and NHL. Not surprisingly, she wound up with a hockey player boyfriend, Jarret Stoll. While Erin’s career has brought her to high places, with a respectable salary, she was also awarded $55 million in a lawsuit against a stalker who filmed her getting changed and posted the video online. Regardless, her net worth is now $20 million, while husband and two time Stanley Cup champion Jarret, has a net worth of $16 million.

Estimated Net Worth: $140 Million. American Idol winner Carrie Underwood has made a long-standing successful career in country music, and it’s not looking like she’s going anywhere anytime soon. The Grammy winner has been cashing out on hit after hit for more than a decade, and now has a net worth of $140 million. In 2010, she married husband Mike Fisher, one of the higher earning players in the NHL, playing for the Nashville Predators. Fisher has an impressive net worth of $30 million, still less than half of Carrie’s, but who’s counting? Oh right, we are!

Estimated Net Worth: $400 Million. The Brazilian supermodel, Gisele Bundchen, has made a long time career with her seemingly perfect face, body and hair. She began her career in fashion 20 years ago after moving to New York City and modelling in the 1996 Fashion Week as 16-years-old. Now 35, the supermodel has an incredible net worth of $360 million. Husband and NFL player Tom Brady of the New England Patriots comes in under wife and baby mama Gisele with a net worth of $180 million. He’s only $200 million shy.

Estimated Net Worth: $450 Million. Former “Posh Spice” of the Spice Girls Victoria Beckham has been a worldwide sensation and not really even for her music anymore. Her marriage to soccer player David Beckham has made her half of one super power couple, who have remained so for decades now. Although Victoria doesn’t have a greater net worth than David, they both have an insane net worth of $450 million. They definitely took their talents and good looks to the bank!

Estimated Net Worth: $200 Million. Jessica Simpson had a relatively successful acting and music career, but that’s not what gives Jessica Simpson her $150 million net worth. Jessica is an incredibly smart business woman and was able to capitalize on her brand, with fashion and beauty lines that now bring in $1 billion in sales annually. Yes, one BILLION. While she’s obviously not taking all of that home, she’s on track to keep her net worth growing, big time. Husband, NFL player Eric Johnson, surprisingly has a net worth of $10 million. 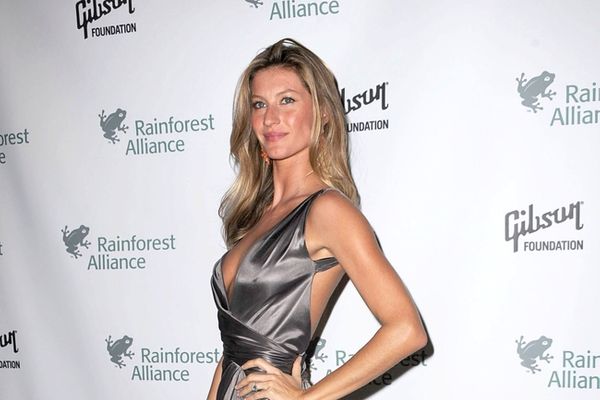 Famous WAGs: How Much Are They Worth?