11 Celebrities Who Prove Women Can Age Gracefully Without Surgery

There are many women who have undergone the knife in an effort to prolong their youthful appearance. Still, even in the hotbed of Hollywood, where things are based in make-believe, there is a faction of strong female voices who have shunned the idea of cutting up their faces, and injecting stuff into their subcutaneous tissue layers to achieve a short-term look. And kudos to these ladies for fighting the good fight. They are the proof that growing old gracefully begins with confidence, not lasers, knives or cosmetic fillers. Here are 11 celebrities who prove that women can agree gracefully without surgery in Hollywood!

For the longest time, she was credited at Salma Hayek, but she’s Salma. Salma “Can You Believe She’s Pushing 50!?” Hayek. The Mexican-born actress came to be on planet earth in 1966, and she has always done a knock-out job of maintaining her 5’2″ frame. One thing that doesn’t fit into her regimen…? Cosmetic procedures. For Salma, the idea of injecting stuff into her face is terrifying. Unlike those who undergo procedures for fillers, and the nips and tucks here and there, Salma prefers to err on the side of foresight. Those procedures have to be maintained forevermore. She’s opting to care for her skin naturally, and grow older gracefully.

Fair enough, Kate Winslet was born in 1975, and is just turning 40 years old. Still, this is when it starts in the life of an actress. This is when people start suggesting a little tightness here, a little smoothness there… Kate isn’t buying it. Regardless of being in the spotlight for the past 20 years, Kate stated that if she had any advice for her 19 year old self, it would be to not care about what you she looked like. It can be consuming in Hollywood — it can destroy careers. Kate once wished she was thinner, but with hindsight being 20/20, she understands that it would have pigeon-holed her into less interesting roles.

Cate Blanchett, 42, often presents quintessential elegance on screen. It doesn’t change the fact that she’s a heavyweight talent, whose versatility seems to know no bounds. Cate is also outspoken at the right times, and she’s not shy about is offering some figurative spit at the notion of cosmetic procedures. Many media sources have suggested that Cate is an individual who has undergone procedures, but they’re unfounded. Some people are just aesthetically blessed. The Australian actress would never suggest what another woman should or shouldn’t do, but the uncertain, long-term effects of cosmetic procedures are enough for her to steer clear.

Meryl Streep is it. Isn’t that what people say these days? The end-all, be-all of actresses. The paradigm for storytelling as another person. And she hasn’t messed with her face. She is a delightful example of what actresses should aspire to become. Exceptionally talented, but also exceptionally hard-working, she’s efficient in her craft and thorough in her daily skin care regimen. Born in 1949, it’d be tough to pin Meryl as someone closer to 70 than 60. Meryl has suggested that she is not in favor of plastic surgery, though many have suggested she’s undergone the knife. Mere speculation. She stays out of the sun, and is religious about skin care through diet and premium product.

Halle Berry has sworn off the plastic surgery, even though she likely had a little something done on her nose very early in her career. According to the 48 year old actress, cosmetic procedures aren’t something she’s interested in to mask aging. She sees aging as natural, and feels that pursuing the process leaves you looking like someone else. Regarding the topic of aging, she said: “We have to stop wanting to look like that decade before. We have to stop coveting that. Let it go and embrace it now and really be OK. It’s easy to say, I guess, but that’s the goal.” The goal is probably more difficult to achieve when procedures are offered to you on a daily basis.

Julianne Moore is one of those actresses who does no wrong. She’s unafraid of doing projects that are fun, and oddly challenging — think Carrie remake — while flexing skills in every genre imaginable. In addition to being an Oscar winner, Julianne is a momma, and she doesn’t have any desire to set an example for her children that cosmetic surgery is of any import. At 54, Julianne knows that aging is part of the whole life thing, and she has no interest in trying to make herself feel younger. Ultimately, one of her peeves about plastic surgery is how obvious it is when someone undergoes the knife or gets a treatment.

Cosmetic surgery for Tina Fey? No way. Tina Fey set out to be behind the camera, writing some of the funniest funny that has been produced on television in the last 20 years. After a stint as the co-host of Saturday Night Live’s Weekend Update, she became a beloved story teller in front of the camera. She has no desire to have any work done on her face. Tina is so anti-cosmetic procedures that she used Martin Short to portray a satirical version of Dr. Frederic Brandt, who was known as the “Plastic Surgeon to The Stars,” in The Unbreakable Kimmy Schmidt. For those who haven’t seen the show, the portrayal is not kind, and it points a glaring finger at the vanity industry. It has been alleged that Brandt took his own life because of the portrayal.

Rachel Weisz is stunning, and she’s also a shocking, 45 years old. The wife of Daniel Craig, both stars have sworn off cosmetic fillers as a way to look younger. There has been speculation that Rachel had some work done on her nose when she was younger, but it is mere speculation. In 2009, she was one of the first to speak out against Botox, stating, “It should be banned for actors, as steroids are for sportsmen. Acting is all about expression; why would you want to iron out a frown?” When people question how Rachel has managed to stay so fresh-faced in her 40s, it’s pretty easy to point to her birthplace — the U.K. — where sun damaged skin is a rarity.

Julia Roberts is pushing into her late 40s, and the Oscar winner has been named to the People Magazine 50 Most Beautiful issue 11 times. Julia has admitted to trying Botox, and claiming that it was a one and done experience. She didn’t like it, and suggested it was a “cute look” for her. Being one who has relied on an expressive face throughout her career, she claimed her greatest assets were lost during the Botulinum toxin treatment. Perhaps if people saw the actual name, they’d avoid this stuff like the plague. It’s the same bacterial toxin responsible for botulism. Regardless, Julia said no more.

Jodie Foster has been a Hollywood force for decades. As a teenager, she was able to put her acting chops on display in Taxi Driver, and then went on to win a couple Oscars, direct films and win a lifetime achievement award… and she’s still only 52. Jodie claims that cosmetic procedures for her would mess with her self-image. She has no desire to be someone who people speak about due to plastic surgery, or the fillers they’re using in their face and body. Jodie stated that she’d rather be known for having a bad feature than being known for having botched plastic surgery.

Emma takes the top nod in this list because she is exquisite. She has wrinkles and she doesn’t shy away from aging, nor trying to be something she’s not — a woman in her 50s trying to look 25. The Oscar winning actress has played everything from the object of affection and desire to the horrendously splotchy Nanny McPhee. A true chameleon, Emma has no desire to defy nature. In fact, she and her Sense & Sensibility co-star, Kate Winslet, founded the British Anti-Cosmetic Surgery League in an effort to suggest that the new normal is not normal or natural in any way, shape or form. 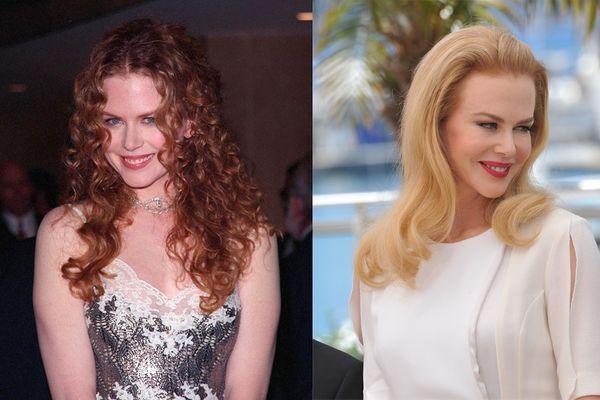