Some major couples have broken up in 2013, but some other couples that are literally hanging by a thread seem to be holding on tight! We’re predicting that some of these couples won’t make it through 2014! Check out our list and vote on who you think will break up this coming year!

11. Will Smith and Jada Pinkett Smith

Will Smith and Jada Pinkett Smith have been married for about 16 years and rumors concerning both parties cheating have been circulating on and off for a while now. Both parties have alluded to the possibility that they have an open marriage and the two are rarely ever seen together, suggesting that they are on a trial separation. We don’t think these two will last another year.

Even though Justin Theroux and Jennifer Aniston are supposed to be engaged, rumor has it that the two of them have hit a rough patch. The couple is said to have put their wedding on hold indefinitely and, according to the rumor mill, these two did not spend Thanksgiving together. We really want Aniston to have her happily ever after, but something tells us that these two seem headed for Splitsville.

For months, there has been speculation that the relationship between Casper Smart and Jennifer Lopez is on the rocks. With the differences in age, income and career, the fact that these two are still together is rather confusing. In October, rumors began swirling that two had broken up, but they turned out to be wrong. Something tells us that these two can’t possibly last another year! What do you think?

Adam Levine is a notorious modelizer and, the month before he proposed to his fiancée Behati Prinsloo, he was seen vacationing with Nina Agdal. Levine and Prinsloo had been dating prior to his relationship with Agdal and we’re not even sure why they broke up. We’re pretty sure 2014 will bring about the end of Levinge and Prinsoo…do you agree?

Johnny Depp left long time love Vanessa Paradis for a woman almost half his age – Amber Heard. Several months ago, Heard had a phone interview and, according to the journalist, Depp kept interrupting the conversation, pulling her away from her professional obligation. Some think that Heard expects Depp to help her become the next Angelina Jolie, but she’s is not quite “happening” in Hollywood at this point. Do you think these two will be over in 2014?

In November, rumors were swirling about Hugh Hefner and Crystal Harris’ marriage being on the rocks. Considering Harris left Hefner before they were married back in 2011, none of this seems particularly shocking! With their 60 year age difference and the fact that she was shopping a story around after their first break up, Hefner and Harris’ relationship looks doomed, to say the least!

We would be really surprised if Lamar Odom and Khloe Kardashian don’t split in 2014. Odom’s been caught cheating on Khloe more than once this year and he has also been struggling with a drug addiction. We really hoped for better for these two but, sadly, this relationship seems to have run its course. Do you agree?

Jon Hamm and Jennifer Westfeldt have been together for about 14 years and, about a year ago, rumors about him gallivanting about town, chatting up women at random bars and acting like he was single began to surface. The couple is still together, but we are wondering how long it will last. Is Hamm more like Don Draper than we thought?

John Mayer and Katy Perry have had an on-again/off-again relationship since 2012. In some ways they seem perfect together, as they collaborate musically. Perry seems pretty smitten Mayer. “I’ve been such a fan, I think he’s so incredibly talented and gifted and a genius songwriter,” she said. Unfortunately, Mayer is a notorious womanizer. We still can’t forget the things he said to “Playboy” about Jessica Simpson, not to mention his tumultuous relationships with other celebs like Taylor Swift and Jennifer Aniston. Do you think John will finally settle down and stay with Katy?

Rumors have been circulating that Ryan Gosling and Eva Mendes have split, but neither party has confirmed or denied them. They are a pretty odd match with Mendes being several years older than Gosling. Rumors that Gosling has gotten back together with former love Rachel McAdams have also started again, leaving some of us a bit hopeful! We’ll wait for an official statement confirming their breakup but we’re also pretty sure you can file this one under “relationships not meant to be.”

Eddie Cibrian and LeAnn Rimes were both married when they began their relationship, which in itself is a bad omen. Cibrian and Rimes have only been married for a couple of years and they have already renewed their vows. When these two aren’t overcompensating with excessive PDA, Rimes is using Twitter to spar with Cibrian’s ex Brandi Glanville. The pair is currently working on a reality show about their lives and, as we all know, reality shows kill relationships. We would be shocked if Cibrian and Rimes made it through 2014. 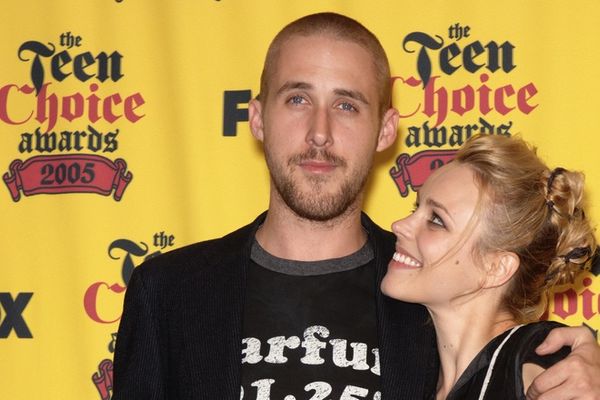