Some Hollywood relationships and marriages are so obviously doomed. Most of us see it coming from a mile away. There are others, however, which seem to have more staying power, which is why we are especially devastated when they end. Here are 13 shocking celebrity splits we never saw coming:

Although many of us were really disappointed with Brad Pitt when he suddenly upped and left Jennifer Aniston and quickly jumped into a relationship with Angelina Jolie, many of us found ourselves rooting for Hollywood’s newest power couple. They were both drop dead gorgeous, super successful and proceeded to have some of the cutest babies in the world together. When it was announced that Angelina Jolie filed for divorce on a Tuesday morning in September 2016 and was demanding sole custody, many of us were left stunned. They really gave no indication that they were having issues. Afterwards, all these stories came out about an altercation between Pitt (who was reportedly wasted) and his son Maddox on a private jet, which was even more shocking. The two are now quietly going about their divorce and it looks as though there is no way that that they will ever reconcile.

Chris Pratt and Anna Faris seemed like one of Hollywood’s most solid couples. When they suddenly announced at midnight on August 6 that they were separating after eight years of marriage, no one saw it coming. Now TMZ is reporting that the couple had been having issues for a while and it was all connected to what they wanted in terms of their family life. Anna was reportedly interested in having more children and wanted a family that was together most of the time; however, Pratt wanted doesn’t want more children because he can’t juggle his career with a growing family at this point. When they first started dating back in 2007, their careers were in very different places. She was the movie star, but while her career has calmed down, he’s now one of the biggest stars in Hollywood. Sources say that the divorce won’t get ugly and that both of them want what is best for their son Jack.

Heidi Klum and Seal really put their love out there when they were married. Every year they renewed their vows on their wedding anniversary in lavish ceremonies, and they were always talking about how great their relationship was. Once their separation was announced, sources blamed Seal’s inability to control his temper for the split. It was reportedly starting to affect the children. Heidi didn’t make the decision to leave Seal lightly either. According to sources close to her, the split was a long time coming, but none us could see that.

10. Amy Poehler and Will Arnett

Everyone loved Amy Poehler and Will Arnett when they were together, so it was no laughing matter when they suddenly announced their plans to separate and divorce. No one saw this coming, but a blind item on Lainey Gossip seemed to indicate that a funny couple in Hollywood was about to throw in the towel.

Before Nina Dobrev and Ian Somerhalder broke up, many thought that he was going to propose. The only thing more shocking than their breakup was how quickly he moved on with Nikki Reed.

When Patrick Dempsey’s wife of 15 years Jillian Fink filed for divorce in January 2016, everyone was shocked. There were absolutely no signs of trouble between them, except one report from Star magazine in 2011 that he was possibly stepping out on her. The couple has since reconciled and seem more solid than ever.

Sarah Hyland and Matt Prokop were together for five years and were super low-key. When they broke up in August 2014, people were surprised, but no one really thought anything of it, until TMZ suddenly reported a month later that Sarah had been granted a temporary restraining order against Matt because of his violent and abusive behavior.

There were some hints that there were problems between Jennie Garth and Peter Facielli, but she said that divorce was not an option. When they announced in March 2011 that they were divorcing after 11 years of marriage, we were disappointed. We really thought that they would work it out.

When they were together, Gwyneth Paltrow and Brad Pitt were Hollywood’s golden couple, and when they broke up, the world was heartbroken. They seemed so perfect together – what could have possibly gone wrong? We’ll never really know cause neither of them has ever really said what broke them up.

Nicole Kidman and Tom Cruise were one of Hollywood’s most solid couples. When Tom Cruise filed for divorce in 2001, it came out of left field. They had been married for about 10 years and had two adopted children together. Nicole was reportedly blindsided by Tom’s decision to end their marriage; at the time, she was pregnant with his child, but during the divorce process, she miscarried.

Johnny Depp and Vanessa Paradis were another one of Hollywood’s golden couples. They were together for 14 years and had two children, and despite never getting married, they always seemed to have a super solid relationship, more so than most celebrity couples. When they threw in the towel (supposedly because Depp was having a mid-life crisis), we were all shocked and saddened.

When Jennifer Aniston and Brad Pitt announced that they were divorcing after four and a half years of marriage back in 2005, the world was taken aback. They were one of Hollywood’s power couples and had showed no signs of an impending breakup. When photos started appearing of Brad playing dad to Maddox, Angelina Jolie’s adopted son, it became clear that there was probably more to his breakup with Jennifer than he would ever admit.

It really did seem like Katie Holmes and Tom Cruise were in it for the long haul. When she filed for divorce out of the blue in July 2012, no one was expecting it. It turns out that Katie – the woman most of us underestimated – had been planning her escape from Tom and Scientology for months, going so far as to use disposable cell phones to call lawyers. We weren’t the only ones blindsided by the news – Tom was too. 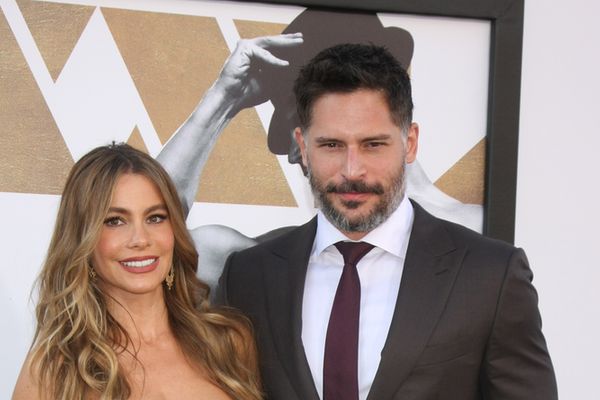 9 Celebrities Who Totally Upgraded After A Breakup