Since its release in 2003, Love Actually has become somewhat of a Christmas classic and is a holiday favorite romantic comedy all these years later. Written and directed by the famous Richard Curtis, the film is also stocked full of big names including Hugh Grant, Colin Firth, Emma Thompson, Alan Rickman, Keira Knightley and Liam Neeson, to name just a few. It has been circulating for 12 years and is full of stars, this much fans know, but there is so much more to know about the film, including the fact it was never meant to be a Christmas film. Check out 11 things you don’t know about Love Actually.

11. Not Even A Christmas Film

As more of a “something you may have missed in the film” moment, there are rumors that Curtis hinted that all along Liam Neeson’s character Daniel was really in love with his very close friend, Karen, played by Emma Thompson. In the movie, he has lost his wife, jokes about not dating anyone else until Claudia Schiffer and turns to Karen for emotional support. When he does meet his dream girl, Carol, played by Claudia Schiffer, he accidentally calls her Karen, causing many to think Richard Curtis purposefully and subtly added the Freudian slip.

Thomas Brodie Sangster played the adorable Sam, Liam Neeson’s character’s stepson, and out of the entire star-studded cast, Richard Curtis said giving Sangster the role was “the best bit of casting” for the entire film.

Andrew Lincoln’s character Mark is based on Richard Curtis himself. During the filming of the now infamous scene where Mark reveals his true feelings for Keira Knightley’s character Juliet via handwritten cards, Lincoln learned the truth behind his character. “Richard’s partner Emma came over and whispered in my ear, ‘You know, you’re playing Richard.’ I said, ‘What?’ And she said, ‘Yeah. this is the closest to Richard that he’s ever written.'” Also, many seem to really loathe that scene, but let’s set the record straight, it is amazing.

In the scene where Colin Firth and Lucia Moniz’s characters jump into the “lake,” the water was actually only very shallow and so they had to walk around on their knees while pretending to be swimming and treading water.

The young actress who played Sam’s love interest Joanna, Olivia Olson, really did sing that amazing rendition of “All I Want for Christmas is You” for the movie. Her voice was so good, however, producers didn’t think people would believe it was her, so they asked her to record it again, but this time “a little less good,” to sound more child-like.

At the time of casting, Curtis wanted some more famous stars and some less famous ones. The “less famous” stars he included were Andrew Lincoln, Martin Freeman, Chiwetel Ejiofor and January Jones, all of which have gone on to have very recognizable careers. Following their massive success, Curtis stated, “It’s a different movie now! So it’s kind of peculiar. Obviously, the woman who cast it, Mary Selway, is a genius.”

Every Richard Curtis film includes an unpopular and unliked character named Bernard because back in college his girlfriend broke up with him for a guy named Bernard. In Love Actually that character is Karen (Emma Thompson) and Harry’s (Alan Rickman) “horrid son.”

The gorgeous, talented and slender Emma Thompson looked a little bit different to fans and that is because she wore a fat suit for the role.

Speaking of Emma Thompson, it turns out of her most poignant scenes and in fact one of the hardest hitting scenes in the entire film was unscripted. After discovering her husband bought beautiful jewelry for someone else, her character goes upstairs and cries, and then pulls herself together and carries on, but that was not written in for her. “I just wrote that she goes upstairs, puts on the record, and lets the emotion show. Everything in that scene is just Emma,” Curtis said of the moment.

One of the film’s most iconic scenes is when, after being declared Prime Minister, Hugh Grant’s character dances around the house to “Jump” by The Pointer Sisters. It turns out no matter how well it came off, Grant hated that scene, put it off until the last day of filming and was “hugely grumpy about it.” Being a professional, however, Grant ended up getting really into it, making the sequence so good it was hard for Curtis to edit. 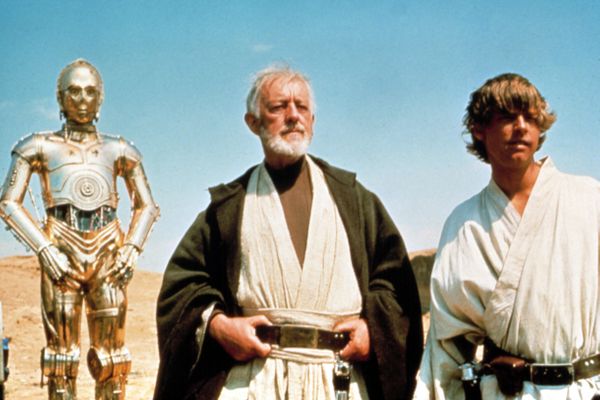