Many people in Hollywood strive for extreme perfection and wind up walking around looking like Wacko-Jacko. Fortunately, there are some A-list celebs that have been able to indulge in their vanity while maintaining a naturally beautiful appearance. This list takes a look at the surprising famous faces that may have had a little help.

As one of Hollywood’s most beloved A-listers, it was important for Jen to keep her plastic surgery to a minimum. Who would have even noticed she had a nose job? The adjustment was very minor with a slight slimming to the bridge. Some reporters and surgeons suggest that Aniston has actually undergone two rhinoplasties, but who can tell? Jen dished about her cosmetic enhancements on Conan O’Brien and admitted to being slightly “obsessed” with laser therapy. “I did this thing called like, a peel. It’s extremely intense—you don’t realize you look like a battered burn victim for a week—and then [the dead skin on your face] just kind of falls off…for eight days. It was kind of horrifying.” Well done doctors…you had me fooled!

So, we may not have noticed that Zac Efron spent some time under the knife because of old fashioned ideas that beauty is just for women. This heartthrob seems to have undergone a nose job sometime after High School Musical 2 and before High School Musical 3, but he kept it natural and just made it slightly narrower and less prominent. While Zac has never confirmed the procedure, I think it’s safe to say that either way, Zac hasn’t lost any fans!

Former member of Destiny’s Child, Kelly Rowland, revealed that she had both a nose job and breast implants to enhance her look. It was a decision that she took very seriously on the advice of Tina Knowles, Beyoncé’s mother. She waited until she was 28 to have breast augmentation; she told Shape magazine, “I wanted to get breast implants when I was 18, but my mom and Beyoncé’s mom told me really think about it first. I took their advice and waited 10 years.” Many rumors have also circulated that Rowland has had butt implants. Whether it’s true or not, Kelly’s choices have been subtle and she’s been able to maintain her stunning beauty.

Kate Middleton’s smile is plastered all over magazines and websites all over the world, and as such, the girl needed a little adjustment to give her the confidence needed to be the most radiant Duchess of Cambridge possible. In order to achieve a natural look, Kate reportedly worked with pioneering French dentist, Dr. Fillion, who specialises in what is called “harmonious asymmetry.” Dr. Fillion’s close friend and colleague, Dr. Bernard Touati, told The Times magazine that Kate’s teeth “aren’t absolutely aligned. In the United States they want teeth that are symmetrical, monochromatic, artificial…He did some little micro-rotations on Kate Middleton so that it looks like a natural, healthy smile, but not artificial.” Well the desired result is the result they achieved! No one would guess Kate had any work done on those pearly whites!

Anna Faris has seemed to transform in front of our eyes over the years, but in a way that you just can’t pinpoint what is different. Anna has fully acknowledged her breast augmentation, telling The New Yorker that it “wasn’t a career thing—it was a divorce thing.” (This was back in 2007 after she split from Ben Indra). Faris also admitted to getting lip injections for her role in The House Bunny in 2008. In addition, Faris is believed to have had Botox injections, and silicone injections on her cheeks, nose, eyebrows, and chin. Oh…I guess that’s what’s different!

Ellen jumped under the knife as pressures to remain young took their toll on her career being ever-present in front of the camera. Ellen is reported to have had a facelift and a necklift. A Chicago-based facial surgeon, Dr. Steven Dayan, supported this report to Radar Online: “Her jawline is clean and sharp—the neck muscles conjoin in the center of the neck, which is commonly seen when they’re tied together.” Well Ellen did it right. She didn’t get rid of all of her imperfections and that makes it very difficult to tell she’s had any work done at all!

Mila was always such a beauty that many people didn’t seem to notice her transformation. Looking back at old pictures, her nose job becomes quite obvious. According to surgeon Jennifer Walden, “After looking at many photos of Mila Kunis, I believe she’s had a conservative and elegantly done rhinoplasty that served to narrow the width of the nasal dorsum (or bridge), and give it a little more dorsal height and refining the tip. This fits her beautiful face much better; it seemed broad and boxy or her petite face in older photos.” Mila is also said to have undergone breast augmentation, although she has never admitted to any procedures publicly.

Simon Cowell doesn’t spend any time trying to hide his Botox use. At the 24th Music Industry Trusts Awards, Cowell joked about his love of Botox: ‘I want to say a special mention to somebody who made my TV career last 14 years, he’s not here tonight but he deserves a special mention. It’s the person who made Botox. You have no idea how much money you’ve made me. I can’t even look surprised. But I love you wherever you are.”

Beyoncé the beauty is believed to have undergone rhinoplasty. Plastic surgeon Dr. Susan Evans, who has not treated the star, said that she identified some minor changes to Beyoncé’s nose. “Beyoncé’s nose is more narrowed and the nose bridge appears elevated.” Beyoncé may have also received breast augmentation surgery, but is said to have kept it subtle, only going up one cup size to a 36C. No matter what Beyoncé has or hasn’t had done, her looks are flawless!

Gwyneth Paltrow has kept her cosmetic procedure list to the bare bones to ensure her stay on the natural beauty list. Surgeons, who never treated Paltrow, speaking to Radar Online said that it looks as though she’s had some Botox injections. Another expert, celebrity aesthetic specialist Zara Harutyunyan, with Cosmetic Rejevenation, told the site that, “It looks like she had volume replacement on cheeks with help of dermal fillers such as Juvederm Voluma XC.” Well I guess the secret of natural beauty is really out! It’s not yoga and her strict diet, but a face full of needles!

Who would have noticed the small change in Brad Pitt? You have to go back a far way to catch it, but one of the most handsome men of all time had cosmetic surgery to make his ears more beautiful! I knew there had to be some imperfection!

The Avengers actress is known for her stunning good looks, but it’s a look that has changed over the course of the years due to a nose job, or as some speculate, a series of nose jobs, that has culminated in the nose of Scar-Jo that we know and love today. Many people even speculate that Scarlett may have had breast reduction surgery. Others state that she has simply lost weight. Guess you’ll have to be the judge on this one! 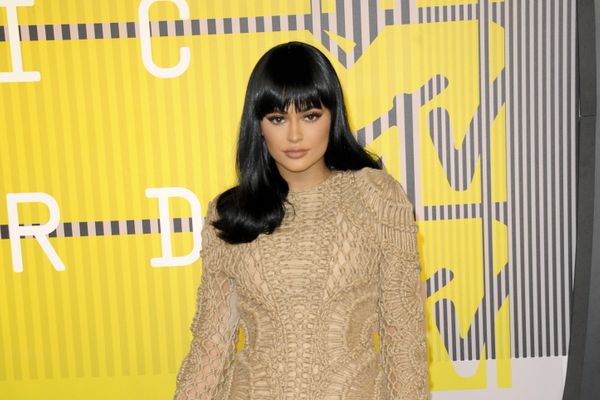