Life can at times imitate art, so when soap opera actors start dating, audiences tend to swoon. Actors can fall in love on the set or simply hook up at daytime drama functions. While there are some real-life soap opera relationships that can last the long haul, others sometimes end in disaster. Below are the 12 most devastating real-life soap opera breakups.

Back in their heyday, Eileen and Jon were daytime drama darlings, hitting the red carpet together at many soap opera functions. The two were married in 1997 and seemed quite happy until they divorced in 2000. Interestingly enough, Eileen would be introduced to Vincent Van Pattern in 2000 when he appeared on the soap she is on, the Young and the Restless (Y&R). The two became friends, as both were married at the time, and would dive into a relationship once their divorces were official. Van Pattern and Davidson would marry in April 2003 and have been happy since.

General Hospital’s (GH) Kiki Jerome and Michael Corinthos made quite a couple in Port Charles, which made it no surprise when actors Kristen and Chad hooked up during this time period as well. Sadly, Kristen chose not to renew her GH contract in early 2015 and while the decision did not seem to affect their relationship, by October of that year Alderson confirmed a split from Chad via Twitter and ended up relocating to the east coast.

Speaking of GH love on the set, around the same time Chad and Kristen hooked up, so did Bryan (ex-Morgan Corinthos on GH) and Kelly (ex-Britt Westbourne on GH). The two started dating in 2013, were engaged in 2015, and seemingly called it quits in 2016, as the two never made an official announcement. While they once splashed their love all over social media, one day it simply stopped, and it was clear that they weren’t together as Kelly started posting photos on her Instagram of living in New York City, while Bryan was busy living the good life in Los Angeles. The reason behind the split is uncertain.

These two met on the set of One Life to Life (OLTL) and embarked on a relationship from 2008 to 2012. So, why did they break up? According to Lavoisier, when OLTL was canceled, the couple moved out to LA and he had a hard time dealing with all the change. Being in a dark place, Farah, unfortunately, could not deal with his depression and ended up leaving him five months later.

GH’s Ned Ashton and Lois Cerullo made one of the coolest couples on the show in the late ‘90s. As that storyline progress, love would also blossom for the actors who played the duo. Wally and Rena would get married in 1995 and while they did reportedly try to work things out before they went their separate ways, their wedded bliss would end in divorce by 1997. The good news is that the marriage resulted in one beautiful daughter, Rosabel Rosalind Kurth, which the two still co-parent nicely to this day.

There is just something in the GH water; onscreen couples seem to hook up in real-life on the set! Such was the case when Tyler (ex-Nikolas Cassadine) and Natalia (ex-Emily Quartermaine), who decided to take a chance on love. Nikolas and Emily were a bona fide GH super couple and that chemistry seemed to spill outside storylines in 2004 when these two started dating. It was reported that Tyler bought Natalia a Yorkshire puppy for Christmas one year, and while they announced a breakup in 2005, these two would try at it one more time in the spring of 2006. Sadly, the second go-around wasn’t a success and they broke up for good in 2007.

Most fans of the This Is Us star know that Justin Hartley got his start in acting through soaps. He began dating fellow Passions colleague Lindsay Korman in 2003 and the two would get hitched about a year later in May 2004. A few months after that the two welcomed a baby girl into the world and became a little family. While they enjoyed a vows renewal ceremony at one point during their marriage, in May 2012, the couple filed for divorce, citing “irreconcilable differences.”

Tyler seems to be all over the board when it comes to onset romances. While Nikolas and Brenda (played by Vanessa) never had a bona fide relationship, Marcil and Christopher sure did. The two hooked up in 1997 and would break up around 1999. Vanessa would start dating fellow Beverly Hills 90210 co-star Brian Austin Green shortly after.

These two GH stars kept their romance under wraps until they revealed to People magazine in August 2013 that they had gotten married (on the down low) that past June and were expecting a baby in early 2014. On January 7th of that year, their daughter Harper Rose was born and then two years later, the couple would call it quits. The silver lining in this devastating breakup is the fact that they have worked hard to amicably co-parent little Harper, and you can see the incredible job they are doing via both of their social media accounts.

Much like many other couples on this list, Amelia and Thad followed in the footsteps of their Y&R characters Victoria Newman and J.T. Hellstrom and got hitched in March 2007. The couple would have a son and daughter together and seemed to be living the soap opera couple dream, until the Thad filed for divorce, citing “irreconcilable differences” in 2017.

Meeting on Days of Our Lives (DOOL), the two hit it off and got married in 2002. Things started to take a turn for the worse after five years of marriage, and Kyle and Ari decided to separate in the summer of 2007. Still, the couple would to give it another go in 2008, and would welcome a daughter into this world some months later in 2009. Sadly, five years later the couple would announce their divorce in 2014.

Back in the late 1980s and early 1990s there simply was no bigger super couple than Frisco and Felicia Jones. The chemistry these two had lit up daytime screens on GH and it was no shocker when fans found out that the two actors playing these roles were dating in real life. Jack and Kristina would get married in late 1993; however, years later in 2001 the two would file for divorce. Mirroring the soap opera storylines from their show, Kristina and Jack would try and work out their issues two years later, officially reconciling in 2004. Sadly, they filed for divorce once again in 2005. 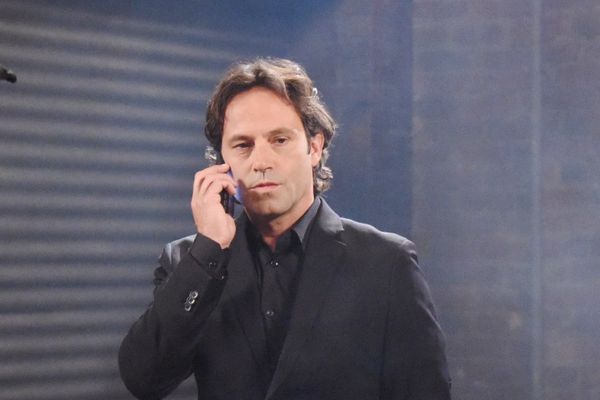