12 Popular Celebrities Who Started Out On Soap Operas

and Celebrities have to get their careers started somewhere. Not just anyone can walk into an audition and land a leading role in a big budget movie. The vast majority of celebrities have to earn the right to a leading role, which means auditioning for parts on soap operas, television shows, commercials or in plays. There are a surprising number of celebrities who got noticed thanks to their appearances on soap operas. We decided to research some well-known celebrities and see which ones launched their careers on these dramatic daytime programs and we found 12 that might surprise you! Check out our list of popular celebrities who started out on soap operas:

Before she was part of the Brat Pack, Demi Moore had a regular role on General Hospital as investigative reporter Jackie Templeton. She stuck with that role for a few years, but she ended up moving on to bigger and better things. By the ‘90s, Moore was one of Hollywood’s most expensive and most sought-after actresses; however, after a string box office flops and a self-imposed career hiatus, she has more or less disappeared from movies and television in the past decade.

John Stamos’ first big role on television was on the soap opera General Hospital as Blackie. Although his character was originally scheduled for a five-episode arc, his popularity convinced studio execs to turn his character into a regular on the show. Stamos achieved even greater success when he landed the role of Jesse Katsopolis on Full House. Since that show ended, he has continued to act on television and has had leading roles on shows like Jake in Progress, ER, Grandfathered, and Scream Queens.

Eva Longoria had a guest-starring role on General Hospital and then nabbed a regular role on the CBS daytime soap opera The Young and the Restless as Isabella Braña. After leaving that show, she landed her breakthrough role as the adulteress Gabrielle Solis on the hit television series Desperate Housewives. Since the series ended a couple of years ago, Longoria hasn’t been especially busy. She has lent her voice to a character on the show Mother Up! and had a leading role on Telenovela.

Calista Flockhart’s first television role was on the daytime soap opera Guiding Light; however, it wasn’t until she caught the eye of producer David E. Kelley that she got her big break. Kelley cast the relatively unknown actress in the lead role of Ally McBeal. Flockhart became an overnight success. After that series ended, she landed another starring role on a hit television show, Brothers & Sisters and then the superhero drama Supergirl.

Lindsay Lohan made her acting debut on the soap opera Another World playing Alexandra ‘Alli’ Fowler. She kept that role for a year before she left to star in the Disney movie The Parent Trap. Unfortunately for Lohan, her career peaked while she was still a teenager and then quickly fizzled out thanks to her well-publicized struggles with drugs and alcohol. These days, the former “It” girl isn’t up to much acting-wise but did star in one of Oprah Winfrey’s OWN documentaries called Lindsay and also landed a role on the British show Sick Note.

Brad Pitt’s television debut was on the daytime soap opera Another World. This role led to a bigger one on the primetime soap opera Dallas. A few years later, Pitt landed his breakthrough role in the movie Thelma & Louise. It wasn’t a big part, but it put his name on the map. Since then he has become one of the most in-demand actors. He is consistently offered roles in commercially successful, as well as critically acclaimed films.

Although Meg Ryan made a brief appearance in George Cukor’s 1981 film Rich and Famous, her real start in Hollywood was on the daytime soap opera As the World Turns. Her character – Betsy Stewart – was featured in a popular romantic story arc. Ryan’s first leading role came several years later in the movie When Harry Met Sally. During the ‘90s, Ryan was one of the most in-demand actresses for romantic comedies; however, her career has since fizzled out.

Before she had the lead role in Buffy the Vampire Slayer, Sarah Michelle Geller was cast in the soap opera All My Children as Kendall Hart, the long-lost daughter of the character Erica Kane. She was so convincing in this role that she won a Daytime Emmy Award for Outstanding Younger Actress in a Drama Series. Gellar eventually left television to focus on movies; however, her movie career never really went anywhere. Even though she has had leading roles on a couple of TV shows in recent years, she still hasn’t landed a role on a show with any staying power since Buffy The Vampire Slayer.

Despite having shown up in a couple of music videos in the late ‘90s – including Christina Aguilera’s video for “Genie in a Bottle” – Josh Duhamel’s big break came when he won the role of Leo du Pres on the ABC soap opera All My Children. He even won a Daytime Emmy Award for Outstanding Actor in a Drama Series for his performance. Although he left the soap in 2002 to pursue other acting opportunities, Duhamel’s career has yet to really take off.

Julianne Moore is recognized as one of the most talented actresses in Hollywood; however, she had to work hard to get where she is. Her first big break came when she was cast in As the World Turns, playing the dual roles of half-sisters Frannie and Sabrina Hughes. Moore even won a Daytime Emmy Award for Outstanding Ingenue in a Drama Series. She eventually left the soap to focus on theatre and then she worked on breaking into films.

Ryan Phillippe’s acting career began when he made an appearance on the daytime soap opera One Life to Live. The character he played, Billy Douglas, was the first gay teenager that was ever featured on a daytime soap. Phillippe became a much sought after actor during the ‘90s; however, these days, especially after his divorce from Reese Witherspoon, his career isn’t so hot. He currently has a lead role in the TV drama, Shooter.

Alec Baldwin’s career began on television. In the early ‘80s, he had roles on two different soap operas The Doctors and Knots Landing. He then moved into film, landing roles in Beetlejuice and Working Girl. During the ‘90s, Baldwin became a much more in demand actor; however, after his acrimonious split from Kim Basinger, his career cooled down considerably. In recent years, he had a role on the TV series 30 Rock and a recurring role on Saturday Night Live as Donald Trump. 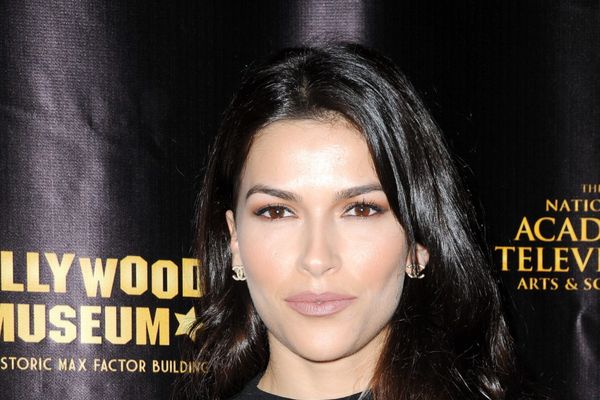