12 Successful Celebrities Who Started Their Careers At McDonald’s

Everybody has to get their start somewhere and for a surprising number of celebrities, that place was McDonald’s! This list takes a look at those A-listers who began their career at the golden arches.

Rachel McAdams put the “Mc” in McDonald’s when she worked there back in the day. She confessed to Glamour Magazine, “I was not a great employee; I broke the orange juice machine one day.” Well, she’s certainly come a long way from her days of minimum wage and broken beverage machines. McAdams has starred in such flicks as The Wedding Crashers, The Notebook, Midnight in Paris, Spotlight and was recently in the acclaimed television series True Detective. Slightly more glamorous!

Sharon Stone is the image of Hollywood glam, but before her modeling career took off, she was slinging sacks of fries and frying up Big Macs. McDonald’s is a far cry from an Academy Award, but for Sharon Stone, they were both a part of life’s journey. In 2016, we’ll be able to catch Sharon in the much anticipated flick Mother’s Day set for release in May.

Before she was ‘Shania Twain’ she was ‘Eilleen Regina Edwards’ and she worked at a McDonald’s location in her native hometown in Ontario, Canada.  Shania has since gone onto basically invent the genre of pop-country, and has become one of the world’s best-selling artists of all time, with a massive 85 million albums sold worldwide!

James Franco has become quite the academic and has taught Film and English courses at USC, UCLA, CalArts, and NYU, but before his literary undertakings, he dropped out of college and worked the night shift at Mickey Dee’s! He’s come a long way with starring roles in the feature flicks Pineapple Express, Milk, The Green Hornet, and the Spider-Man trilogy.

P!nk is known for her tough-girl ways, but before she was a pop-punk princess, she was fighting the good fight and busting her butt to make minimum wage. P!nk worked at various fast food chains in Pennsylvania including McDonald’s, Pizza Hut, and Wendy’s before she became famous with her debut album and hit tunes like “You Make Me Sick,” “Most Girls,” and “There You Go.”

Seal claims that working at McDonald’s “was the worst job I ever had.” But let’s face it, when the majority of your working years have been spent recording albums, and appearing on reality TV as a coach on The Voice, anything would be worse!  To date, the singer has released nine studio albums and has sold over 30 million world-wide.

This soulful-songstress worked at McDonald’s before she struck it big. In 2006 she appeared in a commercial for the burger chain in which she recounted the great experience she had working there. Gray has released six studio albums and has received five Grammy Award nominations.

Fred Durst is an icon of the early 2000s with massive hits with Limp Bizkit “Nookie,” “Break Stuff,” and “Re-Arranged,” but before his days as a rock and rolling front man, Durst worked at a Florida Micky Dees. We haven’t seen Fred for a few years…perhaps he’s returned to the drive thru!

Writer and comedian D. L. Hughley has had great success in his career, having worked on ComicView, The Original Kings of Comedy, Weekends at the DL and D.L. Hughley Breaks the News among others, but his start was pretty rough. Hughley was a member of the Bloods and was expelled from high school. Eventually he turned his back on the gang life, got his GED, and his first legitimate job was at McDonald’s before he moved on to working for the Los Angeles Times. Running with the bloods and working at Mickey Dee’s is a long way away from Dancing with the Stars, but yet, here we are! Now there’s someone who turned his life around!

British actor, James D’Arcy got his start at the golden arches before making the decision to pursue acting. D’Arcy attended the London Academy of Music and Dramatic Art before landing gigs in television series like Silent Witness and The History of Tom Jones, The Foundling. He successfully transitioned to the Hollywood big screen and is best known for his roles in Master and Commander: The Far Side of the World, Cloud Atlas, and Let’s Be Cops.

According to Forbes this guy is the 39th most powerful dude in Africa, and his list of credentials is long. One job on his resume includes work as a security guard at McDonald’s! This singer, songwriter, and producer has worked with the likes of Kanye West, Jay-Z, and Beyoncé, but his modest beginnings have proven a blessing.

Judge Greg Mathis chronicles his turbulent days in his memoir Inner City Miracle. The troubled youth was a member of a Detroit street gang and was arrested several times. At the age of 17, Greg’s mother visited him while he was incarcerated to reveal that she had colon cancer. Mathis was granted early probation due to his mother’s illness and he got himself a job at McDonald’s as a part of the probation arrangement. From there, Mathis turned his life around. He attended university and discovered an interest in politics. After graduating and attending law school, he struggled to get his license to practice because of his criminal past. Eventually, Mathis was elected a district court judge and never looked back. He holds the longest-running position as a court show judge for an African-American, and is the second longest serving arbitrator next to Judge Judith Sheindlin. Boom baby! 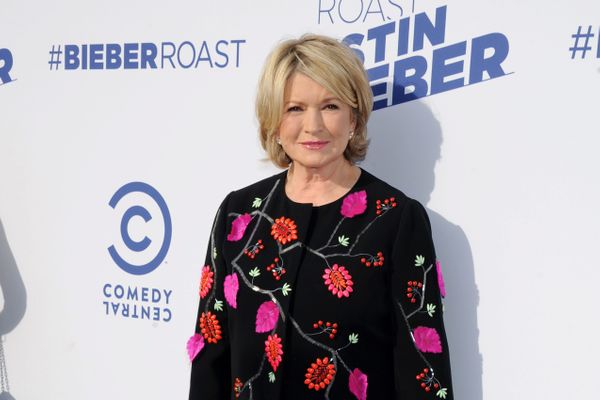 Jobs Before They Were Famous: 10 Crazy Celebrity Careers