Footloose went down in history as one of the most popular dance movies of all time. The musical drama retains all of its popularity today as a classic, iconic film that will never be outdated. Despite the fact that there was a remake made, like most of us expected, it didn’t live up to the original film. The movie tells the inspiring story of a small town that bans together against the efforts of a local minister in order to bring music back into the lives of high school students. It’s been over 30 years since the original film was released — here’s a look back on 12 things you probably didn’t know about the movie Footloose:

Kevin Bacon needed a lot of stunt doubles for his lead role because he wasn’t a professional dancer or gymnast. He had four stand ins including two gymnasts, a dance double and a stunt double. In an interview back in 2011, Bacon jokingly said he was furious about the number of stunt doubles he had for his role, “It’s like a starting pitcher getting taken out of a game — no one wants to be told they can’t get the guy out.” He also commented on the DVD commetary that there were days he didn’t even need to show up to work, “When I showed up to shoot [the solo dance] scene, I had a huge crisis in confidence. I had worked so hard and wanted to do everything. I showed up and there were four [stand-ins]. I felt like, why do I even need to show up? But obviously there were things I wasn’t able to do.” Bacon was also told by producers not to tell the media about his stunt doubles in fear of the film being criticized, but he refused to lie and the truth came out.

11. The True Story Behind Footloose

The film is loosely based on the true story of Elmore City in Oklahoma. Apparently when the city of Elmore was founded there was a law put in place that forbid any public dancing. In January 1979, a group of high school students challenged the law so that they could have a prom. The reverend from the United Pentecostal Church was furious, but in the end the kids won and got to dance on their prom night. Dean Pitchford had read about the story, visited the town and after 22 drafts he had a screenplay.

Tom Cruise was considered for the role of Ren, but he had a scheduling conflict because he was working on the film All the Right Moves at the time. Then Rob Lowe came along and also almost played the lead role. He had the exact look the studio was going for, but ended up injuring his knee (he tore his ACL) during dance practice for the film and couldn’t continue on. In an interview with Hollywood.com he said, “I have post-traumatic stress with anything having to do with ‘Footloose.'”

9. Chris Penn and Kevin Bacon Didn’t Know How to Dance

When Bacon first read the script he figured he could just wing it. In an interview with the New York Post, Bacon said, “The script didn’t really indicate anything it just said ‘and then they dance’ I said, ‘I don’t know if you really need a choreographer, because I just like to dance. Why don’t you just let me dance, and turn the camera on?” In the end he got three weeks of rigorous dance training and had to learn some gymnastics. Chris Penn also didn’t have any experience with dance and Taylor-Corbett had to relate it to wrestling in order for him to really get into it. Bacon said, “[Chris] would get [in the dance studio] with a coffee and a cigarette doing plies. The choreographer finally said, ‘You know, we just have to have some rules. You can’t smoke when we’re in the middle of class and you have to put your coffee to the side.”

The last scene of the film wasn’t how the film originally ended. The movie ran out of money toward the end of filming and couldn’t afford a lavish set up and background dancers so the last scene was going to just be a slow motion dance. However, when the film was screened before audiences, they didn’t seem to like it. So six weeks before the film was released, the studio raised money and re-shot the ending into a big dance scene with more dancers and props. It cost $250,000 to do the re-shoot. In order to find dancers last minute, the producers went to L.A. dance clubs on New Year’s Eve to find new talent.

Sarah Jessica Parker played the role of Rusty, but she almost backed out of the film. The producers wanted her to cut and dye her hair for the role, but she refused. She said in the DVD commentary, “My hair had at last grown out from being shorn and dyed red because I played Annie on Broadway. I really didn’t want to, so I passed.” A few days afterwards the producers had a change of heart and let her keep her hair as it was.

6. Locals Weren’t Thrilled About Their Presence While Filming

The film takes place in Bomont, Oklahoma, but it was actually filmed in a part of Utah that is heavily populated by Mormons. Kevin Bacon commented on their time there and said he didn’t think the local people trusted them at all. He said, “A lot of people thought we were doing the devil’s work. There were reports of skinny-dipping in the hotel pool, illicit sex and drugs — all of which were true — but the community was really uncomfortable with us. And fascinated and intrigued as well.”

Bacon pays DJs to not play Footloose at parties. He said he loves the song, but he doesn’t like it when he goes to parties and the song is played because people will form a circle around him, clap their hands and always expect him to perform “like a trained monkey.”

4. Bacon’s Jeans Were Extra Tight for a Reason

In the behind-the-scenes commentary on the DVD, Bacon divulged a little bit about his wardrobe for the film. He said, “I remember having these pants on that were unbelievably tight already, but weren’t quite tight enough for some of the shots. They would take them and pin them from behind so they were really skintight. It wasn’t so much about sexiness as it was that line to make the [dance] move look more powerful.”

Bacon said that he has trouble with public speaking, so in the film when he had to shoot a scene speaking in front of the town council to plead Bomont town to bring dancing back his body broke out in hives. To cope with his fears he took half of a Valium to calm his nerves.

John Lithgow played the part of Reverend Shaw Moore, but he had no idea how to channel this character. He took to the Yellow Pages and looked up a local Assembly of God minister, told him he was lonely on location and needed someone to talk to about Jesus. He didn’t lie to the minister, but kind of just left out the part about researching him for a role. In an interview with The Huffington Post, Lithgow said, “[It was an] incredibly valuable thing to do. I did feel like a total hypocrite, a snake in the grass, but without that — this man was extremely kind and very persuasive. That’s what I needed to play that part and deliver those sermons.”

1. Kevin Bacon Did Under Cover Research For the Role

In order to harness his inner teenager, Kevin Bacon went under cover at a nearby high school in Provo, Utah. The school was close to where the movie was filmed and the only people who knew what he was doing were the principal and a guidance counselor. When he was asked to reflect on this experience he said, “It was very much like my experience in the movie. A lot of the kids were hostile and the girls did a lot of giggling. People bumped into me in the halls. One kid, who was a lot like Chris Penn’s character, was sweet and supportive. Basically I was terrified.” 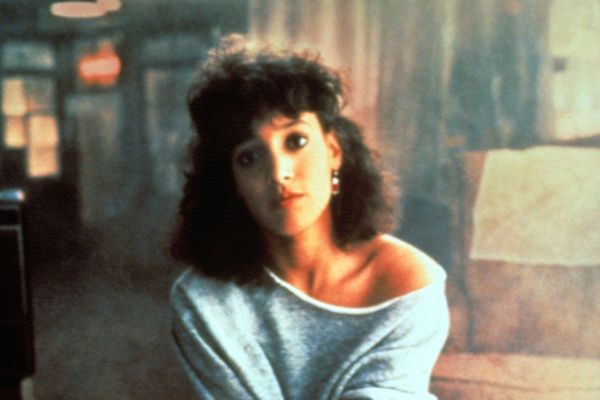