Things You Might Not Know About When Harry Met Sally

It’s hard to believe that the classic rom-com When Harry Met Sally… was released over 25 years ago back in 1989! The Columbia Pictures release was never intended to be the success it was, especially when considering the big-budget blockbusters it was up against such as Batman and Indiana Jones during the time of it’s release. The surprise 1989 hit went on to rake in over $90 million and resonated with audiences for it’s frank, honest and downright hilarious presentation of the friendship dynamic between women and men. Stars Meg Ryan and Billy Crystal, who played Sally and Harry respectively, had infectious chemistry and were a huge force behind why the classic rom-com became the cultural sensation it is today. Follow along to learn 12 fun facts you probably didn’t know about When Harry Met Sally:

12. Writer Nora Ephron hated the title of the film

Nora Ephron had an undeniable sharp writing style with the quick and witty banter between Harry and Sally throughout the film! Surprisingly, Ephron actually was not a fan of the title of the film, especially the “…” punctuation at the end. She went through quite a few trials before settling on a name and considered Boy Meets Girl, How They Met, and Harry, This Is Sally, but eventually she and director Rob Reiner turned the naming selection into a crew competition for a bottle of champagne and settled on When Harry Met Sally… 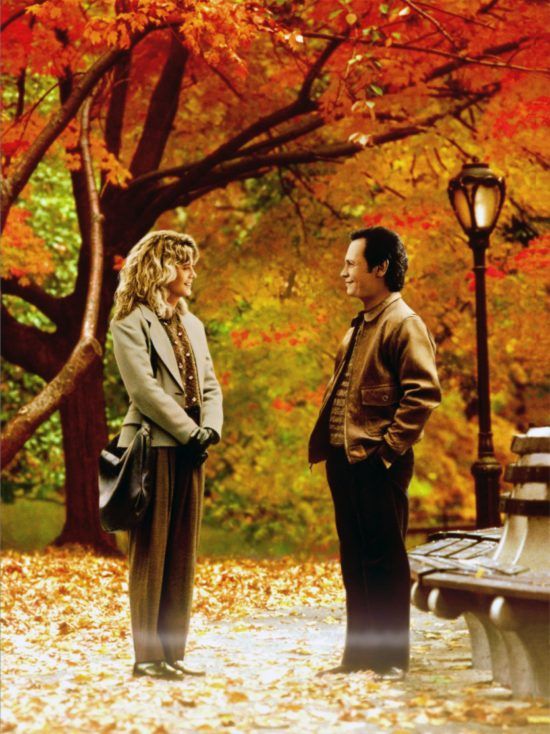 11. Harry and Sally were modeled after the director and screenwriter

The characters of Harry and Sally were actually modeled after the director Rob Reiner and screenwriter Nora Ephron! Reiner divorced director Penny Marshall in 1981 after 10 years of marriage before meeting Nora Ephron in the mid-’80s. He pitched multiple ideas for movies, mostly comedies about his dating experience, and Ephron agreed to write the script after interviewing Reiner extensively. Although the two simply remained friends rather than pursuing a romance like Sally and Harry, the two companions definitely had many similar conversations about the different ways that men and women view relationships. 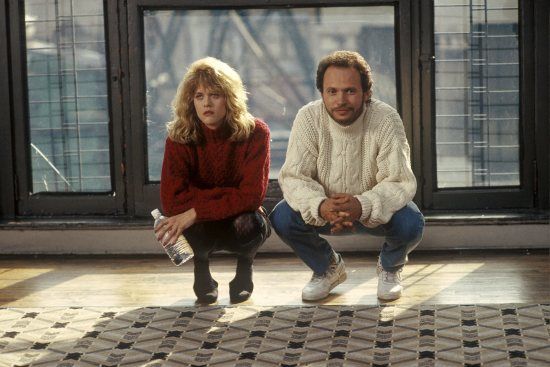 Sally’s picky eating habits show during multiple occasions throughout the film and this habit was actually based on Ephron! The screenwriter’s eating tendencies were put into the film after Reiner saw Ephron order food in a restaurant. When he questioned her, she simply replied, “I just like it the way I like it,” which became a line in the film. 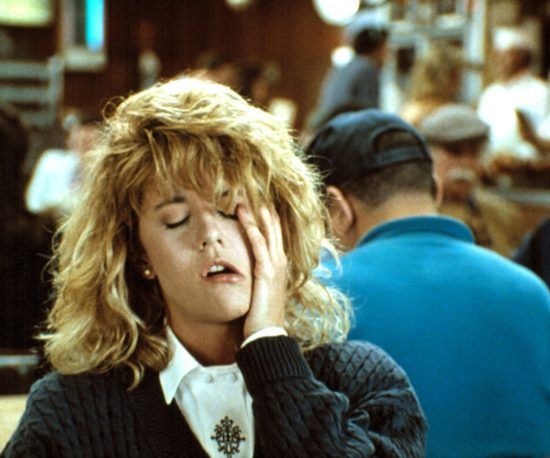 9. The “how we met” interludes were real love stories

A factor that made this film unique is the inclusion of interviews of couples telling the story of how they met throughout the film. The segments are actually true stories from married couples that Reiner discovered for the film. The stories were retold by elderly actors on screen, but the premise of each couple’s story is true and based on real life events!

8. In the first draft, Harry and Sally did not end up together

In the original first draft, Harry and Sally surprisingly did not end up together! Ephron felt it was the most realistic ending but it was only until later that Ephron and Reiner decided that the two belonged together. They’ve acknowledged the story is somewhat unrealistic and not a true reflection of reality, but for the sake of the film, they ended the story with a romance. 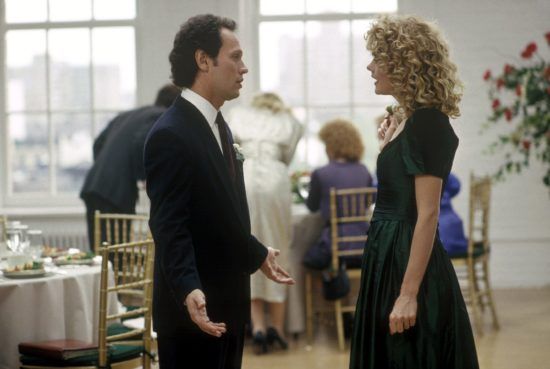 While filming the movie, Rob Reiner was introduced to photographer Michelle Singer by the film’s director of photography. They quickly hit it off and married in 1989, which was the same year that When Harry Met Sally… was released in theatres. Reiner has admitted that his own love story on the set of the film was a big factor that led to them deciding that Sally and Harry should end up together. 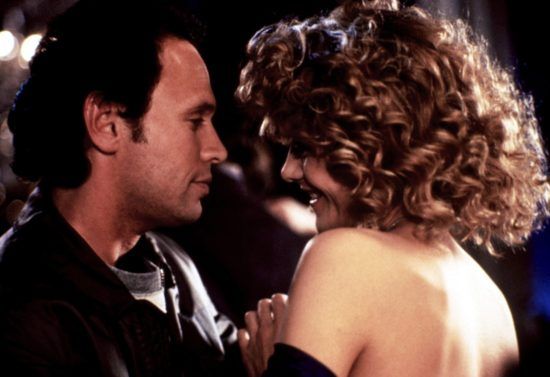 Albert Brooks was actually the first choice for Harry but he turned down the role because he thought the film was too reminiscent of Woody Allen. For Sally, Reiner initially wanted Susan Dey but also considered Elizabeth Perkins and Elizabeth McGovern. Allegedly Molly Ringwald was nearly cast as the lead but due to her busy and conflicting schedule, she had to decline. Reiner was hesitant about choosing Meg Ryan because she felt she was too attractive for Billy Crystal. 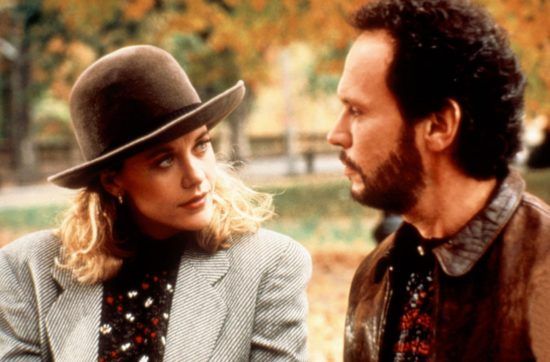 At the time of Pillow Talk in 1959, the Motion Picture Production Code set moral guidelines that all films released by major studios were not allowed to show a couple in bed together or any type of sexual contact between unmarried partners. To cleverly abide by this rule, the film Pillow Talk used the split screen technique. The code was abandoned in 1968 and Harry and Sally were kept apart purposely using this split-screen technique to show how close they were to being “just friends.”

4. The director’s mother said the most iconic line in the movie

Rob Reiner’s mother, Estelle Reiner, actually made a cameo in the film and said one of the most iconic and memorable lines in the entire movie. The line was even voted number 33 on the American Film Institute’s list of “Best 100 Movie Quotes in American Film.” The line came after Sally fakes an orgasm at the table while out to eat with Harry and following the scene, the film cuts to a customer who tells the waitress, “I’ll have what she’s having.”

3. You can visit the exact spot Harry and Sally sat at in Katz’s Deli

The famous orgasm scene was actually filmed at a popular restaurant in New York and can be found on New York’s E. Houston Street. Katz’s Deli even features a special tribute to the film with a sign hanging above the seat the duo sat at which reads, “Where Harry met Sally… hope you have what she had!” Clearly, Katz is proud of the unforgettable scene that took place in their deli!

2. Many lines were improvised

The hilarious line, “But, I would be proud to partake of your pecan pie,” was improvised by Crystal, which caused Ryan to laugh mid-scene and break character. Cyrstal silently prompted her to continue the scene and by looking closely, it’s clear that Ryan laughs spontaneously and briefly looks off camera to Reiner who also encourages her to continue the scene. Billy Crystal is known for his impeccable improv skills which is why it makes sense that a few of these one-liners were left in the film!

Molly Ringwald’s busy schedule eventually did clear up and she got the chance to play the character of Sally in a theater adaptation! In 2004, When Harry Met Sally… was adapted into a stage play on London’s West End but it was unfortunately not very popular. Luke Perry and Alyson Hannigan from How I Met Your Mother played Harry and Sally during its first run but were later replaced by Final Destination 2‘s Michael Landes and Molly Ringwald. 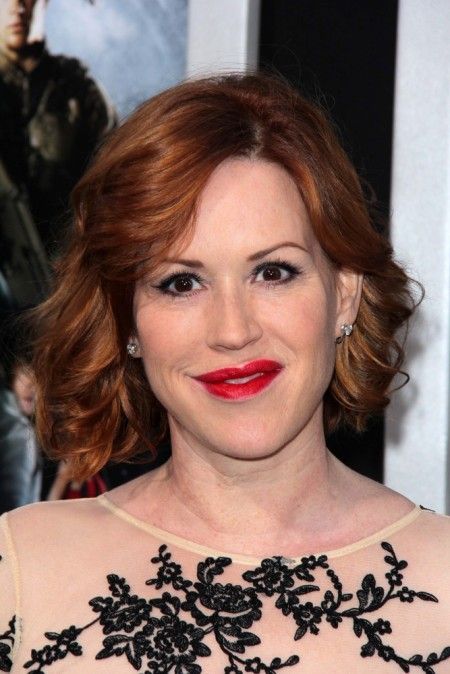 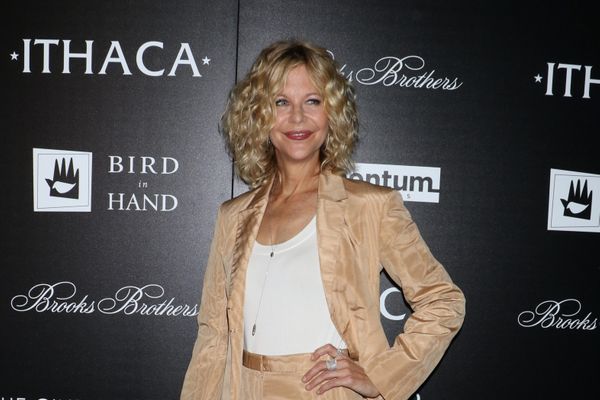