Celebrities are lucky in many ways because they get lots of perks that the average person doesn’t; however, when it comes to health, they don’t get any special privileges. Instead, they get the same viruses and diseases that we do. The only possible benefit would be that they have access to the best of the best in terms of treatment and medicine. The following 13 celebrities experience some pretty crazy health scares, but thanks to modern medicine, they were able to live to tell the tale:

Back in 2014, NeNe Leakes revealed that she had been hospitalized when doctors found blood clots in her lungs. “Late last week I wasn’t feeling well and was feeling a little short of breath,” she wrote on her website shortly after the incident. “I know my body and I know when I should be concerned so I went to the hospital to get checked out. After some routine tests I was diagnosed with blood clots in my lung.” Leakes is doing well though, but she still needs to take medication and will probably have to for the rest of her life.

Randy Travis was admitted to the hospital in 2013 for viral cardiomyopathy, a disorder in which a virus attacks the muscles of the heart and causes it to beat more slowly; however, this lead to congestive heart failure, which caused a stroke, and left him unable to walk or speak. In the years since the stroke, Travis has made tremendous progress. He’s had intensive physical therapy, so he can now walk with no assistance and dress himself. He also remembers the lyrics to all of his songs and can use his left hand to strum the cords on his guitar neck.

Kelly Osbourne suffered a stroke on the set of Fashion Police back in 2013. According to her, she also had a three-and-a-half-minute grand mal seizure and was diagnosed with epilepsy after doctors found that she had scarring on her brain. All of the medicine that she was prescribed for to treat epilepsy eventually turned her into a zombie, so she went to an alternative medicine practitioner who diagnosed her with neurological Lyme disease.

In 2010, Michael Douglas told the press that he had stage 4 throat cancer; however, in a 2013 with Samuel L. Jackson, he admitted that it was actually tongue cancer that he was fighting against and, in a separate interview with The Guardian, he revealed that his cancer was caused by HPV, which he most likely contracted through oral sex. He underwent radiation and chemotherapy, which lasted five months, and had surgery to remove the small growth on the back of his tongue and, as of 2016, he’s cancer free.

Back in 2010, Toni Braxton first revealed she was suffering from systemic lupus erythematosus, an autoimmune disease, at the 8th Annual Lupus LA Bag Ladies Luncheon. In 2016 alone, she was hospitalized twice because of complications with Lupus. She also suffers from pericarditis, an inflammation of the heart lining, which has left her prone to high blood pressure and heart palpitations and that, much like her lupus, has interfered with her performance schedule over the years.

In 2013, Angelina Jolie underwent a preventative double mastectomy after she learned that she had the BRCA1 gene and had an 87% chance of getting breast cancer and 50% change of getting ovarian cancer. Two years later, in 2015, she underwent a preventive ophorectomy after a blood test revealed that she high levels of inflammatory markers that could be signs of early cancer. She has since gone into early menopause, but is glad that she had the procedure because her mother died of ovarian cancer at the age of 56.

Nick Cannon was hospitalized in January 2012 for mild kidney failure and again in February of that same year for pulmonary embolism after doctors found blood clots in his lungs. In March 2012, he revealed that he had been diagnosed with the autoimmune disease, lupus. In 2016, he had another flare up and spent Christmas in the hospital but, otherwise, he’s doing well.

Jack Osbourne was diagnosed with multiple sclerosis back in 2012 after he sought medical help for failing vision and numbness in his legs. While there is no cure for the disease, the former reality TV star gets medication injections three times a week to suppress it, and he tries to keep a positive attitude about his diagnosis. “‘Adapt and overcome’ is my new motto’” he said on The Talk.

Selena Gomez first began experienced health issues back in 2011 when she was hospitalized because of an iron deficiency. She blamed this on poor eating habits; however, in 2013, there were rumors circulating that she had lupus. In 2015, she finally confirmed that she had been diagnosed with lupus and had undergone chemotherapy to treat the autoimmune disorder. “I could’ve had a stroke,” she told Billboard. In 2016, she announced that she was taking a break from her Revival World Tour to deal with panic attacks and depression, which were side effects of lupus.

Back in 2012, Rosie O’Donnell suffered a heart attack; however, she delayed seeking medical help because her symptoms were more flu-like. When she finally did see a cardiologist the next day, an EKG revealed that she had a 99 percent blocked artery. According to her, what really confused her were that the classic heart attack symptoms for men aren’t the same for women. Instead of feeling the weight of elephant on her chest, she had an ache in her chest, sore arms, clammy skin and she threw up, so she thought that she had the flu. “Know the symptoms ladies, listen to the voice inside. The one we all so easily ignore. CALL 911,” she wrote on her blog, “Rosie Blog.”

Former Malcolm in the Middle star Frankie Muniz suffered two mini strokes – one in 2012 and then another one in 2013. “I couldn’t say words,” he said on Good Morning America. “I thought I was saying them. My fiancée was looking at me as if I was speaking a foreign language.” Although doctors diagnosed the episode as a mini-stroke, they don’t know what caused it.

Modern Family’s Sarah Hyland struggled with kidney dysplasia all of her life. According to the TV star, doctors told her mother that, because she was born with so many health issues, she would never live a normal life, but Hyland hasn’t let that get in her way. In 2012, her father gave her one of his kidneys; however, she still continues to struggle with her health. In 2016, she was forced to miss the Screen Actors Guild Awards for health reasons, and fans have noticed recently that she’s also lost a lot of weight, which she blames on her ongoing health problems. 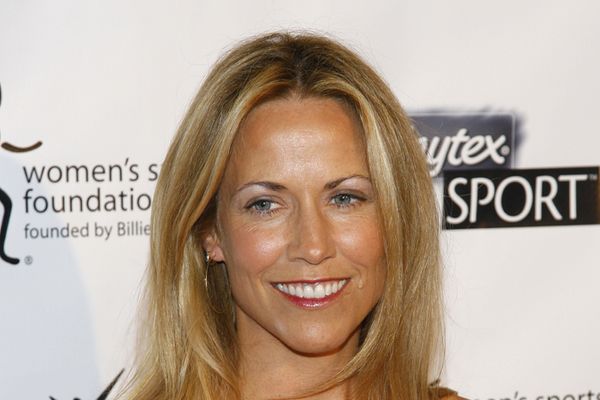