At this point, many forget that Keeping Up With the Kardashians star Kim Kardashian ever competed on Dancing With the Stars. In 2008 she competed on season seven of the series, but she didn’t exactly make a good impression. Kardashian was partnered with Mark Ballas, and despite high expectations for the pair, they were eliminated in only week two as the third pair to exit the season behind Jeffrey Ross and Ted McGinley in week one. It was a particularly rough elimination for Ballas who has just come off a huge Mirrorball Trophy win with Kristi Yamaguchi in season six.

In March of 2010, TLC’s Kate Plus Eight star Kate Gosselin left her eight kids at home for her solo trip on reality TV with her participation in season 10 of Dancing With the Stars. The pair only made it to eighth place out of 11, and the fact they made it even that far was astonishing. Through her reality series, many knew Gosselin never appeared to be someone who was easy to talk to or criticize and that proved true for her pro partner Tony Dovolani. Instead of putting her effort into mastering the moves, Gosselin became known for her bad attitude and Dovolani threatened to quit rather than work with her. Whatever kept her there, it most definitely wasn’t her dancing abilities that carried Kate Gosselin into week four of the season before being eliminated.

Former Laguna Beach star Kristin Cavallari took her turn on the dancefloor on the 13th season of Dancing With the Stars in 2011. Unfortunately, her time on the show was fairly underwhelming as she was the third eliminated, and once again it was Mark Ballas who got eliminated along with her. Despite her early elimination, Cavallari wasn’t that bad of a dancer and actually was only three points behind the leader of the week she got eliminated. Afterwards she did state that it’s unfortunate it was more of a popularity thing versus actual dance skills: “That’s the thing with Dancing with the Stars, you never know. It’s clearly not a dance competition!”

On Jersey Shore, the most fans saw Nicole “Snooki” Polizzi dance was on bars and drunk in the streets which really gave no indication of how she would perform on season 17 of Dancing With the Stars. Partnered with Sasha Farber, Snooki made it all the way to week seven before she was eliminated, and really exceeded most people’s expectations in the process. While she never had the highest score of the week, she never had the worst either and was progressively getting better until her rather unexpected elimination. Despite her progress, she was eliminated fifth, coming in at eighth place on the season out of 12 contestants.

It’s fairly surprising that more Bachelor and Bachelorette contestants haven’t transitioned over to ABC’s other hit reality show after their stint on the popular dating series. In 2015, Chris Soules became one of the few former Bachelors to appear on Dancing With the Stars when he competed in season 20. Out of 12 contestants, Soules made it all the way to fifth place, and no one is quite sure how he did it! A lot of credit has to be given to his pro partner Witney Carson because Soules was not a very good dancer. Over eight weeks in the competition, Soules had the lowest score three times and ended up with less points than two couples who were eliminated before him! Regardless, he did make it to fifth, which bumps him up a little on the list.

Robert Herjavec is a renowned businessman, but he is also a reality star thanks to his role as a panelist on the hit series Shark Tank. Herjavec competed against Soules and the other contestants in season 20 of the series, and although he was eliminated a week before, most would agree he was a marginally better dancer. Although he and Kym Johnson started off strong, the began to fall to the bottom of the leaderboard in week five and never recovered. His early dances though left him with more points than Soules who was eliminated after him. All in all, Herjavec still considers himself a winner on the season as he and Johnson are now happily married after striking up a romance as a dancing duo on the show.

It is easy to forget but back in the show’s second season, Real Housewives of Beverly Hills star Lisa Rinna dazzled on the dancefloor. The season only had 10 competitors, but Rinna danced her way to fourth place with partner Louis Van Amstel before being eliminated right before the finals! Rinna never secured herself a top score, but her consistently strong dancing helped her and Tony stay afloat in the competition for as long as possible.

In season 23 of Dancing With the Stars, Little Women: LA star Terra Jole made history as the first little person to ever compete on the series, and did she ever make an impression! Jole was faced with 12 other serious competitors, but along with her pro partner Sasha Farber, she danced her way to fifth place. During her time on the show, Jole landed two perfect scores and danced two perfect dances on the night of her shocking elimination. As one of only two stars to get two perfect scores in week 10, it seemed she was shoe-in for the finals, but was inexplicably eliminated. Those who watched her season know that Jole’s dancing was much better than the fifth place finish gives her credit for.

Back in 2009, Kelly Osbourne was just beginning her own career as a TV host when she joined season nine of Dancing With the Stars. At that point she was best known just as Ozzy Osbourne’s edgy and troubled daughter from her time on the family’s MTV reality show The Osbournes. While she grew up in the entertainment industry there was no indication that dancing would be one of her strengths, but she really shocked everyone. Season nine featured some stiff competition, but Osbourne along with her pro partner Louis Van Amstel made it all the way to third place, losing out to Donny Osmond and Mya. After a slow start in week one, Osbourne really improved and proved she was a force to be reckoned with on the dancefloor.

His sister Kim may have had a rather short stint on the show in season two, but it was a mistake to judge Rob Kardashian by his sister’s dancing skills. Many even forget Rob appeared on Dancing With the Stars, but that is surprising considered he made it all the way to second place! Rob competed on season 13 and was paired with Cheryl Burke for the competition where he placed only behind J.R. Martinez. Week after week, he stunned both audiences and judges with his progress and abilities and even ended the final week one point ahead of winner J.R. Martinez.

Season 19 of Dancing With the Stars saw some serious competition and one of the most surprising contestants of them all was Duck Dynasty‘s Sadie Robertson. Despite no background in dance or entertaining at all really, Robertson stunned judges and fans all season long finally placing second with her pro partner Mark Ballas. Sadie did so well that after the finale it was often asked, should she have won over Alfonso Ribeiro? Many were definitely Team Sadie who thought her dancing was better, it was just Ribeiro’s passionate fanbase that pulled him to the top.

Few models have competed on Dancing With the Stars, but fresh off of his America’s Next Top Model win, Nyle DiMarco decided to give dancing a chance on season 22 of the series. DiMarco made history as the first deaf contestant to win the show when he and pro partner Peta Murgatroyd gracefully trampled the competition on their way to the Mirror Ball Trophy. There were a lot of fan favorite stars on the season, but DiMarco’s talent was undeniable, and after racking up six weeks at the top of the leaderboard, it was no surprise when he was announced as the winner of the season. With no dance experience at all, his skills and win were additionally impressive.

There was little doubt on who would top this list! The former Bachelorette competed not once but twice on Dancing With the Stars! Rycroft first appeared on season eight in 2009 where and her pro partner Tony Dovolani made it all the way to third place, coming in just behind Gilles Marini and Shawn Johnson. Thanks to her impressive dancing and her popularity with the audience, Rycroft was asked back for season 15’s All-Stars season where she was even more impressive, and took home the Mirror Ball Trophy with Tony. While Rycroft did have dance experience as a former Dallas Cowboys Cheerleader, she was best known for her Bachelorette run in season 13, and there is no denying she is the best when she beat the best of the best in DWTS‘ All-Star season, which included her season eight winner Shawn Johnson who was the runner-up of All-Stars. 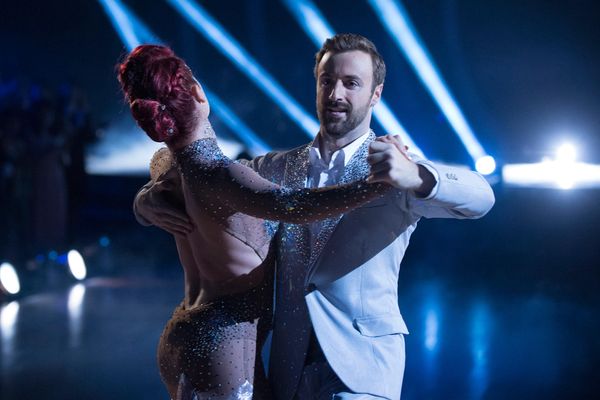