In the world of Hollywood it seems everything moves at record speeds, especially relationships. While some celebrity relationships end almost before they really begin, other couples go the opposite way and jump into commitment when it seems much too soon. Although it seems many of these couples hadn’t even been dating long enough to really even know each other, they became engaged and, while it worked out for a few, the quick engagement certainly didn’t lead to a fairytale ending for others. Check out 16 celebrity couples that got engaged very, very quickly!

As the saying goes, opposites attract, and that couldn’t be anymore true when it comes to Good Charlotte rocker Benji Madden and Hollywood darling Cameron Diaz. When the two were first reported to be dating in May of 2014, many weren’t sure if it was true and many more thought it wouldn’t last. Only seven months later, however, Madden popped the question in December of that year. If their engagement wasn’t quick enough, the actual length of it was even shorter as the two were married only 17 days later on January 5, 2015. The whole relationship and marriage was completely shocking because Diaz had been openly against marriage up until that point, but over three years later the couple are still going strong.

The summer of 2014 heated up with the romance of Sofia Vergara and Joe Manganiello. The two very attractive stars began dating in July 2014 and while everyone was very supportive of the new couple, no one thought they would start looking towards marriage so quickly. Only six months after they began dating, Manganiello proposed to the Modern Family star on Christmas Day 2014 while they were on vacation in Hawaii. The quick engagement didn’t seem to be because they were in a rush to get married and they took their time planning their big day before tying the knot nearly a year later on November 21, 2015. The two are still going strong and can’t stop gushing about each other!

For years George Clooney was Hollywood’s ultimate bachelor following his divorce from Talia Balsam in 1993. Over the course of his time in the spotlight, Clooney was at the center of some very high profile relationships, none of which led to an engagement, and Clooney even said he would never marry again. That all changed when he met human rights lawyer Amal Alamuddin, however. After only six months of dating, Clooney popped the question on April 28, 2014. Later that year the duo wed on September 27, 2014, and have since welcomed twins, Ella and Alexander.

Avril Lavigne and Nickelback’s Chad Kroeger are both musicians and both from Canada, which is all they needed to know as they jumped head first into a serious relationship. The pair began getting close in March 2012 when they came together to work on new music for Lavigne’s fifth album. By the summer of 2012 they were dating and only one month after confirming their relationship the two became engaged in August of that year. A year later the two tied the knot in the South of France but, only two years later in September of 2015, after many rumors, the pair confirmed they had split.

Glee actress Naya Rivera and rapper Big Sean seemed like a perfect match when they connected on Twitter and went public with their relationship in April 2013. Things between the two seemed to be going perfectly as well when they became engaged only a few months later in October. While it seemed like they would be in a rush to the altar, their relationship came to an abrupt end when Rivera ended the engagement in April 2014. That didn’t stop Rivera from getting married though. Instead of Big Sean, the actress married her former boyfriend, actor Ryan Dorsey, on July 19, 2014, the date she was supposed to marry Big Sean!

After two divorces and then an ended engagement with country singer Brantley Gilbert, actress and singer Jana Kramer still didn’t take too much time when it came to her relationship with Mike Caussin. The former One Tree Hill actress met the NFL player in August 2014 through Twitter and after a brief split and makeup, it was only four months later in December that the two became engaged. Although they had only been together for a few months and had already split once, they planned the wedding in record time and were married on May 22, 2015, which was only nine months after they began dating. After welcoming their daughter Jolie and going through another difficult separation after a cheating scandal, the pair have stuck together and welcomed their second child.

The relationship between Rob Kardashian and Blac Chyna took almost everyone by surprise. The reclusive Kardashian began making more public outings and reactivated his social media accounts after his love with the model blossomed in January of 2016. Only four months later, red flags went off for many when Kardashian proposed to Chyna amid a lot of drama in April of that year. The fast-paced relationship became even more intense when one month after the quick engagement the pair announced they were expecting their first child together. Of course, fans know that the couple’s entire relationship was plagued with drama and multiple breakups and makeups, meaning they never made it down the aisle before breaking up for good in December of 2016.

The Big Bang Theory actress Kaley Cuoco definitely did not take her time when it came to her romance with tennis player Ryan Sweeting. The two met through mutual friends at the beginning of the summer of 2013 and became inseparable almost immediately. The pair made their red carpet debut as a couple in late September at the 65th Annual Primetime Emmy Awards and things moved even more quickly when they became engaged only a few days later on September 26, 2013, after only three months of dating! Keeping up with their whirlwind romance became harder when they pair were then married only a few months after the engagement on December 31, 2013. After less than two years of marriage, the couple called it quits in 2015.

Katie Holmes couldn’t pass up the chance to date her childhood crush Tom Cruise and the whole relationship happened very quickly! Holmes and Cruise began dating in April of 2005 even though Cruise was 17 years her senior and only weeks before she had ended her engagement to actor Chris Klein. After only a few weeks of dating, Cruise appeared on Oprah Winfrey’s show where he infamously jumped on her sofa to proclaim his love for Holmes. On June 17, 2005 the actor and actress became engaged — only seven weeks after they began dating. While their engagement was extremely fast, the two took their time with their wedding planning and were married over a year later on November 18, 2006, after welcoming their daughter Suri earlier in the year. After nearly six years of marriage Holmes pulled the plug on the relationship and filed for divorce on June 29, 2012.

Singer Katy Perry and comedian/actor Russell Brand seemed like a strange match and eyebrows were raised with how quickly their relationship moved. Although the two initially met in mid-2009 when Perry filmed an unused cameo for Brand’s movie Get Him to the Greek, a few months later a romance blossomed when they ran into each other again at the 2009 MTV Video Music Awards in September. Since the pair took some time to go public with their relationship in late October of that year, no one was ready when only two months later the two became engaged on New Year’s Eve while on vacation in India. Nearly a year later they tied the knot in a Hindu ceremony on October 23, 2010, but after only one year of marriage, Brand blindsided the singer with a divorce filing on December 30, 2011, citing irreconcilable differences.

When Nick Jonas and actress Priyanka Chopra first started seeing each other in May 2018 many thought they were “just friends” but it turns out they were much more than that and things only heated up from there! Only two months later reports claimed that Jonas had popped the question to Chopra, who is 11 years his senior, during her 36th birthday celebrations. They were married just months later in December 2018.

Of all the celebrity relationships that no one saw coming, Mariah Carey and Nick Cannon’s was definitely one of the most surprising. Despite the fact that Carey is 10 years Cannon’s senior, the two fell in love quickly and within only weeks of dating they had decided that they wanted to marry. Even more surprising than their lightning-fast engagement was that only after six weeks of dating and a few weeks of being engaged they tied the knot on April 30, 2008. After three years of marriage the famous duo welcomed twins Moroccan and Monroe but only one year after welcoming their children, they separated.

Keeping up with Khloe Kardashian was never more difficult than her surprise and lightning-fast wedding to former NBA player Lamar Odom. The pair first met in August 2009 at a party Khloe hosted and although she admitted she “hated him” at first, her mind must have changed pretty fast because only one month later, on September 22, 2009, the pair were engaged. Before fans could recover from the shock of the engagement after only one month of dating, the two were married five days later on September 27 and were married for four years before she filed for divorce. Although the divorce was withdrawn in 2015 when Odom overdosed, she filed for divorce again in May 2016 and it was finalized that following December.

From his many on and off romances to his relationship saga with Selena Gomez, no one thought that pop star Justin Bieber was ready to settle down when he proposed to model Hailey Baldwin in early July, 2018 especially because the two had only begun dating again a few weeks before. The pair had previously dated for a short time before splitting in 2016 after which Bieber rekindled his romance with Selena Gomez. After that breakup however it seemed Bieber realized it was Baldwin he wanted to be with and it was clear their romance was back on in June 2018 when they were spotted passionately kissing in Brooklyn. Only a few weeks later the star popped the question in the Bahamas!

Many of Ariana Grande’s fans were shocked and devastated when she confirmed that she and her boyfriend Mac Miller had broken up after two years together. What was even more shocking was how only one week later reports surfaced the singer was already dating actor and Saturday Night Live comedian Pete Davidson. The relationship seemed to be moving at record speeds, however, when only three weeks later rumors circulated that the pair were already engaged and before long Davidson confirmed the news himself. Three weeks of dating hardly seems long enough for an engagement, but these two seem committed!

Pamela Anderson and Tommy Lee’s relationship was so fast there is no proof that an actual engagement was involved but, at some point, marriage must have been proposed. The two were married on February 19, 1995, after only knowing each other for roughly 96 hours or four days, which means that Lee proposed within one to three days of meeting Anderson. The couple embarked on a tumultuous and dramatic relationship, welcoming two sons before they divorced in 1998. 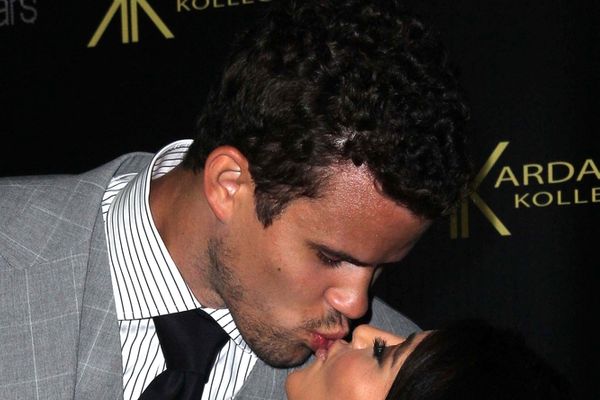 Hollywood’s 14 Shortest Marriages of the Past 15 Years