There are many ways to show love and devotion in a relationship, but it seems getting tattooed is the most popular! We found 15 celebrities who all have one sure thing in common — they chose to show their significant other just how much they care by getting inked in the name of love!

These two have been on-and-off-again for a while now, but it seems their back on for good now after welcoming their third son, Journey, on Aug. 4, 2016. Megan Fox and Brian Austin Green got married back in 2010 after dating for six years since 2004. During blissful times both stars had each others names tattooed on their bodies. Megan has Green’s signature on her lower stomach, while he has hers over his heart on his chest. Even though their relationship has been rocky at times, neither one ever had their tattoos removed or covered up — now that’s true love!

Who could forget about this tattoo? During one of his most famous relationships ever, Johnny Depp got “Winona Forever” tattooed on his right arm in honor of his former flame Winona Ryder. They dated for four years in the ’90s after meeting at the premiere of Great Balls of Fire! in 1989. After they broke up, Depp changed his tattoo to “Wino Forever.”

This tattoo isn’t visible anymore, but during happier times with tennis pro Ryan Sweeting The Big Bang Theory actress had her wedding date, December 31, 2013 tattooed on the back of her neck. After their split in September 2015 she had it covered up with a moth. “It was big enough to cover the numbers. Big wings,” she said during an interview with Ellen DeGeneres. “It’s just what I picked out when I was there.” Similar to his ex-wife, Sweeting had “Kaley” in cursive writing inked on his forearm. He also had their wedding date in roman numerals inside a heart near his wrist.

Just in case we needed one more reason to be jealous of the former Spice Girls star, Victoria Beckham, and her relationship with David Beckham, he goes and professes his love for her with a tattoo on his hand! The soccer player had his wife’s name written in cursive tattooed on the top of his right hand and the number 99 to symbolize the year they got married. Victoria also has a tattoo of her husband’s initials on the inside of her left wrist.

After being engaged for over a year and suffering through a brief break-up, Snow Patrol rocker Johnny McDaid and Courteney Cox rekindled their relationship. A few months later in September 2016, McDaid posted a picture of some new ink on his wrist which featured his fiancee’s initials and captioned the photo: “Ta-two” with a heart.

Former Glee star got inked in remembrance of her former co-star and late boyfriend, Cory Monteith, who unexpectedly passed away at the age of 30 in July 2013. Lea Michele had the number 5 inscribed on the side of her rib cage because 5 was the number on the back of Finn Hudson’s football jersey at McKinley High, which was Monteith’s beloved character.

These two fell in love fast and hard, but then had one of the most drawn out splits in celebrity history! Former NBA star Lamar Odom and reality star Khloe Kardashian went and got inked together a month after their wedding on Oct. 24, 2009. She got his initials “L.O.” on her right hand and he got “K.O.” on both of his hands. Khloe filed for divorce in December 2013, but it wasn’t finalized until December 2016.

In November 2013, five months after Marco Perego and Zoe Saldana secretly wed, the Italian artist got a large tattoo of what appeared to be Saldana’s face on his forearm. More recently, during an appearance on The Late Late Show With James Corden, the 38-year-old actress revealed she had a tattoo of her husband’s face on her left rib cage. “You want it to be in a place that’s private, that you only show when you’re, like, in a bathing suit. We had this amazing artist, Mark Mahony, do the tattoo for us. And I’ve been wanting to get it for two years…but I finally got it,” she said.

The former America’s Got Talent host has one of the biggest tattoo professions on this list! He had ex-wife Mariah Carey’s name inscribed on his back prior to their wedding in 2008. Thankfully he wasn’t alone in this and she got a tattoo on her back the day before they tied the knot which read “Mrs. Cannon.” Three months after their divorce Cannon had the tattoo completely covered with an even larger image of a crucifix.

Their love might not have lasted, but their matching tattoos sure did! While engaged Katy Perry and Russell Brand got matching tattoos of the Sanskrit phrase “Anuugacchati Pravaha” which means “go with the flow.” They got married, but after 14 months of marriage, Brand filed for divorce on December 2011.

They are one of the cutest couples in Hollywood and to make their relationship even sweeter, they got matching tattoos while on their honeymoon in Bali back in 2009. The Step Up costars and now spouses had “Side By Side” inked on their bodies. Channing’s tattoo is on his side, while Jenna’s is on the top of her foot.

Carey Hart has lots of tattoos, but one in particular is for his long-time love Pink. In 2009, the former professional freestyle motorcross competitor took to Twitter to share a picture of a new tattoo, a picture of his wife’s face on his leg. He captioned the photo “day of the dead style.” The couple got married in 2006, briefly split in 2008 and got back together in 2009. They now share two children together, a daughter and son.

Despite their rocky past, Tori Spelling and Dean McDermott have proved they are in it for the long haul and did so by getting inked! The former Beverly Hills, 90210 actress debuted a tattoo of McDermott’s wedding vows on her side while pregnant with her third child, Hattie, back in 2011. Dean has multiple tattoos for his wife: he has the phrase “Truly, Madly, Deeply, Tori” on his wrist, a portrait of her on his tricep and her name tattooed above his genitals. After news broke of his infidelity and he checked himself into rehab back in 2013, he had Tori’s wedding vows tattoos on his rib cage. More recently, the couple got matching tattoos while in Paris to celebrate their 10th wedding anniversary. They both had “Tout mon coeur, tout ma vie” inscribed on their inner bicep which translates to “My whole heart, my whole life.”

It might be surprising that Eva Longoria has a tattoo at all, let alone one for love! She got inked after her wedding to ex-husband Tony Parker in 2007. The Desperate Housewives actress had their wedding date inscribed on her wrist and his jersey number tattooed on the back of her neck. Unfortuantely, the couple divorced in 2011 after a very public cheating scandal. Longoria commented on the topic during an interview on The Joy Behar Show and said despite her ex-husbands infidelity and their divorce, she doesn’t regret her tattoo. “I like it…I’ll just put the divorce date and it’ll be like a gravestone!” she joked. She’s since had the tattoo removed.

The supermodel made her relationship to her ex-husband Seal permanent back in 2008 when she had his name inked on her forearm alongside a star to represent each wedding anniversary. Sadly the couple divorced in 2012. She’s now in the process of having the tattoo removed as she’s moved onto a new relationship. 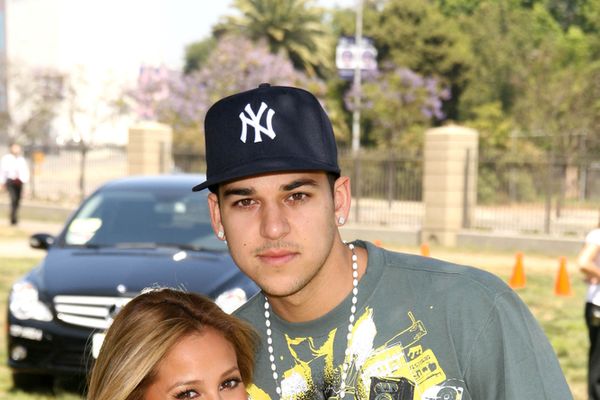 10 Celebrity Name Tattoos That Were Followed By Breakups