15 Celebrity Couples You Didn’t Know About

Even though the entertainment industry spans far and wide, Hollywood is actually a very small place. This is why so many celebrities date within the pool of fame — in some cases, celebrities hook up without us even knowing! Here’s a list of 15 celebrities you didn’t know once dated!

These two hooked up right after Amanda Seyfried’s high profile relationship with Dominic Cooper. Sadly, their relationship didn’t go past a few dates. Seyfriend said that although Skarsgard was “super funny,” she felt “too involved with Dom” for things to get too serious.

Before he fell for Friends star Courteney Cox, David Arquette engaged in a teenage romance with Drew Barrymore in 1991. He was 19-years-old and she was only 16. “[Drew and I] used to date when we were very young kids.Well, not little kids! She’s just one of the sweetest, kindest people in Hollywood. She always has been, and she always will be. She’s just a lovely, sweet person. We used to run around and just be silly,” said Arquette.

We’re not quite sure how these two crossed paths, but when they did they caught each other’s eye! Lance Armstrong and Ashley Olsen had a very brief fling back in 2007. They were seen kissing outside a hotel as they left together in the early hours of the morning. This was the last time they were seen publicly together which means their relationship must have fizzled out soon after!

These two would have made a cute pair, but their relationship ended before they could ever even go public! They dated briefly in 2003 and have remained friends since their breakup. Heather Graham has since gone on to guest star in two of Matthew Perry’s shows, Studio 60 On The Sunset Strip and Go On.

Robert Downey Jr. dated the future Sex and the City star from 1984 to 1991. According to Downey Jr., they were “absolutely in love,” but his addiction to drugs and alcohol made it impossible for them to make it in the long run. After a seven year relationship, they’ve been able to make peace with each other nearly 24 years after Parker broke up with him due to his addictions. In an interview with Howard Stern in 2015, Downey Jr. discussed going to visit her in New York. “You know, you always have this impression of someone you spent a big chunk of your life with…And seeing her I was like, she’s so great and so cool and so funny and in command, and I got to meet her kids and I saw the way that she and (her husband) Matthew lived, and I respect both of them so much,” he said.

Before he met and married Heidi Klum, Seal dated another supermodel, America’s Next Top Model host Tyra Banks! She was 11 years younger than him when they dated in 1996. They kept their relationship pretty low key before they eventually broke up no more than a year after they first hooked up.

Robbie Williams and Cameron Diaz also had a brief fling that took them all the way to Germany to go go-karting for a date! These two were seen kissing and holding hands on a Santa Monica beach in 2003. According to Williams wife Ayda Field, Diaz was the one who saved their relationship! During an appearance on Loose Women, Field said: “A few months into our relationship, we had a breakup. Well we had a couple of breakups actually. He went to the Chateau Marmont and got talking to Cameron Diaz. While they were talking, she said to him, you obviously still love your girlfriend, you need to go home to her. And he did. I always have a special place for her in my heart now.” That explains why their fling was so brief!

Way before either of them became as famous as they are now, Justin Timberlake and Fergie dated! They hooked up in 1996 and it was a little bit scandalous considering Fergie was 23-years-old and Justin was only 16! In an interview Fergie once said, “Justin and I would go out together and have fun and make out. We were never serious. He was Mr. Right Now.”

What a good looking couple this was! The Bridget Jones Baby actress dated Bradley Cooper for an entire two years which makes it hard to believe we didn’t even know about them in the first place! Cooper and Zellweger dated from 2009 to 2011 after they met on the set of Case 39 in 2006. According to reports, they split up because of work commitments on Cooper’s end.

Tobey Maguire had been acting since 1989, so he had somewhat of a career when he dated Rashida Jones from 1997 until 2000. The year they broke up she started making it big — in 2000 she landed a recurring role as Louisa Fenn on Boston Public and Maguire went on to star in Spider-Man in 2002.

It’s not all that surprising that Leonardo DiCaprio enjoyed a fling with one of the most famous supermodels of all time. The Hollywood actor dated Naomi Campbell briefly in 1995, but they split up right before he shot to stardom with his two most iconic roles in Romeo and Juliet and Titanic!

Another odd pairing was between Top Gun actor Tom Cruise and Cher. Despite their 16-year age difference, they dated in the mid ’80s while she was at the peak of her career. She described him as shy and said while they don’t talk at all anymore, she had genuine feelings for him. “It was a long, long time ago and neither one of us ever talked about it and I don’t know why,” said Cher in an interview with ET. “I loved him though, he was amazing.” She later moved on to a relationship with Bon Jovi’s guitarist in 1990.

Ryan Gosling and Sandra Bullock met on the set of Murder by Numbers before he dated his Notebook co-star, Rachel McAdams. Even though she was 16 years his senior, they really hit it off! They dated between 2002 and 2003, but eventually broke things off. He’s since stated he only has fond memories from his relationship with Bullock. “I had two of the greatest girlfriends of all time. I haven’t met anybody who could top them,” he said of Bullock and McAdams back in 2011, shortly before he began dating Eva Mendes.

Glee‘s Matthew Morrison dated this successful actress before either of them became famous. According to Kristen Bell, they knew each other in college! “I actually went to college with Matty Morrison. We actually dated very briefly, so I’ll have to say maybe Matt Morrison is my favorite part of Glee for various reasons,” she said.

This just might be the shortest relationship on this list, but it still counts! Christian Bale and Drew Barrymore went on only one date over 20 years ago when they were both teenagers. In an interview, Christian said, “We went to see some bloody awful horror film, and that was the end of it. She never called again.” Ouch! Barrymore clearly was not impressed with the movie, or her date apparently! 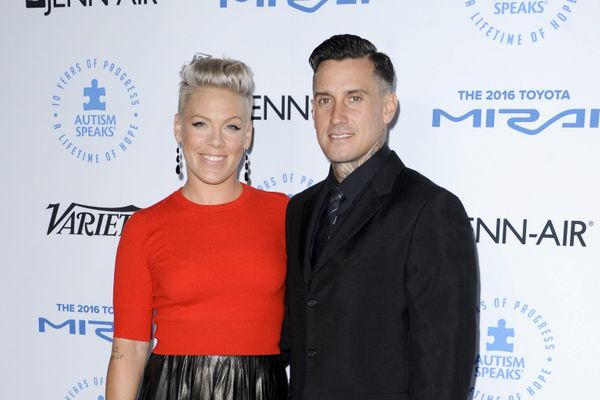