There seems to have been a recent baby boom in Hollywood, and it also seems more and more celebrity parents are welcoming multiples. With George Clooney and Beyonce both announcing within weeks of each other they are expecting twins, it feels like celebrity babies are taking over Hollywood, but this is nothing new in the industry. Over the years some of our favorite stars have become parents to multiples, so here are 16 of the most popular stars who are parents to twins!

Julia Roberts and her husband Danny Moder met on the set of her 2000 film The Mexican and following the finalization of his divorce, the pair wed two years later in July 2002. Two years after their wedding in May 2004 the A-list actress revealed that she and Moder were expecting twins! Her rep confirmed that Roberts was pregnant with a boy and a girl after having previously been implanted with the embryos via in vitro fertilization. On November 28, 2004, they welcomed daughter Hazel Patricia and son Phinnaeus “Finn” Walter Moder.

Jennifer Lopez has always been one to go big, so it isn’t surprising she also became a parent to twins. After breaking up with Ben Affleck in January 2004, Lopez began dating singer Marc Anthony and only a few months of dating, they wed in June. In November 2007 the pair revealed they were expecting their first child together, and before long her father spilled the news that the famous duo was actually having twins. “My sister also had twins, so it’s a hereditary thing,” Lopez said and has also stated that her Roman Catholic faith discouraged her from seeking in vitro fertilization even though many assumed that is why she became pregnant with twins. On February 22, 2008 Lopez and Anthony welcomed son Maximillian David and daughter Emme Maribel. After her split from Anthony in 2011 and divorce in 2014, Lopez retained primary custody of the twins.

Angelina Jolie went from being a mother of none to a mother of six very quickly and it was made even quicker by welcoming twins with ex-husband Brad Pitt! Following the adoption of son Maddox, and daughter Zahara, Jolie and Pitt welcomed their first biological child, daughter Shiloh in 2006. The famous pair then adopted son Pax in 2007, and one year later after much speculation, in May 2008 Jolie confirmed she and Pitt were expecting twins! On July 12, 2008 the pair welcomed son Knox and daughter Vivienne. A month before their birth, Jolie admitted that the twins was a shock for her. “We weren’t expecting twins. So it did shock us, and we jumped to six [children] quickly. But we like a challenge.”

In August 2008, two years before publicly announcing he is gay, Ricky Martin became a dad to twin sons. In August 2008, Martin welcomed Matteo and Valentino via a surrogate mother and said he has had to clear up with his sons where they came from. His sons asked him if they had been in his belly, and he told them, “There was a woman that I adore with all my heart that helped me bring you into this world. She lent me her belly so you could come and when you were born she put you in my arms.” In 2016, he also gave a heartwarming interview where his sons finally realized he was famous. “One day, when I thought that they were big enough, I said, ‘Go to the front of the house,’ and they see the lights and the whole spectacle,” he recalled. “When the show was over, they came to me and said, ‘Papi, you’re Ricky Martin.’ I said ‘I’m not Ricky Martin, I’m your father.’ They said, ‘No, no, no, you’re Ricky Martin,’ and so it changed.”

A lot of real-life couples have come out of Dancing With the Stars, but Kym Johnson-Herjavec and Robert Herjavec’s is one of the sweetest. After the stunning pro dancer was paired with the Shark Tank businessman for season 20 of the show, love quickly followed and the two were married the following year. In December 2017, the dancer excitedly confirmed she was pregnant with twins and was ecstatic to be becoming a mom because it was something she always wanted. On April 23, 2018, they welcomed a son and a daughter named Hudson Robert Herjavec and Haven Mae Herjavec.

Rebecca Romijn and Jerry O’Connell are yet another famous couple who has welcomed twins! In the summer of 2008, one year after their wedding, it was confirmed that Romijn and O’Connell were expecting twin girls and had conceived them without in vitro or fertility drugs. On December 28, 2008, the pair welcomed daughters Dolly Rebecca-Rose and Charlie Tamara-Tulip, named after singer Dolly Parton and O’Connell’s brother Charlie. On having twins, Romijn said, “It’s hard with twins because it prevents you from being too much of a helicopter mom. You’ve got two at the same time to take care of, and the one who needs you the most is the one who gets you.”

For two big stars, Sarah Jessica Parker and Matthew Broderick live a very low-key family life. The famous duo married in May 1997 and welcomed their son James in 2002. Seven years later they became parents to twins when they welcomed twin daughters Marion Loretta Elwell and Tabitha Hodge in June 2009 via a surrogate mother. Parker explained in May 2009 before the twins arrival that she had troubles having a successful pregnancy since having her son, so she and Broderick opted for a surrogate but twins were a surprise. “We didn’t expect it. I think after a certain amount of time, you tend to hold your hopes at bay a bit so as not to be disappointed. One really would have been thrilling and we would’ve felt incredibly lucky. And two was a comedy!”

Anyone who follows Neil Patrick Harris on social media is quite aware that he and husband David Burtka are parents to twins. The charming actor has one of the best celebrity social media feeds and that is in large part due to his absolutely adorable family. Harris and Burtka announced they were expecting twins by a surrogate mother in August 2010 and then on October 12, 2010 they welcomed their children, daughter Harper Grace, and son Gideon Scott. Harris later revealed that he and Burtka had one egg each injected with their sperm because they “both wanted to be dads biologically.” Luckily, both took but they have “no interest” in finding out which twin is whose biologically. “We are their parents and I love them implicitly,” he said.

Singer Celine Dion has been very open about her difficulties in conceiving and fertility treatments eventually led to Dion and her now late husband Rene Angelil welcoming their twins. In 2001, the pair welcomed their first son Rene-Charles Angelil and, nine years later, after six in vitro fertilization treatments, Dion announced that she was 14 weeks pregnant with twins in May 2010. On October 23, 2010 Dion had fraternal twin sons Eddy and Nelson via cesarean section. The pair named their sons after Dion’s favorite French songwriter, Eddy Marnay, and South African President Nelson Mandela.

Almost everything about Mariah Carey and Nick Cannon’s relationship was surprising, including the two having twins together! The iconic singer and the actor welcomed fraternal twins, son Moroccan and daughter Monroe, on April 30, 2011. The two had previously met while filming Carey’s music video for “Bye Bye” and married in 2008 before splitting in August 2014. Carey and Cannon have remained friends in order to best co-parent their twins and, despite the public’s assumptions about her, Carey says she is not a “stage mom.” “I wanted to make sure … that they were comfortable at all times. I never wanna be a stage mom. Like, that’s not me,” she said of having her kids in her new docu-series.

As an on-screen romance blossomed between Anna Paquin and Stephen Moyer’s characters on True Blood, it began off-screen as well. The two dated from the time they started filming together in 2007 and in the summer of 2009 announced their engagement. Two years after their private wedding, they became parents to fraternal twins, son Charlie and daughter Poppy, who were born in September 2012 a few weeks early. “It’s all so amazing and [they] had a tough start,” Moyer explained upon their first birthday. “They were early and it was touch and go there for a while, and so anything is amazing. I was just saying they are spitting up their first solid food. It’s fantastic.” The proud dad added, “There’s still things every now and then, but they’re pretty great.

It would take a superhero to be able to handle twins, and there is no doubt Chris Hemsworth is an incredible father to his children. The handsome Thor actor and his gorgeous wife Elsa Pataky confirmed in November 2013 that they were expecting twins after previously welcoming daughter India Rose in May 2012. On March 18, 2014, the couple welcomed twin sons Tristan and Sasha, and Hemsworth often shares sweet photos of his sons on Instagram.

Zoe Saldana’s relationship with Marco Perego seemed to move at record speeds, and things only became more hectic when the pair welcomed twins. The stunning actress began dating the Italian artist in March 2013 and by June 2013 they had secretly married. In late 2014 it was revealed that Saldana was expecting, and although she kept quiet about the rumors it was quickly discovered she was actually expecting twins. On December 8, 2014 Perego and Saldana welcomed twin sons Bowie and Cy, and both took three months off and away from the spotlight in order to spend time with their newborns. In early 2017 it was revealed they are raising their children to be bilingual which has had interesting results so far. “One is more into talking in Spanish. The other is expressing himself more in English. One is like, ‘No quiero! No quiero!’ And the other is like, ‘I don’t wanna!’ You’re like, ‘It’s time to go to sleep,’ and they’re both yelling at you all these things.”

Supernatural star Jensen Ackles may be one of TV’s most popular actors, but he and wife Danneel have been very quiet about their personal life. The Supernatural star and former One Tree Hill actress married in 2010 and in 2013 welcomed their first daughter, Justice Jay. Then, in the summer of 2016, the pair revealed on social media they were expanding their family by two! Both posted photos of five sets of cowboy boots representing each member of the family as well as the two new additions, writing, “Adding a couple of pairs of boots to the family later this year. #crazytimesahead,” while also revealing they were expecting a boy and a girl. On December 2, 2016, the adorable couple welcomed daughter Arrow Rhodes and son Zeppelin Bram!

Beyoncè and husband Jay-Z are one of the most talked about celebrity couples on the planet, and over the years the superstar singer has opened up about her struggles with pregnancy including a heartbreaking pregnancy before they welcomed daughter Blue Ivy in 2012. After five years, many rumors swirled about the famous duo’s marriage ranging from the two splitting up to adding to their family and in February 2017, she shocked everyone by revealing she was pregnant with twins. On June 13, 2017, the pair welcomed daughter Rumi and son Sir.

Last but certainly not least is the pregnancy that no one saw coming! For years George Clooney was labeled as Hollywood’s most eligible bachelor and it seemed unlikely he was ever going to settle down, that is until he met gorgeous human rights lawyer Amal Alamuddin. In September 2014 the pair were married and then shocked the world on February 9, 2017 with the announcement that they are expecting twins! Following the reveal, Clooney’s mother Nina Clooney announced that the pair were, in fact, expecting fraternal twins: a boy and a girl. The couple welcomed son Alexander and daughter Ella into the world on June 6, 2017. 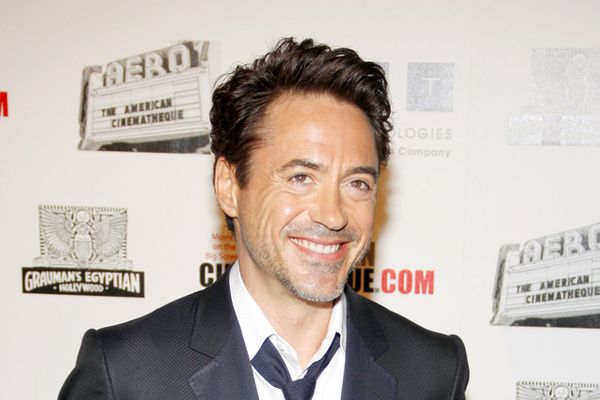