Anna Faris recently released her memoir, Unqualified, and it’s filled with lots interesting stories about her childhood, her career and her past relationships, including her two marriages to Ben Indra and Chris Pratt. It’s a good read, but we’re going to save you the time – here are 15 most shocking revelations from Faris’ memoir:

The Scary Movie star admits that she is a serial monogamist and that she only leaves one relationship when there is another one waiting for her. This pattern began after she and her first boyfriend, Chad, broke up. “After Chad, I went from one relationship to the next. Because I was constantly trying to make a bad thing work, I was a serial monogamist, and I’m embarrassed to admit that it used to take meeting another person for me to realize that Oh, this relationship might not be working,” she wrote. 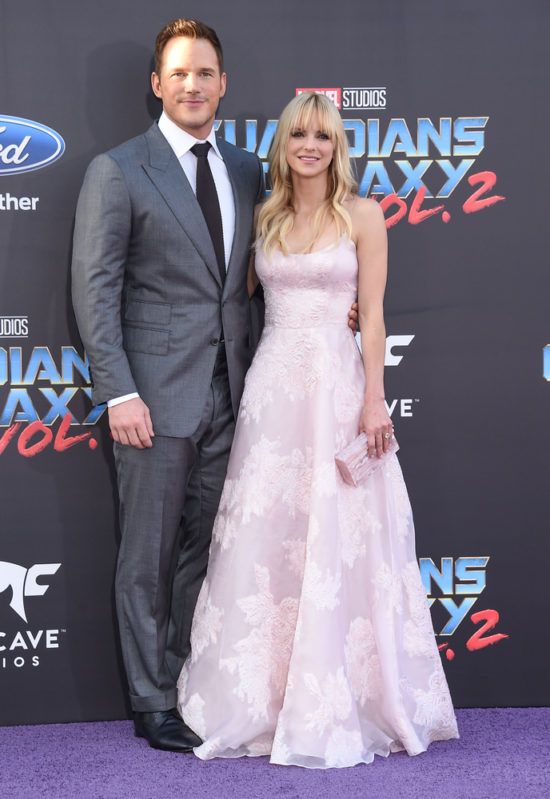 In the book, she confesses that she’s only had five sexual partners, one of which was a one night stand when she was in college. She was drunk and didn’t actually want to have sex with the guy. She wrote, “Suddenly he was on top of me, and I said no, and he stopped, groaning ‘Oh f-ck,’ mostly to himself, in a clearly frustrated tone. I didn’t want to annoy him or be a tease, so I gave in. I was pretty resigned and unsure, but I said okay. I gave consent. Still, it’s not a good memory. I was so disappointed in myself for conceding, and despite having spent plenty of time wishing I was more sexually daring, that wasn’t a great night.” 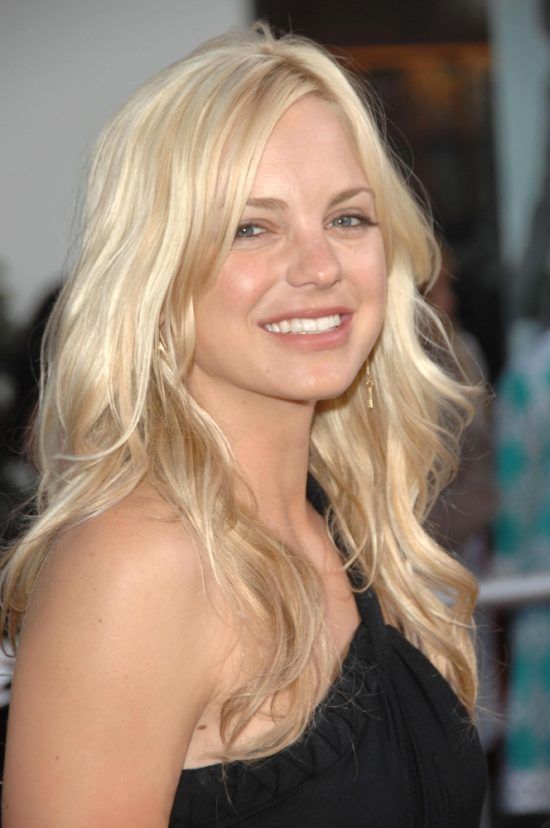 13. She Felicity’d Her First Boyfriend

The House Bunny star went to the University of Washington because that is where her first boyfriend (Chad) decided to go to school, but once school started, he avoided her for three weeks and then dumped her. She didn’t take it so well and began stalking him. She would show up at his fraternity looking for him, and his frat brothers would have to take her back to her dorm. After he got kicked out of the fraternity, he decided he wanted her back, so she took him back, but she decided immediately that she would need to break up with him – in two months, which she did. Right before she married Ben Indra, she actually tracked Chad down, which she viewed as a sign that she shouldn’t have married him in the first place. 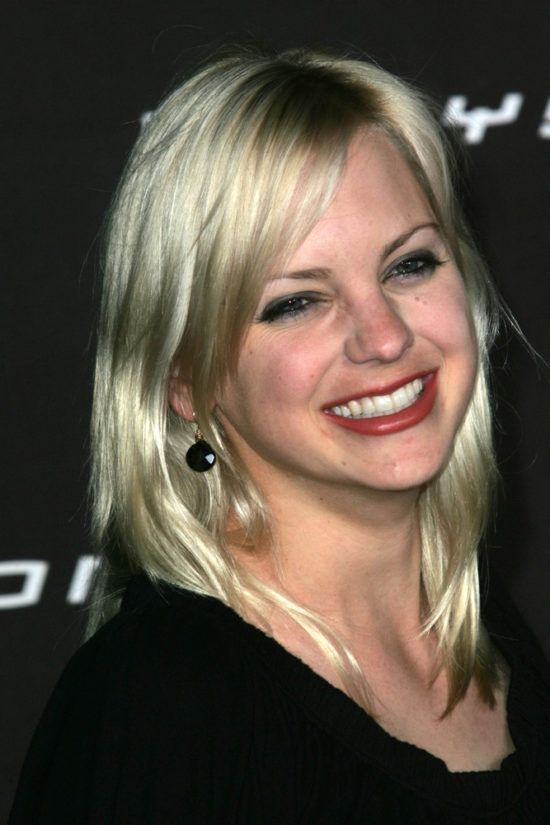 After she graduated college, Faris was going to move to London to work at an ad agency, but then she auditioned for a role in Lover’s Lane to earn a bit of extra cash, landed it and met her first husband, Ben Indra, on set. She was pretty smitten with him. “He was hot and had an agent in LA, and we flirted a lot,” she wrote. Meeting him inspired her to move to LA too and seriously pursue a career in acting. 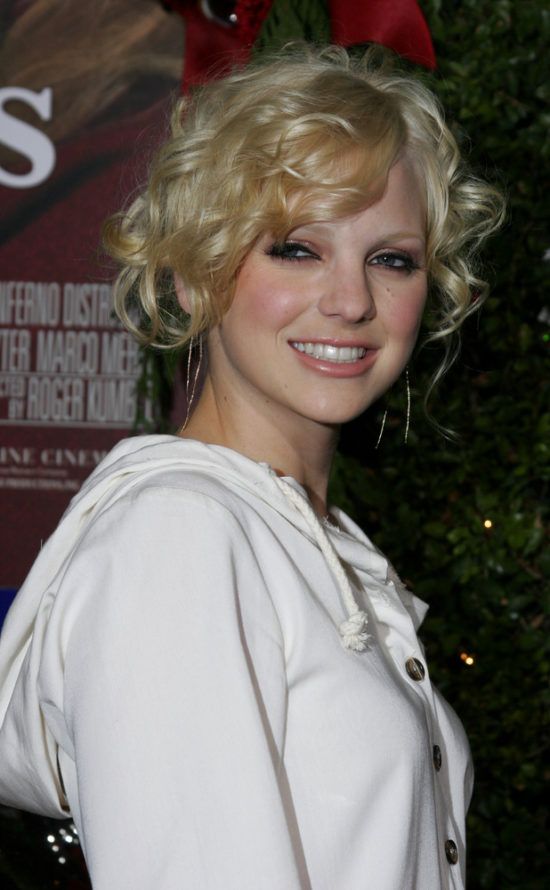 She and Chris decided to elope in Bali while they were attending a friend’s wedding. “In 2009, we traveled to a friend’s wedding in Bali and we stayed on the island for a few days afterward for an extended vacation. We’d been together for two years, he’d already asked me to marry him, and we were staying at this incredible resort where we discovered there was an actual ‘wedding option’ when you booked your room. So we decided to elope and got married that weekend, after all the guests left our friend’s wedding. It was just the two of us.” They had a second wedding when they got back at a lodge in Washington, which ended up being filled with drama. “Nothing major happened at the party – just my cousins getting in a fistfight on the dance floor, and some of Chris’s friends bringing strippers as dates, and then a girlfriend of one of Chris’s friends accusing me of hitting on her boyfriend,” she revealed. 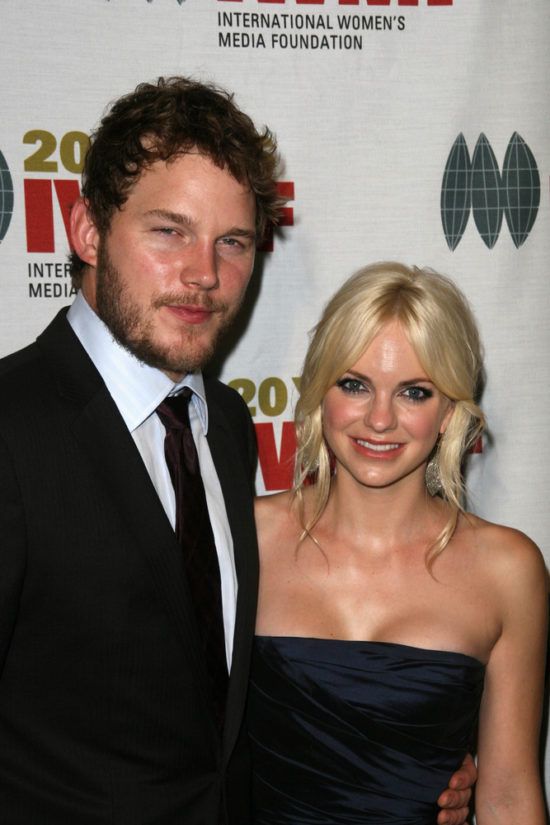 During season eight of Friends, The Hot Chick actress auditioned to play Joey’s sister, and the process ending up being really humiliating. “It was Season 8, and there were maybe fifteen actresses in the waiting room, all recognizable people, and at the very end of my audition, one of the producers laughed audibly – a big HA! – and I thought, Okay I nailed it this. After I was done, some of the actresses were asked to stay, but I wasn’t one of them,” she wrote. “As I walked out, filing past the row of women who still had a shot, the casting director poked her head out and said, ‘Anna? Why Don’t you stay?” This got her hopes up, only for them to get dashed, again. “Then thirty seconds later, there was her head again, peeking out the door. ‘Anna? You know what, it’s fine. You can go.” 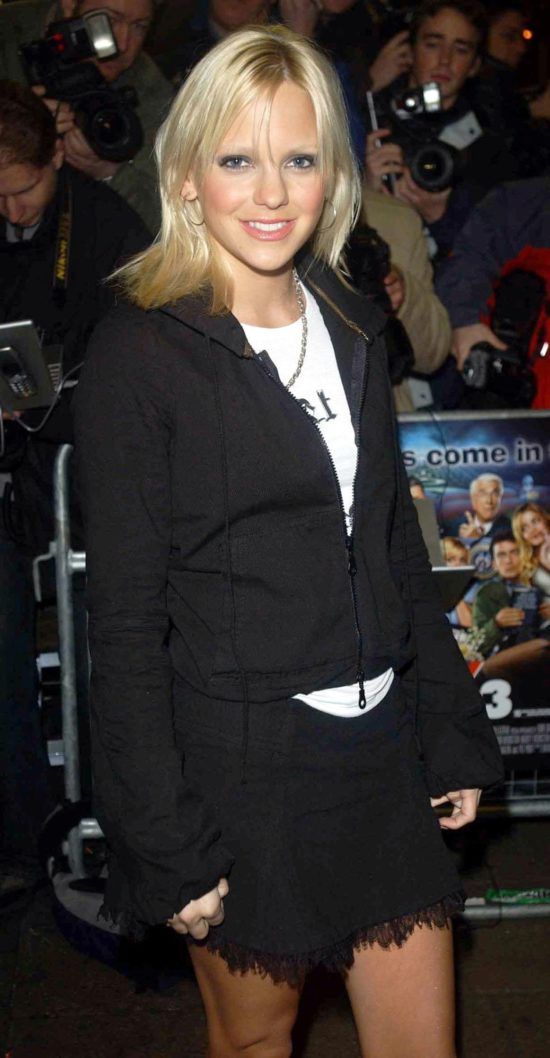 Anna began dating Ben when she was 22-years-old and really impressionable. He was living the life that she wanted. Looking back on their marriage, she feels like they were “play-acting at being married.” It wasn’t too long after they started that she landed the Scary Movie part that there was “an immediate shift in the power dynamic in [their] relationship.” She continued to experience more success than Ben and he would often accuse her of putting her career ahead of their relationship. As time went on, when they would be on vacation with friends, she began to notice that she would avoid spending one-on-one time with Ben, and during their last trip together when they traveled the English countryside, she realized that they struggled for conversation and that they “had nothing in common.”

One night while filming Take Me Home Tonight, Ben was visiting and went out with her costars while she stayed home. The next night while she was talking to Topher Grace, who played her brother in the movie, he asked her, “Anna, what the f-ck are you doing with that guy?” While people had “hedged around the idea that [they] weren’t right each other before,” no one had ever been that direct with her. Faris’ only response was, “I don’t know.” 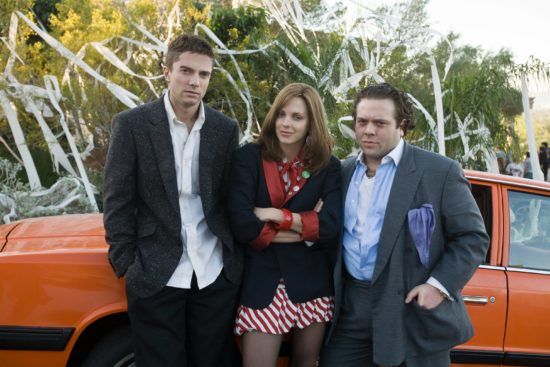 7. Falling for Chris – While Married

Chris was hooking up with some of the background actresses on the set of Take Me Home Tonight, which made the Smiley Face star jealous. It became clear during one of the nights where the cast hung out at Chris’ apartment that another cast member noticed how into each other that she and Chris were. It was after this that she realized that she was crushing on Pratt and she that she didn’t want to be married to Ben anymore. 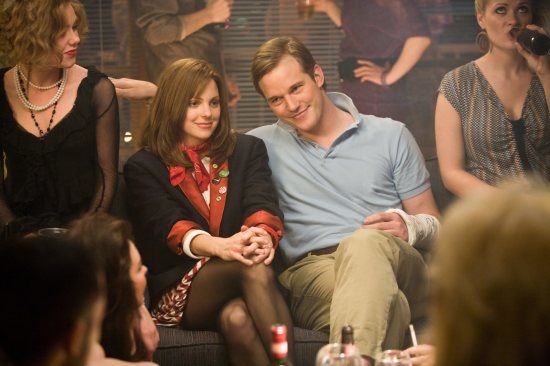 6. Breaking Up with Ben

Rather than break up with Ben in person, she decided to do it by phone because if she had done it in person she would have had to wait longer and it would have been more dramatic. The next day, she came to the set of Take Me Home Tonight and announced that she had just left her husband and it wasn’t long after that that she was knocking on Chris’ door to hook up. What she realized after jumping into Pratt’s arms, however, was that she probably wouldn’t have left Ben if Chris hadn’t been there. “We hadn’t been happy for a while, but the reality is that if I hadn’t met Chris, my first marriage wouldn’t have lasted until I found a different someone else. Chris was my cattle prod. I needed someone to come along and show me something different than the relationship I knew, even if he did so without realizing it,” she wrote.

The What’s Your Number? star has always had thin lips, so around the time that she was shooting The House Bunny, she started getting lip injections in her upper lip. She kept doing it afterward and eventually it got out control and her friends told her that her lips were “getting pretty big.” That’s when she decided to wean herself off the injections. While she was working on The House Bunny, she began thinking about getting a boob job, and when she began dating Chris, she decided to do it. “I feel silly saying this, but he brought out something in me that made me want to be feminine in a very traditional way,” she revealed. Unlike the lip injections, she has zero regrets about her boob job. 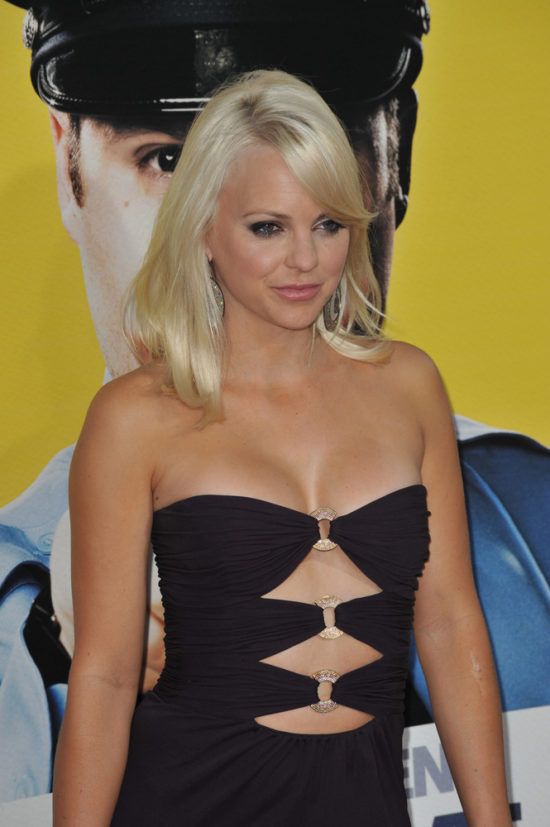 Anna has found herself resentful of her success with The Scary Movie franchise because it has prevented her from being taken seriously as a dramatic actress. “After the first movie was a success and then the sequel was a hit, I very arrogantly got resentful of the series because I couldn’t get auditions for dramatic roles and I always thought of myself as a really dramatic person,” she wrote. While she’s finally embraced the idea of playing a stupid character, it took her a while to get there. 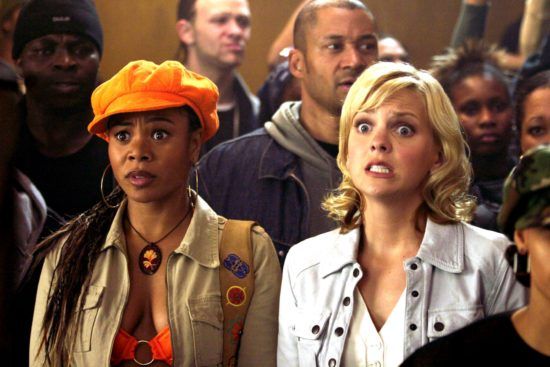 When Pratt would star alongside beautiful actresses in movies, the rumors about him cheating on her hurt Faris. While he didn’t initially understand, he did come around. One of the actresses that the tabloids really pushed was the “Chris Pratt is cheating on Anna Faris” narrative with his Passengers co-star Jennifer Lawrence. In Faris’ book, she wrote, “Jennifer and I were really friendly, and she was apologetic even though she didn’t need to be, because she hadn’t done anything wrong. She’s awesome, but of course it’s hurtful and also embarrassing when people are saying your husband is cheating on you – even if it’s patently untrue.  You still feel, and look, like a fool. But that’s something I have had to learn to handle in stride. When you’re a semi-public figure, married to another public figure, in a very public relationship, you don’t really have a choice.” While her pregnancy was initially easy, the Guilty Hearts actress found herself in labor two months early when her water suddenly broke one morning. She was immediately taken to the hospital where doctors pumped her full of magnesium to try and stop the labor, but there was only a 50% chance that it would work. Faris wrote, “So they put me on bed rest. A lot of people think bed rest sounds amazing – you can skip work and watch TV and no can fault you. Living the dream! But the goal was to be on bed rest for four weeks, to give the baby another month to grow. And this was not the kind of bed rest where you hang out on the couch and sneak out to pee or get a snack. This was a hospital bed, catheter, no showers, no standing up, ever.” Unfortunately, it didn’t work. On the seventh day, she went into labor again and this time there was no stopping it. While Anna was released from the hospital two days after giving birth, Jack had to stay for about a month. Shortly after Jack’s birth, Anna and Chris were told that Jack may have some development issues because his brain was bleeding. “On the fourth day in the NICU, the pediatric neurosurgeon sat Chris and me down to tell us that Jack had some severe brain bleeding and there was a chance that he could be developmentally disabled. We wouldn’t know until he was eighteen months old, the doctor said. They wouldn’t be able to get a true sense of what Jack’s development would be like until then,” she wrote. This experience really brought her and Chris together. It felt like it was them against the world. While they were worried about his development, he’s on par for children his age, but with a few exceptions. “He still has a couple of physical problems – his legs have high tone and often appear stiff, so he walks on his tiptoes a lot. He wears glasses and has to wear an eye patch for twenty minutes a day to strengthen his vision,” she revealed.