There are soap opera stars who have become staples in daytime drama, either by remaining within one show for an extended period of time or hopping around throughout the four programs that still rule the airways today. There are also those actors and actresses who initially dabbled in soaps and would eventually move on to bigger Hollywood and primetime roles. As such, below is a list of 16 soap stars who found mainstream success.

Who could forget the sexy and seductive Gabrielle Solis from the primetime drama Desperate Housewives? Eva Longoria gained a tremendous amount of exposure from that role and ended up gaining endorsements and tabloid attention. Longoria started off in the land of soaps on The Young and the Restless (Y&R) playing the scheming Isabella Brana from 2001 to 2003.

While Mark Hamill is known for his Star Wars franchise character, at one point in time he was also on General Hospital (GH). Hamill played Kent Murray, and much like his Skywalker role, Hamill had some daddy issues on GH. He and his sister found themselves in Port Charles after their dad died and they moved in with their Aunt Jessie.

Most people recognize Sarah Michelle Gellar from her major primetime role on Buffy the Vampire Slayer. Gellar has also had an extensive film career with parts in movies like Cruel Intentions, Scooby-Doo, and I Know What You Did Last Summer. At 16 years of age, SMG got her big acting break playing Kendall Hart on All My Children (AMC). Gellar would enter the role in 1993 and only two years later would be awarded an Outstanding Younger Actress Daytime Emmy for her soap work.

Leonard DiCaprio really needs no introduction. But just in case, he’s been in Titanic, The Great Gatsby, The Wolf of Wall Street, Inception, Shutter Island, and the movie list goes on. DiCaprio is a Hollywood legend at the age of 42 and much like many actors before him, he had a stint on a soap as well. In 1990 at 16 years of age, Leo entered the world of Santa Barbara, a daytime drama that is now cancelled. He played the wealthy and spoiled teenager, Mason Capwell.

Julianne Moore has been in movies like Nine Months, Still Alice, and The Hand That Rocks the Cradle. She also got her start on soaps before diving into the world of Hollywood. In 1985, she played a soap sister role as Frannie and Sabrina Hughes on As the World Turns (ATWT) for about three years. Moore snagged a Daytime Emmy award during her tenure at ATWT.

Six degrees of Kevin Bacon could be played in the soap world too! The Footloose star, who has starred in a plethora of movies including A Few Good Men, Picture Perfect, and JFK, also had a stint within the land of daytime drama. From 1980 to 1981, Bacon hopped into the role of TJ Warner, a teen who struggled with alcoholism on the soap Guiding Light.

In 1993, Marisa Tomei shocked Hollywood when she scored the Best Supporting Actress Oscar for playing Mona Lisa Vito in the comedy flick, My Cousin Vinny. She’s also starred in movies like the Slums of Beverly Hills, Trainwreck, Just A Kiss, and The Wrestler. Some may also remember Tomei from the role she played on the primetime comedy hit A Different World, which also happened to be a spin-off of the ever-popular television program, The Cosby Show. Tomei also played the part of Marcy Thompson on ATWT in 1984.

Tommy Lee Jones is a diverse actor, playing in such movies as Men in Black, The Fugitive, Batman, Blue Sky, and Hope Springs. While the Academy Award winner has done a plethora of films and stage work, Lee also dabbled in soaps. He joined the cast of One Life to Live (OLTL) in 1971, playing Dr. Mark Toland for about four years.

Who could forget Meg Ryan’s iconic restaurant scene from the romantic classic, When Harry Met Sally! Perhaps she may have gotten her excitement around ordering food in such a sexy way during her time in the land of soaps! The Hollywood actress known for her roles in Sleepless in Seattle and You’ve Got Mail also played Betsy Steward on ATWT from 1982-1984.

Demi Moore has built an incredible acting career in Hollywood with some amazing box-office hits including Ghost, St. Elmo’s Fire, Indecent Proposal, and A Few Good Men. She got her feet wet in the acting business when she arrived in Port Charles. The actress played GH’s Jackie Templeton from 1981-1984.

While Josh Duhamel jumped into Hollywood fame with his role on the primetime show Las Vegas, and then moving onto incredible film success with Transformers, most can recall his stint on the soap opera, AMC. Joining the cast of the daytime drama in 1999, he played Leo du Pres on the soap for about three years.

Susan Sarandon is not only an incredible Oscar-winning actress, but she also spends her spare time fighting the good fight through her social and political activism activities. In 1999, she stepped into the role of UNICEF Goodwill Ambassador and won the Action Against Hunger Humanitarian Award in 2006. Sarandon would jump into the world of soaps in 1970 on the show called A World Apart, playing the role of Patrice Kahlman.

While he gets tons of attention for his personal life in tabloids, Brad Pitt is one of the most well-known Hollywood actors of our generation. Starring in films like Mr. & Mrs. Smith, Ocean’s Twelve, Legends of the Fall and more, he has built an acting legacy over the years. Even Pitt had to start somewhere and in the beginning he broke into the biz by landing a small role on the daytime drama Another World in 1987. He played the minor part of Chris, a high school basket player. Everyone has to start somewhere, and Brad Pitt is living proof of this!

Who else is a huge fan of the Netflix original, Fuller House? Even before fans adored him as Uncle Jessie in the primetime ‘90s sitcom Full House, John Stamos was wowing soap fans as Blackie Parrish on GH. He started on the show at the age of 18 in 1981, and it didn’t take long for him to become a huge fan favorite on the soap. In fact, it’s been reported that Stamos would gather about 10,000 letters weekly from GH fans. Not a surprising fact, but an interesting one!

Actress Alexandra Daddario is known for movie roles in Percy Jackson, San Andreas, Hall Pass, and Texas Chainsaw. Fans also enjoyed Daddario in her recent Baywatch role, playing Summer Quinn. The beautiful on time model got her acting start playing on a soap opera. Daddario jumped into the AMC Laurie Lewis role at 16 years of age in 2002. She would play a teen that was victimized, before moving onto primetime roles in the Sopranos, Parenthood, and American Horror Story. 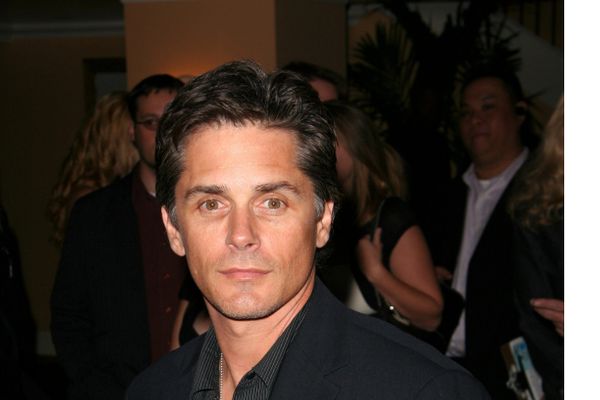