5 Soap Opera Couples We Were Happy To See Break Up

As the old saying goes, “it is better to have loved and lost then never to have loved at all.” Still, soap opera fans can get pretty attached to the characters they watch daily, and when a super couple they adore breaks up, it can be a real downer. However, when two soap characters shack up, that aren’t really meant to be, when they do split, more often than not, soap fans will not shed a tear…rather they may rejoice! Therefore, below is a list of five soap opera couples that fans may have been happy to see break up.

5. Aiden Jennings and Hope Williams – Days of Our Lives

It was somewhat refreshing to see Hope in a new relationship when she first started seeing Aiden, after pining for Bo Brady, for many years. However, once it was clear that Aiden wasn’t the sweet, charming, and loving man Days of Our Lives (DOOL) fans thought he was, it became infuriating. Not sure if this can really be labelled as a break up, since Bo essentially killed Aiden to save Hope. Nonetheless, the ending of the relationship was something most DOOL fans were happy to see. While sadly, Bo is gone, and Rafe and Hope seem to be moving into relationship territory, here’s hoping ‘Fancy Face’ can finally find super couple love, once again. Still, with spoilers buzzing that Daniel Cosgrove, the actor who played Aiden, is returning to DOOL for an extended length of time, who knows what the future holds for Hope?

Sam and Patrick made a solid couple, and it was great that these two were able to find love in each other. With Sam, finally over Jason and Patrick finally over Robin, this opened a door for these two strong General Hospital (GH) characters to come together. So much so, that they were almost on the cusp of getting married. Still, at the end of the day, they just weren’t meant to be together, and as soon as Sam realized Jake was Jason, all bets with Patrick were off. All’s well that ends well, since the breakup helped Patrick realized that Robin was truly the one for him. In the end, Robin, Patrick, and Emma were able to reunite as a family, and trot off to live their happily ever after.

3. Billy Abbott and Chelsea Lawson – The Young and the Restless

Billy and Chelsea are another example of a couple that looks good together on paper, but that really don’t belong in each other’s hearts. This Young and the Restless (Y&R) duo had incredible chemistry together, and seemed to be a really good fit. While they may have seemed like a nice couple, they weren’t really soap opera super couple material. Perhaps that is because Chelsea will always have a soft-spot for Adam, and Billy truly longs for Victoria. At the end of the day, when pushed comes to shove, Chelsea ran back into Adam’s arms, and Billy and Victoria are giving their relationship one more shot. The good news is, for the sake of the children, both have remained good friends.

2. Ben Rogers and Abigail Deveraux – Days of Our Lives

Break ups in Salem recently, haven’t really ended all too well. In fact, this one can be listed under the disaster category. While they never really got to sit down and talk things out because of the whole Ben kidnapping Abigail and putting her life, as well as the life of her unborn son at risk — the closure with this couple is there, which is really for the best. While everyone thought Thomas Jack was Ben’s, it turns out, he’s a DiMera…Chad DiMera’s to be exact (just in case anyone was speculating otherwise). The even better news? The breakup of Ben and Abby meant the reunion of Chabby, something many DOOL fans had been hoping for, for a while now.

When Jake Doe rolled into town, sweet Elizabeth Webber immediately caught his eye. The two had instant chemistry, and it was not too surprising, since Jake, who we all know was really Jason Morgan, shared an incredible history and past with the beautiful nurse. In fact, many soap fans can argue that Jason has flipped and flopped between Sam and Elizabeth over the years, and the recent love triangle the trio are involved in is a testimony to how much history and chemistry these three GH characters have on-screen.  Still, while they were (almost) headed to the alter recently, thanks to Liz’s dishonesty (knowing all along that Jake was Jason, but not telling him – despite the fact that he was desperate to know about his past), Jason has put her and their relationship behind him. While some GH fans like Liz and Jason together, many were happy to see them part ways, perhaps hoping for a Sam and Jason reunion. 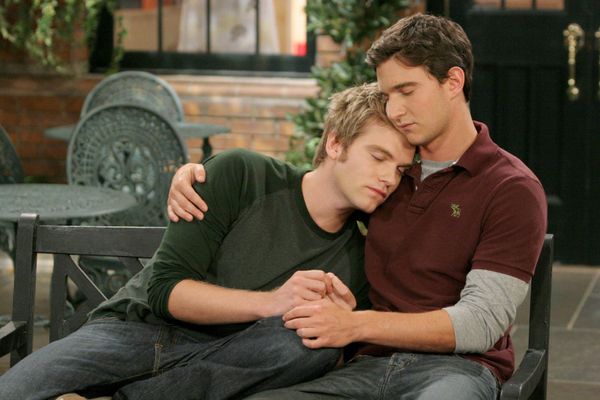