Sure, there is always love in the air within the land of soap operas and fans love nothing more than to see a little romance alongside some steamy loves scenes between their favorite daytime couples. However, there are also some incredibly shocking feuds that have graced soap opera shows, and there is nothing like a little drama to help keep viewers tuned in daily. Below are six shocking soap opera feuds.

Whether Carly is with Sonny or not, she has rarely approved of any of his love interests, flings, or girlfriends. Ava Jerome is a rare example of a woman that has clawed her way into two men that are close to Carly: Sonny of course is one, and her son Morgan, being another. Add baby Avery into the mix, and these two ladies are instantly both in momma bear mode. Their cat fights, shots at each other, and eager to win the affection of Avery (turning it into somewhat of a competition), lands these two ladies at the number six spot of the most shocking feuds list.

5. Nicole Walker and Sami Brady – Days of Our Lives

While they initially started out as some-what friends, this feud turned ugly fast, when Nicole ditched Sami’s twin brother Eric at the alter in exchange for a $5 million-dollar pay off. Ever the gold-digger, Nicole walked away, leaving Eric brokenhearted and Sami fuming. Over the years, they have vied for the affection of men, whether that be E.J. DiMera or Lucas Horton. Then there was that awkward point in time when Nicole stole Sami’s baby (Sydney – where EJ is the father), and tried to pawn her off as her own child with E.J. Still, despite the fact that Nicole even had a one-night stand with Sami’s father, Roman Brady, these two have cooled off their once intense feud and perhaps can be listed under ‘frenemy’ status, currently.

4. Phyllis Abbott and Sharon McAvoy – The Young and the Restless

Cat fights and banter are only the tip of the iceberg when it comes to these two Young and the Restless (Y&R) vixens. At the end of the day, their feud ignited when Phyllis stole Nick from Sharon, shortly after their daughter Cassie passed away. Nick moved on with Phyllis, got married and had a daughter with her, which would seem like the end of story for this feud…right? Wrong! These two have really been at it over the years, not only vying for Nick’s affections (which Sharon won, hands down, time-after-time), but also looking to ruin each other’s’ lives. Sharon has tampered with paternity tests to prove their daughter Summer, wasn’t really Nick’s. Phyllis has worked hard over the years to try and keep Sharon and Nick apart, by stopping some of their weddings. At the end of the day, they seem to have cooled down a bit, but that is also because both are not with Nick currently, and seem to be in happy in other relationships. Should this change, and one of them ends up with Nick, all bets may be off.

3. The Cassadines and The Spencers – General Hospital

This feud dates back to the early ‘80s, when Mikkos Cassadine was introduced to General Hospital (GH). As the evil villain of that era, he was looking for a one-of-a-kind diamond to fuel a machine that would essentially freeze the entire world. Hey, it was the ‘80s, it really did work back then. Ending up in Port Charles (of course!), it was Luke, Laura, and Robert Scorpio who were able to stop Mikkos. He died, and his widow (Helena) vowed revenge. Now well over thirty years after, she is still at large. Perhaps with the departure of Luke this storyline may end, however this seems unlikely. As long as a Spencer resides in Port Charles, Helena will be there to wreak havoc.

2. Victor Newman and Jack Abbott – The Young and the Restless

While this hate-hate relationship between Victor and Jack can be entertaining at times, there comes a point where even viewers wonder when these two will find it in their hearts to mend fences. Alas, they have been allies at times, to help the ones they love, but at the end of the day, it seems that Victor always pulls an unneeded punch and starts the feud back up again. They struggle over the affections of Abby, other family members that they share, and profit shares with their industry markets — and there is no higher price than the rights to Newman Inc. and Jabot, which both men over the years have been able to acquire, and then relinquish back to the rightful owner. When Victor received Colleen’s heart back in 2009, audiences thought we may see him soften up to Jack, but in the end, that was short-lived too. Will they ever become friends and stay friends? Highly doubtful, but only time will tell.

1. The DiMeras and Bradys – Days of Our Lives

This feud began years before Days of Our Lives even began taping. As the story goes, the feud began due to the aftermath of an affair between a married Santo DiMera (Stefano’s father) and nun, Colleen Brady (sister of Shawn Brady, patriarch of the Brady clan). As an honorary member of the Bradys, John was dragged into the feud, plus the fact that they once thought he was Roman…not to mention Stefano brainwashed John all those years and used him as a puppet in his plan for revenge against the Bradys. Alas, it seems this feud will never blow over. In the end, it was started by the grandparents of those fighting within it now, and despite the fact that Santo and Stefano are dead, it continues through Andre today. Still, it has provided some pretty interesting and intense storylines over the years and many viewers cannot wait to see where it will head now. 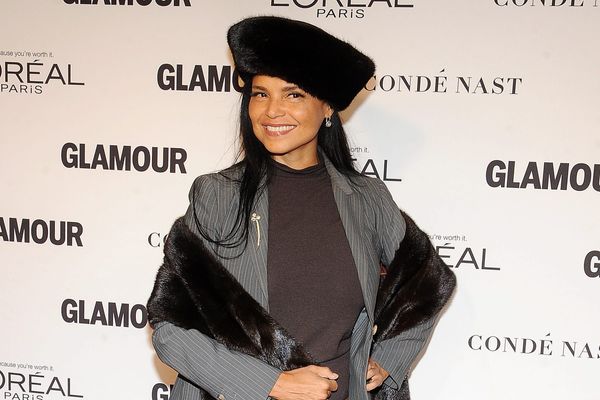