Daytime dramas are a slowly dying genre. There was once a time when you could turn the television on during the day and have a plethora of soap opera options to choose from, but these days there are only four shows left for fans to sink their dramatic teeth into as many shows have been cancelled along the way. At one point or another over the years, soap opera audiences have had to bid a fond farewell to one of their favorite shows. Below is a list of seven soap operas, which were cancelled, that we wish would return.

Ever watch This is Us and remember a young Justin Hartley playing Fox Crane? Passions was a short-lived soap that had a cult-like following. It aired on NBC from July 1999 to September 2007 and followed the lives of those who lived in a small town called Harmony. Some of the storylines were crazy and far-fetched, especially when it came to Tabitha and Jimmy, but the drama that occurred between the Cranes, Bennetts, Lopez-Fitzgeralds, and Russells kept fans tuning in.

Santa Barbara launched the soap careers of Marcy Walker and A Martinez and was a stepping stone for legendary actors like Leonardo DiCaprio and Robin Wright. Storylines were based around the lives of those who lived in the Santa Barbara, California area and the show offered plenty of drama and romance. Santa Barbara was a NBC soap that ran from July 1984 to January 1993. Interesting tidbit about the daytime drama: It was the longest-running show in Russia, airing for about decade from 1992-2002.

Going way back into the soap opera history vault is a daytime drama that revolved around the hospital in a little town known as Madison. Doctors aired from April 1963 to December 1982 and had a huge fan following. Sadly, the show met its demise due to a reshuffling in NBC’s daytime schedule and got moved from its original time slot. Nothing could help revive the soap after that move as ratings declined.

Guiding Light (GL) ran for an unprecedented 57 years from 1952 to 2009 and is currently listed as the longest-running televised drama in U.S. history. It was picked up by CBS after broadcasting for 19 years on the radio. The soap was originally created by Irna Phillips, who based the show’s storylines on her own personal experiences. The soap had many differing plots, characters, and evolved tremendously during the over 70 years it had been entertaining fans. While it has been off the air for about eight years now, GL audiences still miss the soap and all the daily drama it brought into their lives.

Another World (AW) created quite a stir in its day with plenty of firsts within the soap opera industry. It was the first daytime drama to deal an abortion storyline; the first to do a daytime drama crossover (GL’s Mike Bauer made an appearance on the soap); the first to launch soap opera spin-offs in Texas and Somerset; and it was the first daytime drama to have a theme song that hit Billboard’s Hot 100. AW was an NBC soap that aired from 1964 to 1999 and the show centered around the lives of residents in Bay City. Interestingly enough, when AW was cancelled, Passions was given the soap opera’s time slot.

Now that the lawsuit between ABC and Prospect Park is over, perhaps we’ll be seeing more One Life To Life (OLTL) characters on General Hospital? OLTL was cancelled in early 2012 after a 43-year run on daytime. The show centered around a suburb of Philadelphia called Llanview and was touted as the first soap opera to showcase differing ethnicity, provide perspective on social issues, and offer a vast array of comic situations. Fans enjoyed watching the drama unfold for the Wolek, Gray, Riley, and Lord families.

Who else misses Pine Valley? There may be many hands raised out there as All My Children (AMC) was one of the most popular soap operas of all time. It ran from January 1970 to 2011 and showcased an iconic and legendary daytime drama character, Erica Kane. When it came to the ratings the show ranked number one during the 1978/1979 season and throughout the ‘80s and early ‘90s it seemed to always hit the number two spot as most-watched soap. Unfortunately by the time the 2000s hit, like many other daytime dramas during that time, AMC experienced a decrease in the ratings department and was eventually cancelled due to this decline. 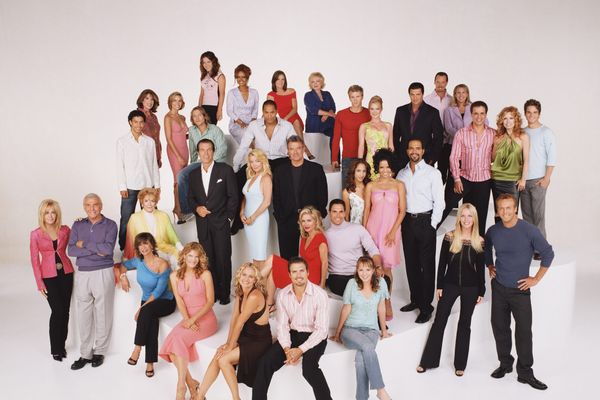