7 Celebrities You Didn’t Know Were Vegetarian

Veganism is pretty hot right now but it looks like a lot of celebrities are giving up vegetarianism because they are against using any and all animal products and therefore turning to even more restrictive diets. However, we have found that there are a select few who are only willing to give up eating meat and continue on with a vegetarian diet. Many of them have been vegetarians for years and believe that giving up meat has made them feel healthier and more fit, which is what life is all about, right? Becoming a vegetarian requires a high level of commitment, so we’re pretty impressed with these 7 celebrities. Here are 7 celebrities you didn’t know were vegetarians!

Kristen Wiig has credited her vegetarian diet with helping her keep in shape and stay healthy. “I’m a vegetarian; I eat a lot of tofu and soy. I drink a lot of water, and I’m addicted to cranberry juice. I do have a splurge day once a week when I can eat whatever I want. It’s good, because it helps you stay on track the rest of the week,” the “Bridesmaid” star told Women’s Health magazine. We hope the splurging doesn’t include eating anything meat-related!

Forest Whitaker first decided to become a vegetarian for health-related reasons however, over time, that has changed. “When I first started, it was about health, but at this point in my life, it’s about not causing pain. I have no interest in causing pain if I have no need to. I have no interest in killing something. I’m not somebody who goes around preaching about it. I come from Texas, so I don’t have a problem with anybody eating whatever they want. But for myself, I made that decision,” the Oscar-winning actor said. Whitaker isn’t the only person in his family who is vegetarian – his daughter, son, brother, sister and his parents are as well!

Kellie Pickler used to love eating red meat, but she gave that habit up several years ago for health reasons; however, after she looked at PETA’s website, her reasons for being a vegetarian became more political. “I saw all the videos and I just thought it was horrible. It’s animal cruelty. A lot of it has to do with knowing what happens to the animals and it really bothered me and so I will not eat meat,” the country singer said. According to Pickler, she doesn’t judge other people who do eat meat. “It’s just a personal thing to me and I’m not preaching about it to anyone. But I feel more healthy,” she said. Sounds good to us!

Denzel recently decided to become a vegetarian; however, he still finds the meat-less diet a tad bit challenging. “I’m a vegetarian now. But sometimes I’ll cheat and have chicken,” the two-time Oscar winner said. “When I did the play Fences (on Broadway) it just kind of woke me up to this idea of getting back to the basics in every way, and I made a commitment to just work harder and eat good.” We’re sure with time he’ll be able to give up chicken for good too but, for now, we won’t hold it against him!

Sarah Silverman decided to become a vegetarian when she was a child. “When I was 9 or 10 years old, my dad took me over to a neighboring farm to help get stuff for the meal. The farmer, Vic, told me to look at all the turkeys and pick one out. I saw a cute one with a silly walk and cried, ‘Him!’ Before my pointing finger had even dropped to my side, Vic had grabbed the turkey by the neck and slit [the animal’s] throat. Blood and feathers went flying. I had sentenced that turkey to death! Up until then, I didn’t know where meat came from – and I’ve been a vegetarian ever since,” the comedian said. That actually sounds really traumatic – what was that farmer thinking?!

Christina Applegate is another celebrity who is a vegetarian. According to her, she decided to make the change on the set of “Married with Children” when she still a teenager. “[I realized] I can’t eat something that has been alive,” Applegate said. “So I stopped, and that was it. That was the last time.” The “Samantha Who” star is very  committed to not harming animals in any way and took action by posing for one of PETA’s Christmas e-cards back in 2007 wearing green and red gloves and that’s it. Now that’s a sight for sore eyes!

Shania Twain has been a vegetarian for decades. Although she isn’t preachy about it, she proves that she is easily more knowledgeable about it than most people. “I stick to a mixture of real raw, whole-food items every day. I make sure I’m eating greens every day, and nuts, and food that’s not processed,” she told the Las Vegas Review-Journal. “If you end up eating breads and rice and pasta to satisfy yourself then you’re probably not necessarily eating healthier. You might be sparing yourself some of the downsides of eating meat. But you’re not necessarily benefiting yourself by eating the starch.” The country star also mentioned that she might release a vegetarian cookbook which is something to look forward to so others can be a successful vegetarian. 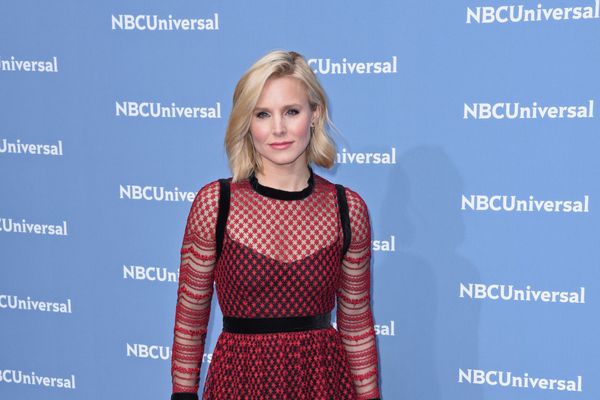