It’s hard not to get wrapped up in the lives of our favorite soap opera characters. After all, with the many plot twists, romances and adventures they go on, their plights keep us tuned in daily and weekly. The main characters on a soap opera are often the focal point of what goes on in the little town they live in – but what about the supporting characters that add some humor or offer insight into impending storylines? Below is an overview of seven minor soap opera characters who have simply stolen the show (and our hearts)!

7. Faith Newman (Alyvia Alyn Lind) – The Young and the Restless

This cutie-patootie may be small, but she plays a significant role in The Young and the Restless (Y&R). As one of the Newman clan, Alyvia Alyn Lind has been playing the sassy Faith Newman since 2011. The interesting thing about Faith is she is not only cute, smart, and very inquisitive, she’s also wise beyond her years and pretty much has every adult she knows wrapped around her little finger. She certainly steals the show every time she is placed in a scene and always has a sweet anecdote to help anyone around her cope with whatever they are going through. This kid has been through a lot and always seems to shine whenever she hits a daytime screen.

Reminiscent of the famous General Hospital (GH) scene stealer of long ago, Amy Vining, Nurse Amy Driscoll made her debut on soap in May of this year, and has been stealing scenes ever since. She’s cute, funny, quite self-involved, knows her gossip and seems to be fitting in very nicely among all other interesting characters in the land of Port Charles. The Amy Driscoll character is refreshing and the perfect addition needed to add a little humor to GH. She’s a scene stealer much like the original Amy, but the only thing that may be missing in Driscoll’s life is a love interest. Here’s to hoping Nurse Amy gets one soon!

5. Esther Valentine (Kate Linder) – The Young and the Restless

The quirky, yet loyal maid of Katherine Chancellor, Esther Valentine, has simply won the hearts of Y&R fans everywhere over the years. While Esther has always played a minor role on the show, she’s been a staple in Genoa City since 1982. One might describe the Valentine character as a bit of an airhead, but she’s also a character with a heart of gold. So much so, that despite being the ‘hired help’ for the Chancellors, over the years she’s been more like family (and treated as such). With connections to Jill and Billy Abbott, and of course daughter Chloe, Esther is still seen on the daytime drama today. We can catch her serving up delicious treats and beverages at Crimson Lights. Moreover, her humor, light remarks and down-to-earth attitude always steal the show whenever she is placed in a scene.

As the matriarch of the Brady Clan, Caroline Brady has been a staple character on Days of Our Lives (DOOL) since 1985. When introduced to DOOL audiences over 30 years ago, she was once a major player when it came to storylines in Salem. As years have worn on, she continues to dazzle Days’ fans, but has turned into more of a supporting role as she provides advice and premonitions to friends, family and neighbors. Still, every time McCay steps into a scene, the daytime veteran can’t help but steal the show. With five Daytime Emmy nominations under her belt, it’s no wonder that after all this time, Caroline Brady remains to be a prominent figure in Salem and a character fans are still quite invested in.

How cute is GH’s Spencer Cassadine? If you ask any GH fan, they will tell you how incredibly cute he is! The (approximate) 10-year-old, who articulates himself like a distinguished 40-year-old intellect, hands down steals the scene and show whenever he is on camera. He is handsome, dapper and oh-so smart, being a handful for father Nikolas, Spencer is a unique character and many can attribute his scene-stealing abilities to the tremendously talented little actor who plays him, Nicolas Bechtel. While Bechtel is busy with another little project, Disney’s Stuck in the Middle, GH is thankfully keeping him as Spencer and working around his schedule. As little Spencer has been a focal point in the recent fake death storyline with his dad, Nikolas. A recast may be inevitable in the future. Perhaps the character will be affected by a little SORAS, but for now fans are enjoying the funny little antics of Spencer.

2. Colin Atkinson (Tristan Rogers) – The Young and the Restless

Speaking of General Hospital, for the longest time, the name Tristan Rogers was synonymous with the name Robert Scorpio, a soap opera character Rogers made famous on GH. That all changed in 2011 when Tristan jumped to the Y&R and stepped into the Colin Atkinson role. Atkinson is a bit of a bad guy, who has slowly been able to redeem himself over the years. However, thanks to Rogers’ natural wit and humor which shines through in both the Scorpio and Atkinson characters – the actor can’t help but steal the show every time he is placed in scene adding a bit of comedy to any storyline he is put in.

Damien Spinelli or simply Spinelli as he is affectionately called by most of his friends and loved ones is a fine example of how a minor (scene-stealing) role, can turn into something quite bigger. Spinelli started off in the supporting role category as Jason Morgan and Sonny Corinthos’ tech guy, a side kick who would help them with interesting mob projects now and again. But as fans grew to adore his smarts, clean-cut look and interesting verbiage, Spinelli quickly grew into a major GH character, one that always managed to steal the show! Now he’s only brought back now and again, but when he is in Port Charles, fans are treated to one of the best characters to come out of GH in the show’s history. 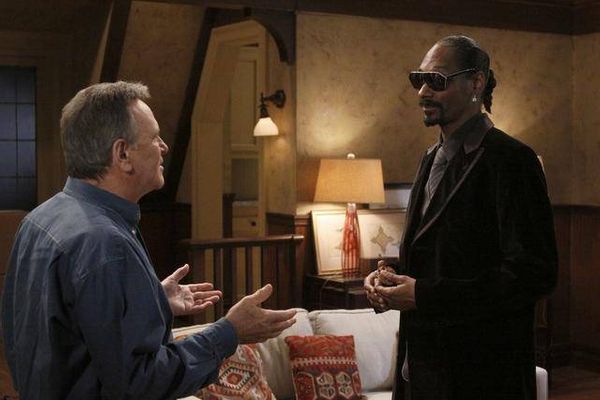