Today, Halle Berry and Olivier Martinez announced their plans to divorce, and while some people may think that this announcement came out of left field, many were waiting for this. Their marriage was never going to work and this was obvious before they even walked down the aisle. Here are 7 signs that Halle and Olivier’s divorce was coming:

Halle and her ex Gabriel’s custody battle has been going on for years. When Gabriel filed court papers to seek joint custody of their daughter Nahla, things started to get messy. She claimed to have “serious concerns about her daughter’s well-being while in the care of her father” and then tried to get permission from a judge to move to France full-time with Nahla, knowing that Gabriel couldn’t afford to visit.

Although their custody dispute seemed to be resolved back in 2012, Halle keeps taking Gabriel back to court. In 2014, she tried to get her child support payments reduced from $16,000 to $3,000 because Gabriel was reportedly just living off the payments. Later that same year, she took him to court, claiming that he was straightening and lightening Nahla’s hair. In 2015 she Gabriel back to court to try to lower her child support payments yet again. Talk about bringing the drama!

In 2012, Olivier got into a really messy brawl with Gabriel. He was dropping Nahla off when Olivier came to talk to him in the driveway and it became a full-on fight. Gabriel walked away with a broken rib and a bruised and swollen face while Olivier suffered a broken hand and some neck injuries. The former model also alleged that Olivier threatened to kill him.

We’re not condoning Gabriel’s behavior that day, but we kind of feel that Olivier’s involvement in the fight was overlooked. His hand was most likely broken because he kept punching Gabriel. That kind of behavior is definitely worrisome.

During Olivier’s relationship with Halle, Gabriel wasn’t the only one to suffer because of the actor’s short fuse. In 2013, when he was arriving at LAX from a holiday in Hawaii, he assaulted a paparazzo, kicking him in the leg and wrist in front of Halle and Nahla. Then, earlier this year, he was investigated for battery after he pushed an LAX employee with a child’s car seat. It kind of looks like Olivier solves his problems using anger.

Back in early 2014, Star magazine alleged that Halle and Olivier were fighting nonstop and were on the brink of a nasty split. He was reportedly upset with her because she was working too much and spending too much time trying to lose the baby weight, so she wasn’t spending enough time with their child. Star magazine claimed that Halle was sick of Olivier’s jealousy and him always telling her what to do.

In July of this year, Mark Markin of E! News asked Halle what she had planned for her and Olivier’s second wedding anniversary and she had no idea what he was talking about. It sounds like the marriage was already over…

This summer, Radar Online reported that Halle and Olivier haven’t been living under the same roof for a very long time. He hates living in L.A., so he spends most of his time in France and she reportedly doesn’t live with him because of his temper. When he’s in the country, he stays at his place in Malibu and she lives in her Beverly Hills home. Sources say that at one point she allegedly told him to seek counseling for his anger or the marriage is over. Considering that they were living separately, it looks like he wasn’t interested in changing.

For months, Halle hadn’t been wearing her engagement ring consistently. This past summer, TMZ reported that the Oscar-winning actress lost her ring the year before when she was at the Acapulco International Film Festival and neither she nor Olivier had bothered to replace it. While that might be true, Halle hasn’t been spotted wearing her wedding ring either. It sounds like the marriage was over and she wasn’t interested in the pretending anymore. 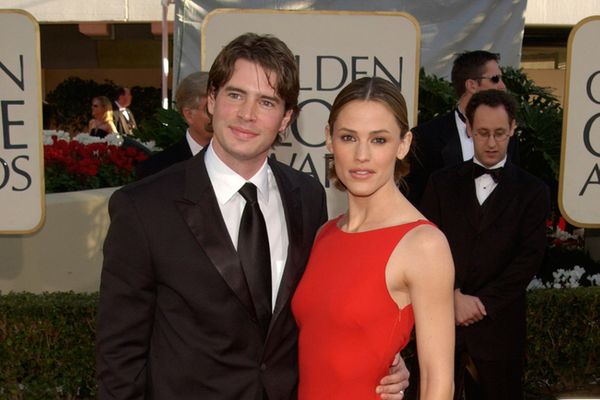