When it comes to hook ups, stars can have anyone. They surround themselves with the most beautiful and talented people in the world and we love it when beautiful celebrities get together with other beautiful celebrities. This, however, isn’t always the case. Instead of sparking romances with other stars, some celebrities end up hooking up with someone on their payroll. Here is our list of 9 stars who have hooked up with the help!

When he was engaged to Sienna Miller, Jude Law had a month long affair with his children’s nanny, Daisy Wright. The two were caught in bed together by one of his children who then alerted his ex wife about the situation. Law’s ex wife Sadie Frost then sacked Wright, prompting the unemployed nanny to sell her story. Although the Oscar-nominated actor apologized to Miller for his transgression, the two ended up breaking up, only to get back together a few years later and then break up again.

Arnold Schwarzenegger fathered a love child with his family’s housekeeper, Mildred Baena. After lying to his wife Maria Shriver for over a decade, he finally came clean to her about it back in 2011. It turns out that Schwarzenegger’s son with Baena is the exact same age as his youngest son with Shriver, which means that the two women were pregnant at the same time. Although he has since said that the affair was the “stupidest thing” he has ever done, he has never publicly apologized to Maria for his actions.

Ethan Hawke’s current wife Ryan Shawhughes was his and his ex wife Uma Thurman’s nanny back when they were married. Even though Hawke has never admitted to cheating on Thurman, he was rumored to have started a relationship with the nanny while he and his ex were still married. “I know people imagine some kind of Sound Of Music type love affair, but the truth is by the time Ryan and I were falling in love, it had been a long while since I had employed her,” Hawke told Elle.

A lot of celebrity relationships and marriages are fast and fleeting but there are always a select few that make us believe they can find love, and stay in love even with the pressures of being a celebrity. Rockers Gwen Stefani and Gavin Rossdale were that couple for awhile after being together for 19 years, married for 13 and sharing three sons together, however even as they stayed together their relationship was plagued with rumors of infidelity on the part of Rossdale. In November, 2012 he was rumored to be getting a little too close to the nanny of his children with Stefani and not long after Stefani fired the woman. Then six weeks after the pair announced their divorce in the summer of 2015 there were more rumors circulating that Rossdale was hooking up with the same woman, making many believe the relationship never really stopped. To top it off, many say the nanny looks quite a bit like Stefani and since Stefani gave her clothes when she worked for them, she dresses like her too!

Robin Williams met his second wife Marsha Garces when she was working for him and his first wife as a nanny for their son Zachary. Although their marriage lasted 19 years and produced two children, sources say that the comedian’s relapse in 2006 is what did them in. After 20 years of sobriety, Williams had briefly started to drink again. Other sources say that the marriage ended because Williams was having an affair with a 27-year-old artist.

Despite being married to one of the most beautiful women in country music, Robert “Mutt” Lange decided to take up with his assistant and interpreter Marie-Anne Thiebaud. To make matters worse, Thiebaud was actually a close friend of Twain’s. After the affair, Lange continued to date his mistress while Twain ended up starting a relationship with Marie-Anne’s estranged husband Frederic. While it is uncertain if Lange and Marie-Anne are still together, we do know that Twain and Frederic are happily married.

When Heidi Klum ended her seven-year marriage with Seal, she wasted no time moving on. Instead of hooking up with another A list star, however, she moved on to her and her ex-husband’s bodyguard, Martin Kirsten. Seal was anything but happy about this and made his opinions known to the media. “I would of thought that Heidi would have shown a little more class and at least waited until we separated first before deciding to fornicate with the help, as it were,” Seal told TMZ.

When David Beckham moved to Spain to play for Real Madrid, he reportedly began a four month long affair with his personal assistant, Rebecca Loos. David never confirmed that he had a sexual relationship with Loos; however, his “denial” wasn’t an outright denial. “The simple truth is that I am very happily married. I have a wonderful wife and two very special kids. There is nothing any third party can do to change these facts,” he said. The affair must have made David and Victoria’s relationship stronger because they are still together and now have 4 children.

A-listers Ben Affleck and Jennifer Garner shocked everyone when they announced at the end of June, 2015 they were splitting up after 10 years of marriage and three children together. In the beginning, the shocking breakup seemed civil and mutual but it didn’t take long for the dirty laundry to be aired in the media with reports that Affleck had been hooking up with the former nanny. To make matters worse, the mistress in question, Christine Ouzounian, seemed to love the attention and only fueled the rumors further there was something going on between her and the star. Although Affleck has denied the story there have been many factors indicating otherwise, including her accompanying him on trips to Vegas, and hanging out with him on private plans, situations where a nanny is not needed. 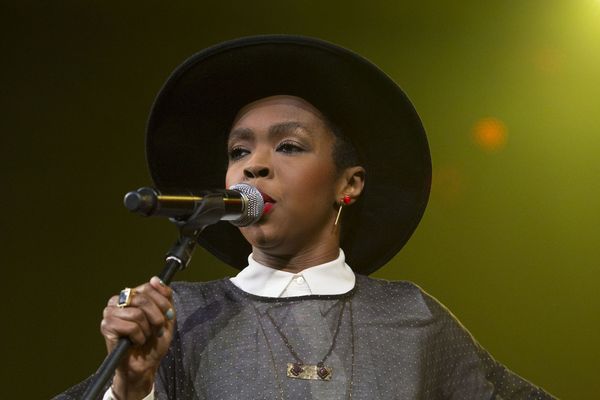