7 Teen Soap Opera Stars: How Much Are They Worth Now?

Teen soap opera stars seem to have such an amazing life. Working on a daytime drama set can have many perks, not to mention the fact that soap opera acting gigs pay pretty well and are hard to come by these days. As youngsters, they get their foot in the door along with some experience. In many ways, they work just as hard, if not harder than their adult counterparts. These teens are working long hours on the set — and still have to do homework and other activities — and at the end of the day, do they have anything to really show for their years of hard work? Below is a list of seven teen soap opera stars and what their net worth is today.

Estimated Net Worth: $3 million. Kristen Alderson is a soap opera veteran. She played sweet little Starr Manning on One Life to Live (OLTL) for about 15 years. She entered the role at the age of seven in 1998 and played the character until OLTL ended in 2011. She reprised her role for General Hospital (GH) when OLTL ended, but it was soon discovered that the company Prospect Park owned the rights to all the OLTL characters and Starr was removed from Port Charles. The fans loved Anderson so the character of Kiki Jerome was created for her. Alderson left GH in 2015, but before she did, she won a Daytime Emmy in the category of Outstanding Younger Actress.

Estimated Net Worth: $3 million. Jonathan Jackson entered the role of Lucky Spencer at the tender age of 11 and spent a good portion of his teen years on the show. He wowed GH audiences as the cute, lovable and street smart kid who was the sole son of mega couple Luke and Laura. Jackson was in the role from 1993 to 1999 and he returned almost a decade later in 2009 and since then he’s been playing the role of Lucky on an on and off basis. While the role of Lucky Spencer has earned Jackson eight Daytime Emmy nods and five Daytime Emmys wins, he’s moved onto prime time television as the former child soap star can now be seen on the musical drama Nashville.

Estimated Net Worth: $3 million. While GH fans are all too familiar with the crazy antics of Maxie Jones, Kristen Storms got her soap opera break at the age of 15, playing Belle Black on DOOL. Storms joined the Days cast in 1999 and immediately entered Salem’s teen scene at the time. Her character, Belle, was embroiled in an intense love triangle with Shawn-Douglas Brady and Phillip Kiriakis (some things never change). Kristen later jumped ship to GH and has since established a successful soap opera career over the past 17 years. At the young age of 32, it’s no wonder Storms hits number five on this list with a net worth of $3 million.

Estimated Net Worth: $3 million. Amber Tamblyn was only 12 years old when she entered the role of GH’s Emily Quartermaine in 1995, which helped skyrocket her acting career. Only six years after her GH stint, Tamblyn would hear the demand of Hollywood beckoning for her and in 2003 she began starring in the prime-time drama Joan of Arcadia. But television isn’t all this incredible actress has dabbled in. She has worked on various film projects, including The Ring, The Grudge 2, 127 Hours and the film franchise of The Sisterhood of the Traveling Pants. Interestingly enough, Tamblyn also writes poetry and has published three books of poems over the years.

Estimated Net Worth: $4 million. Kimberly originated the legendary child role of Robin Scorpio in 1985 when she was just seven years old. Fans literally watched the young girl grow into a beautiful teenager and then evolve into the strong and smart woman she is today. She’s won two Daytime Emmys for the part and has also dabbled in projects outside GH including Legally Blonde, CSI and Party of Five. While Kimberly has currently left her GH role, perhaps only returning for the Nurses’ Ball (or now and again), she has also stepped into the role of writer and director for various film and television projects.

Estimated Net Worth: $9 million. For approximately 29 years now, Alison Sweeney has played the infamous Sami Brady on Days of Our Lives (DOOL). she entered the role in 1987 at the age of 17, then transformed from a crazy manipulative teen fans loved to hate, and is now a successful heroine audiences can’t get enough of. The Days role not only is a legendary one that has evolved incredibly over the years. It has also provided Sweeney plenty of opportunities. She’s had roles in a slew of Hallmark Original Movies and hosted the NBC hit reality show The Biggest Loser for nine seasons.

Estimated Net Worth: $15 million. Before she was in Scooby-Doo, Cruel Intentions, Scream 2, I Know What You Did Last Summer – or even before she was known as Buffy the Vampire Slayer – Sarah Michelle Gellar was a scheming little teen that went by the name of Kendal Hart on All My Children. She must have learned a ton working alongside Susan Lucci. Gellar was in the role from 1993 to 1995 and was awarded a Daytime Emmy (in the Younger Actress category) for her part on the popular soap opera. Then Gellar moved on to experience fame and fortune in Hollywood, taking on roles in both television and movies (as seen above) and now also enjoys a successful marriage with fellow actor, Freddie Prinze Jr. Before her and Freddy fell in love and got hitched, Prinze was connected to another child soap star actress, Kimberly McCullough. 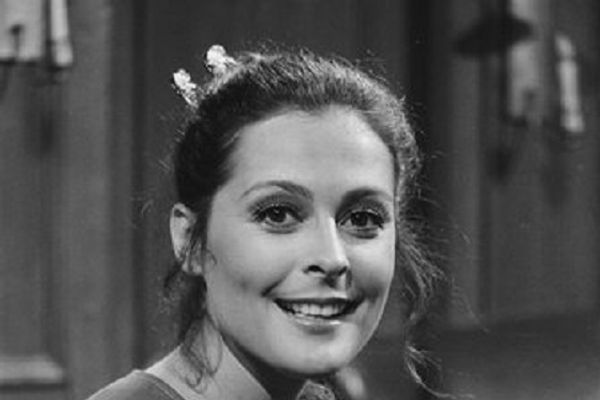