Emma Slater has been a pro on Dancing with the Stars for eight seasons and she’s already become a fan favorite thanks to her talent and charisma. Even though she’s been around for several years now, this British beauty has kept a pretty low profile, but don’t worry – we have 7 things about the dancing pro that you probably didn’t already know:

The professional dancer initially wanted to be an actress and had a role in the musical Mamma Mia – which starred Meryl Streep – as one of the friends of Amanda Seyfried’s character and she sang on the movie’s Grammy-nominated soundtrack, which was produced by Abba. She was also on ITV1’s Popstars to Operastars and became the ballroom advisor.

Emma Louise Slater was born in Sutton Coldfield, England, on December 25, 1988, but was raised in Tamworth, a medieval town in Staffordshire, England. She has one sibling, a twin sister, Kelly. At the age of four, she started dancing. She attended Novelli State School where she studied ballet and began appearing in numerous productions.

At the age of 10, she began training in Ballroom and Latin American dance. She also took formal dance training and competed in a number of competitions. At 15, she appeared in George Michael’s music video for “Round Here” and later that year she took part in a fitness video “Latinasize.” When she was 16, she joined the cast of Simply Ballroom, touring the U.K., United Arab Emirates and South Africa and she also appeared in Strictly Come Dancing, which is the British version of Dancing with the Stars. In 2009, she became a principal dancer in Burn the Floor on Broadway.

As a competitive dancer, Slater has been honored with numerous awards. When she was only 16, she won the British Under 21 Latin American Championships at the Blackpool Closed 2005. The following year, she won the 2006 United Kingdom Under 21 Latin American Championships at the Bournemouth Pavilions, England. She was ranked in the world’s top 10 and went on to represent the UK in competitions around the world.

She met her fiancé Sasha Farber when they were both doing Burn the Floor, but they didn’t start dating until a couple of years later in 2011 when they were both on Dancing with the Stars. They dated for five years before they got engaged; however, they did break up at one point, but the breakup was so amicable that they continued to live together. In October 2016, he proposed to her on an episode of the show in with a vintage-inspired rose-colored sapphire.

During her break with Sasha Farber, she was rumored to be dating Alex Skarlatos, one of the non-pros from season 21 of Dancing with the Stars. These two seemed to really hit it off during Switch Up Week when they were paired together for a romantic Rumba. Even though she talked about possibly going on a date with Alex, the two ended up becoming friends instead. 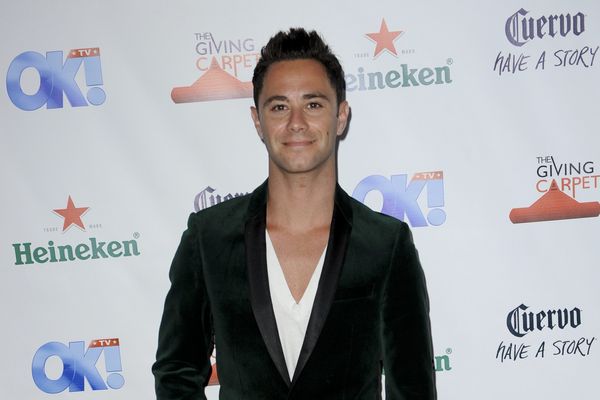 Things You Might Not Know About DWTS Pro Sasha Farber