Sweet Home Alabama is a romantic comedy starring Reese Witherspoon, Patrick Dempsey and Josh Lucas. The film tells the story of Melanie Smooter, a Southern girl from a small town who becomes estranged from her past after she moves to New York to become a fashion designer. She is forced to return home after becoming engaged to a man named Andrew and must procure a divorce from her childhood sweetheart and estranged husband, Jake. Even though the film received mixed reviews from critics, it has a huge cult following of fans who absolutely loved it and still cherish it as one of their favorite movies today. It’s now been 15 years since the film was released, so here’s a look back at 7 things you probably didn’t know about Sweet Home Alabama!

Charlize Theron was originally sought out to play the lead role of Melanie Carmichael, but because there was an actor’s strike at the time, she had jumped to do the film Trapped. This left the door open for Reese Witherspoon, who was cast the same weekend that Legally Blonde hit the box office.

In the original draft of Sweet Home Alabama there was a character with an entire subplot named Erin Vanderbilt. Played by Katharine Towne, the character was cut from the film after test audiences were confused about her relationship with Andrew. She can be found in the finished version of the film at the end when Melanie is shown a newspaper wedding announcement during the closing credits.

When Melanie announces her engagement, her father Earl asks her mother, Pearl, to pull the bologna cake out of the freezer. Not many people have heard of a bologna cake — the idea to include it in the film came from one of the script re-writers who actually had this happen when he got engaged to his fiancee from Indiana. A bologna cake consists of bologna, cream cheese and horseradish.

Both Josh Lucas and Reese Witherspoon are from the south. — Lucas is from Arkansas and Witherspoon’s from Tennessee, but they’ve since moved away and lost most of their accents. In order to depict two people from Alabama, they had to practice their Southern drawl. “I really broke my accent years ago. So, it’s hard for me to get it back. For Reese, her accent came very quickly. We all talked about accents and stuff in terms of toning it…having a gentle, subtle, quiet element to it. Because you can leer, you know, and because people definitely have the full thing, and with that you can over do it. I think we all got to be precise with each other. It’s evenly balanced. Everyone was pretty much in the same zone,” said Lucas in an interview with IGN.

Josh Lucas was the first to admit in his interview with IGN that he’s not the best at comedy, so he relied on his co-star, Reese Witherspoon for help. Even though they’d known each other for a while prior to working together, Reese didn’t remember who he was! “Reese and I met each other for like thirty seconds on American Psycho, so we had no comprehension of each other whatsoever, and she didn’t have any memory of meeting me, whatsoever,” he laughed. “I said, ‘You’re the girl from Man in the Moon. I totally remember you.'”

Although the film takes place primarily in the fictional town of Pigeon Creek, near a fictional Greenville, Alabama, it was mostly shot in Georgia. The home that Melanie tries to pass off as her childhood home, the Carmichael Plantation, is actually the Oak Hill Berry Museum, which is a historic landmark in Georgia. It’s on the campus of Berry College in Rome, Georgia. Most of the downtown scenes were filmed in Crawfordville and Taliaferro County. 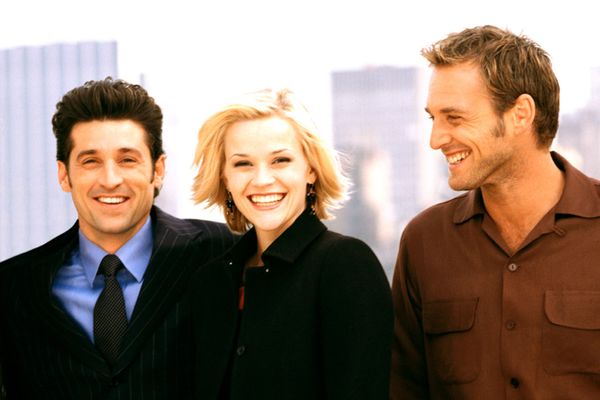 Cast Of Sweet Home Alabama: How Much Are They Worth Now?