Stop. Stop! Please… stop. Everyone stop botching the national anthem. The Star Spangled Banner is a gorgeous song written by Francis Scott Key, and it is too often abused. No, naysayers, the song is not about glorifying war, as suggested by popular hipster rhetoric. A well-researched individual would look up the song and see there are more verses than the most popular, which people still can’t seem to get right. So, let’s hand out some awards for biggest stink bombs delivered after “Oh, say, can you see?” Here are eight celebrities who botched the national anthem.

Carl Lewis. This guy was pure speed. A former Olympic gold medalist (multiple times over), world champion, world record holder in the 100m dash, as well as an incredible long jumper, Carl’s second love was entertaining. He kicked around the idea of getting into the color commentary booth after his track and field career, but there’s not a lot of demand for track specialists. He also had a lot of interest in acting, so he went that direction. Carl enjoyed a few roles in smaller films, and he was quite capable as a storyteller. Unfortunately, the jock stigma was hard to shake, as was his performance of the national anthem at an NBA basketball game in 1993. He pitched it too high for his range, got boo’d, told the crowd he’d make it up at the end and then took it straight to the sewer. It was crap.

Damn. Michael Bolton almost offered the best rendition of The Star Spangled Banner ever. Until he forgot the words. As if this guy hadn’t taken enough crap for his hair and demeanor during his heyday, he stepped onto the field at a Red Sox vs. Yankees game and launched into a solid, acapella rendition. He got through “…the perilous fight…” beautifully, then he went up. He was obviously nervous and psyched himself out because he had the words written on his hand. He referred to them, and the crowd saw it. Chalk this up to thing #147 never to do in front of New York Yankees fans. He finished the song with serious force, but you could see the “Ugh…” on his face as he turned to acknowledge the color guard, then hustle his butt off the field. Seriously, edit out the pause, and it was awesome.

Is R. Kelly real life? Does this guy really exist? Like… really? R. Kelly was hired to sing the national anthem before a boxing match in Las Vegas, so he steps into the ring with a few dancers–closed couples, ballroom style–and proceeds to offer his funked up version of TSSB. At first it wasn’t terrible-terrible, but it was yet another attempt of taking the song written in 3/4 time, and making it 4/4 with some sweet percussion. Rob pushed into the realm of social no-no, when he asked the audience to start clapping their hands. No doubt, every military vet in the crowd had their hands over their gaping mouth. You could almost hear the collective WTFs resounding from the crowd. After he finished, he received mixed reaction… the boos eventually winning out.

Madam Secretary… your microphone is on. No, Hillary wasn’t scheduled to sing solo, but people wished she would have sung solo… so low nobody could hear her! Oh! Zing! Never heard that one before, have you? Seriously, it was bad. Really bad. So, she’s not a vocalist. We can live with that. We’re honored that the former Secretary of State, and according to Las Vegas, the next POTUS, would offer up all the words–wait, she didn’t even sing the right words? Dadgummit. She might as well have lip-synced. It would have been better for all parties involved. Nah, it’s not a prerequisite to know the song in order to be the POTUS, but you’d think it’d be in the repertoire, right? In all fairness, she’s only #5 on this list. They do get worse. Much worse.

This guy. If there was ever someone who literally made himself a star by hustling, pounding the pavement and forcing people to listen to demos while playing live gigs… it is Scott Stapp. When Creed was still a band and Scott hadn’t lost his gourd, he was asked to sing the national anthem at the Ford 400 NASCAR race. This was fitting. He was the type of guy who most racing fans had heard of, and even if they pledged their love to country music, he was a legit rocker. Oh, gosh. This wasn’t bad. This was sad. Painful to watch. And the reason behind it wasn’t just some “off” vocals. Scott was dealing with some serious demons. He growled his way through the anthem, but it was obvious the biggest show was his acting like he wanted to be there. Worth noting: Scott is finally healthy now.

Kat DeLuna? Who’s Kat DeLuna? Exactly. Did her iffy rendition of the national anthem at a Dallas Cowboys game hurt her career? Possibly… or maybe it exposed her for being a little less talented than initially thought. It was another painful performance to watch. The hardest thing about watching up-and-comers do the anthem–especially when they’re young… Kat was 20 at the time–is the common mistake of thinking the performance is about them. Nobody listening to the song cares about the up-and-comer other than close family and friends. Kat was determined to blow everyone’s mind with her performance, so she attempted it all: vocal runs, riffs, flexing her vocal muscles to the point of losing pitch, and of course, lots of diva hand gestures. Note to you kids out there: just sing the song. It should take no more than 45 seconds. Kudos to Kat for moving on.

There can be no greater suck than botching the national anthem during The United States of America’s biggest sporting event: the Super Bowl. Christina Aguilera took to the on field stage in JerryWorld, aka Cowboys Stadium, to do way too much with the national anthem, offer way too many runs to singular notes and ultimately milk a 45 second verse for two minutes. She screwed up the words, was all over the place regarding pitch and she seemed confused as to how she wanted to do it stylistically. It was awful. And the players knew it. There’s nothing better than Aaron Rodgers smirking during the vocal exercise session, before she brings it home with a screeching growl, and a final, “Thank you.” No, Christina. Thank you. Thank. You. Why is it easy to imagine Britney Spears laughing the entire time while watching?

There is no doubt about this one. Roseanne Barr for the win. What was this supposed to be? If you remember this, you know how awful, and seemingly disrespectful it was. If you have no idea who Roseanne Barr is, we’ll just say Melissa McCarthy couldn’t be Melissa McCarthy without someone like Roseanne paving the way in the industry. That said, Roseanne had an edge, where Melissa has a sweetness. For some reason, the fine folks in the San Diego Padres organization thought it’d be a good idea to invite Roseanne to sing the national anthem. She did, and it quickly became a disrespectful farce. Honestly, it seemed as if a bad singer was trying to do her best, and then people started booing, so she said “F*** it…” and screamed her way through the rest of the performance. 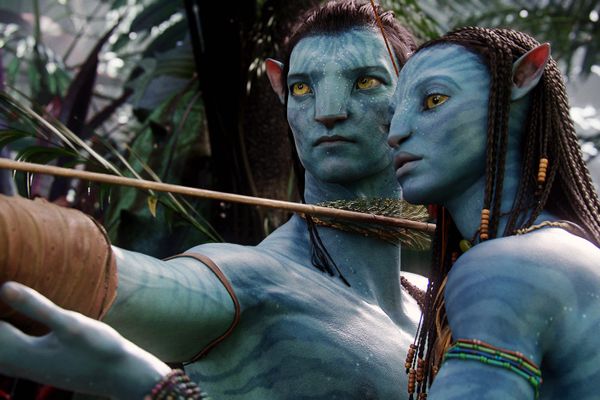