Years ago, a shotgun marriage was defined as a couple who became pregnant unexpectedly and married to please their parents before the baby was born. Now that definition has changed greatly and many people, including celebrities, just want to make their marriage official before welcoming their first child. As any couple will tell you, marrying for that reason or staying together for the kids is often not a good idea and, while many celebrities who wed while pregnant are no longer together, others have made it work. Here are 13 celebrity shotgun marriages that have lasted:

Actor Chad Michael Murray was beginning to be known as a co-star romancer so no one was too surprised when he was linked to his Chosen co-star Sarah Roemer in late 2014. It was surprising, however, when it was revealed in January 2015 that not only had the pair married but they were also expecting their first child together. The pair welcomed their first child, a son, a few months later in late May and many were skeptical of how things were going to last because of Murray’s womanizing reputation. The couple have never seemed happier, however, and in November 2016 they announced they were expecting their second child and in March 2017 welcomed their daughter. 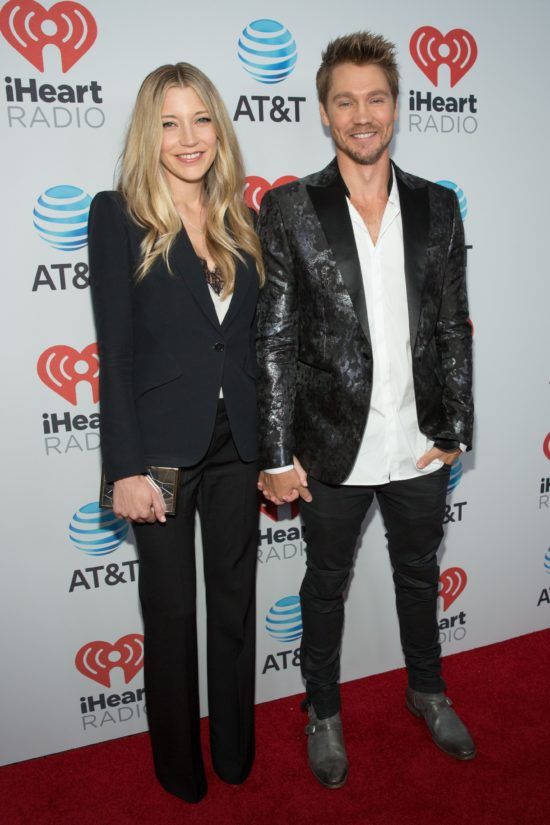 Once Upon a Time costars Ginnifer Goodwin and Josh Dallas struck up an off-screen romance in 2011 only a few months after Goodwin ended her engagement to Joey Kern. At first the pair took things slow and became engaged in October 2013 after two years of dating, but their relationship progressed much more quickly after that when Goodwin became pregnant with their first son. The two had a short engagement and were married in April 2014 when Goodwin was eight months pregnant. “We’re both Southern so I was literally barefoot and pregnant at our wedding. I was afraid I’d fall over,” Goodwin joked about their wedding day. One month after their wedding the couple welcomed their first son Oliver and after two years of marriage the pair welcomed their second son Hugo in June 2016. 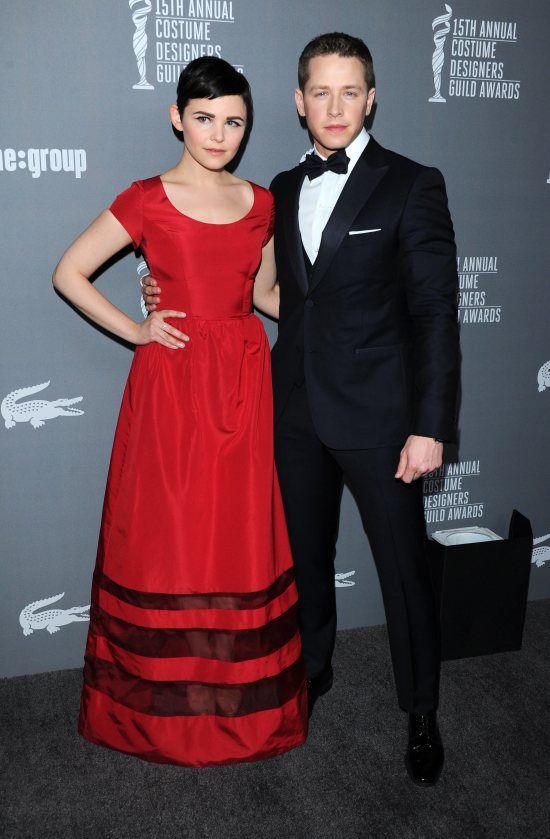 Although Alicia Keys is one of the biggest names in the music industry, she was successful at keeping her relationship with Swizz Beatz (Kasseem Dean) out of the spotlight for quite some time. For awhile it seemed as if the couple were in no rush to the altar when they began dating in 2008, but things changed when Keys became pregnant with their first child. The pair became engaged in May 2010 and married only a few months later in July before welcoming their son Egypt in October of that year. The two still remain one of Hollywood’s most affectionate couples and in 2014 welcomed their second son Genesis. 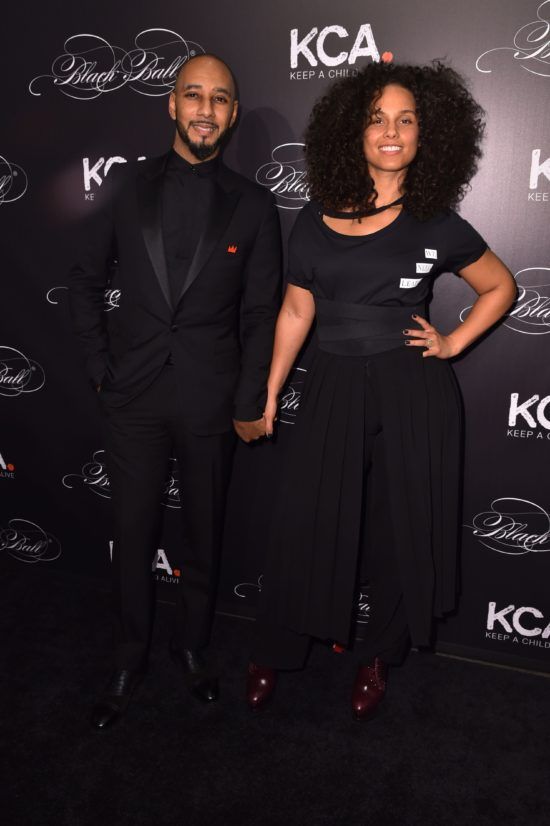 James Van Der Beek and business consultant Kimberly Brook had a whirlwind romance that resulted in a shotgun wedding. The Dawson’s Creek actor married Brook on August 1, 2010 only two months after his divorce from Heather McComb was finalized. Just over a month after the wedding, Van Der Beek and Brook welcomed their first daughter Olivia. Seven years later the two are still happily married and the parents to three more children, Joshua, Emilia and Annabel. 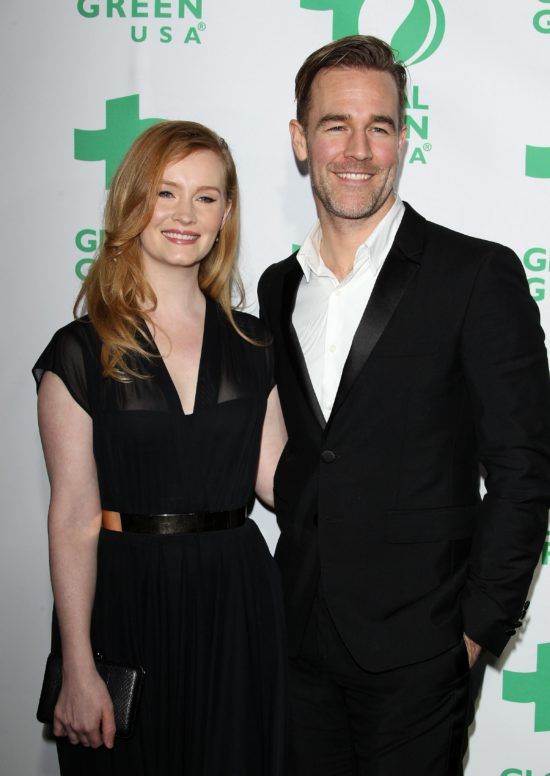 Benjamin Bratt and Talisa Soto were on the fast track to marriage when they got together. They started dating in 2002 and then were married that April in a secret ceremony. The reason that they decided to get married so quickly was because they were expecting their first child together! The couple is still married over 15 years later and have two children together, a daughter, Sophia, and a son, Mateo. 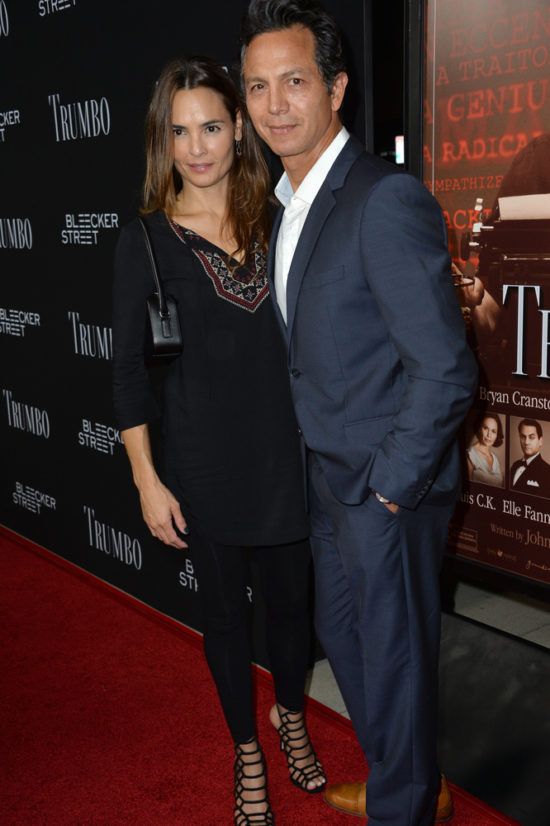 Mira Sorvino married Christopher Backus when she was pregnant with their first child, Mattea Angel, back in 2004 in a low-key ceremony that the press didn’t learned about until two weeks after the fact. The couple was equally secretive about their pregnancy – they didn’t announce that they were expecting until after the wedding. Now, the couple has added three more children to their brood – Lucia, Johnny, and Johnny. 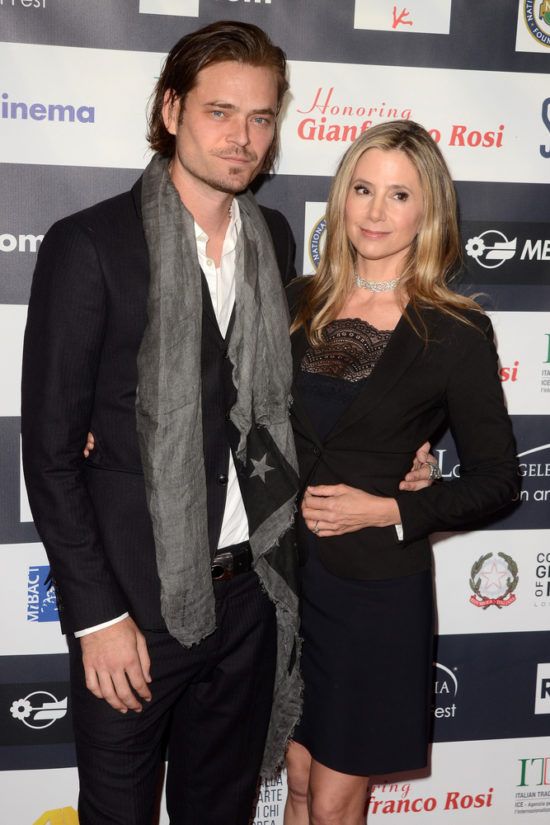 Amanda Pett and David Benioff had been engaged since July 2005 when she announced on David Letterman’s show in September 2006 that they were expecting their first child together and were going to getting married the following weekend. The couple is still going strong after over a decade together and now they have three children together, Frances “Frankie, Pen, and Molly June. 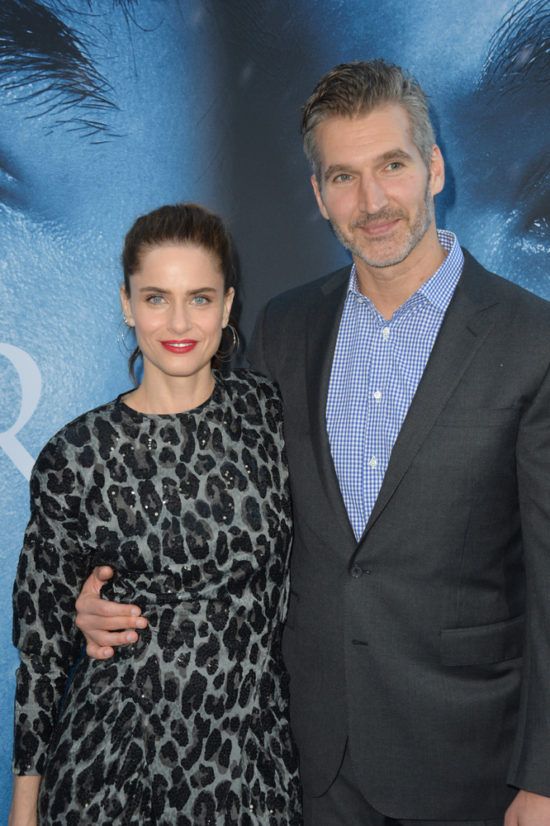 Lia Smith was pregnant at her nuptials to Justin Bartha, but no one knew until after the fact! Some people at the wedding were suspicious because she looked like she had a little bump under her gown and she kept putting her hand on it throughout the day. The couple welcomed their daughter, Asa Charlotte, into the world on April 13, 2014, a little over four months after their wedding. 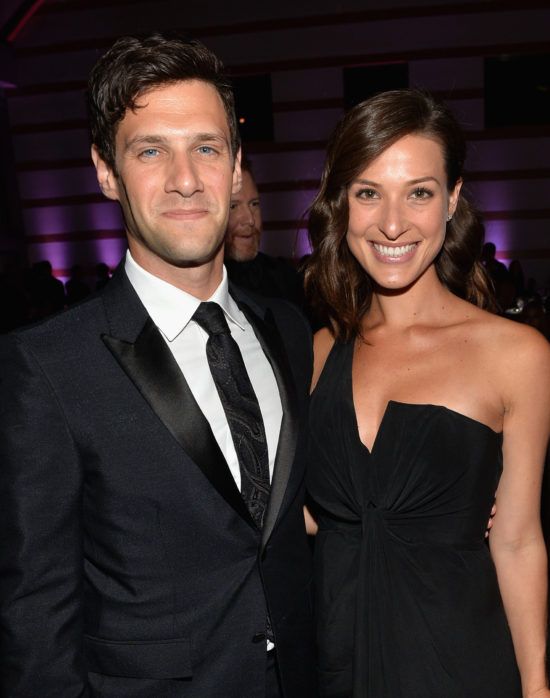 Christy Turlington was pregnant with her daughter Grace when she married Ed Burns back in June 2003. Grace was born just four months after the wedding. The couple had an on-again, off-again relationship before they finally tied the knot. They were supposed to get married in October 2001, but they postponed their wedding in the wake of 9/11 and then broke up in March 2002. They reconciled during the fall of 2002 and have been together ever since! 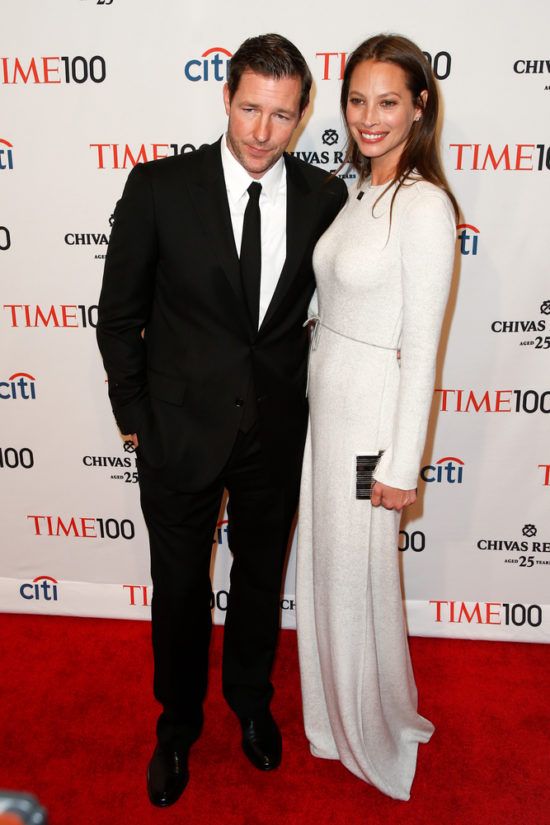 There is absolutely no doubt that former reality star Kendra Wilkinson and former NFL player Hank Baskett have had their fair share of problems, but they have never given up on their marriage, and it all started with a shotgun wedding! The duo married on  June 27, 2009 only a few weeks after the pair confirmed they were expecting their first child together. Six months later they welcomed their son Hank Baskett IV. Now, eight years later the two are still going strong and in May 2014 welcomed their second child, a daughter name Alijah. 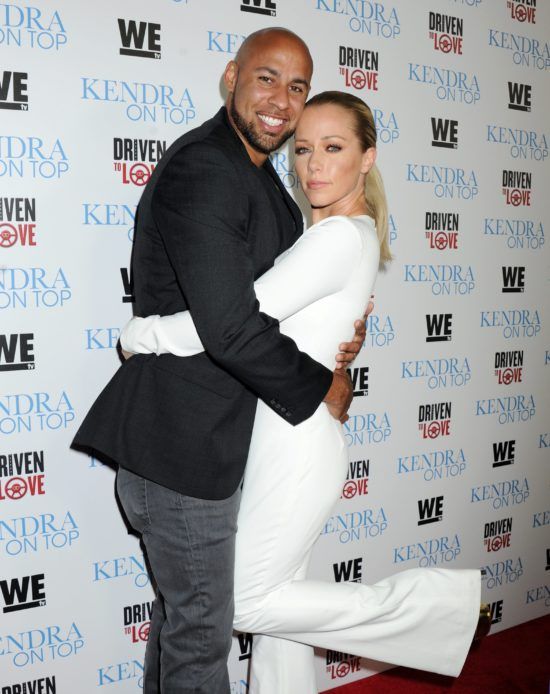 Jessica Alba and Cash Warren’s shotgun wedding was one of the most surprising of all because after dating for three years from 2004 to 2007, Alba ended the relationship. The 2007 breakup was brief though and in November 2007, only a few months after they got back together, rumors flew that Alba was pregnant and a month later her rep confirmed the news. Despite some bumps in their relationship, the couple moved quickly after the pregnancy news by becoming engaged in December 2007 and shocking everyone with a quiet courthouse wedding in May 2008 when Alba was eight months pregnant making it obvious they really wanted to be married before their daughter arrived. A month later they welcomed Honor Marie Warren and although the pregnancy seemed to rush the marriage the two have now been married for nine years and in 2011 welcomed their second child, another daughter named Haven. 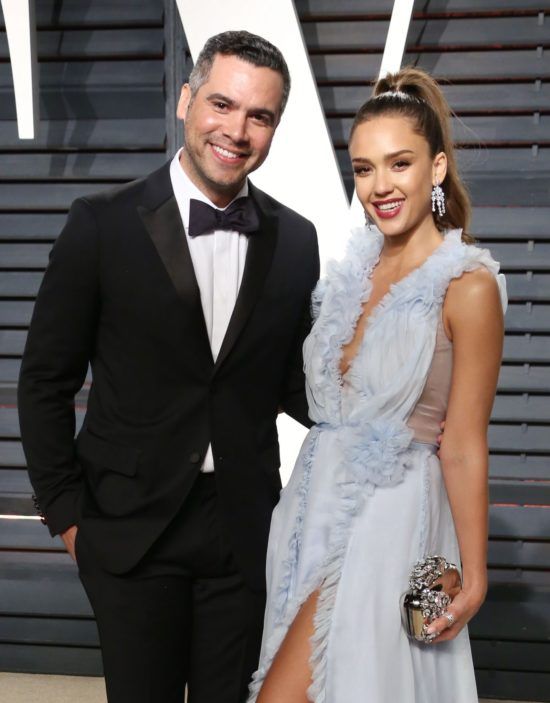 The Good Wife actress Julianna Margulies was 41 before she found her true love with husband Keith Lieberthal. When the pair married on November 10, 2007, they had more exciting things on the way: their first child. Only two months later Margulies gave birth to their son Kieran on January 17, 2008. Now the pair have been married for 10 years. 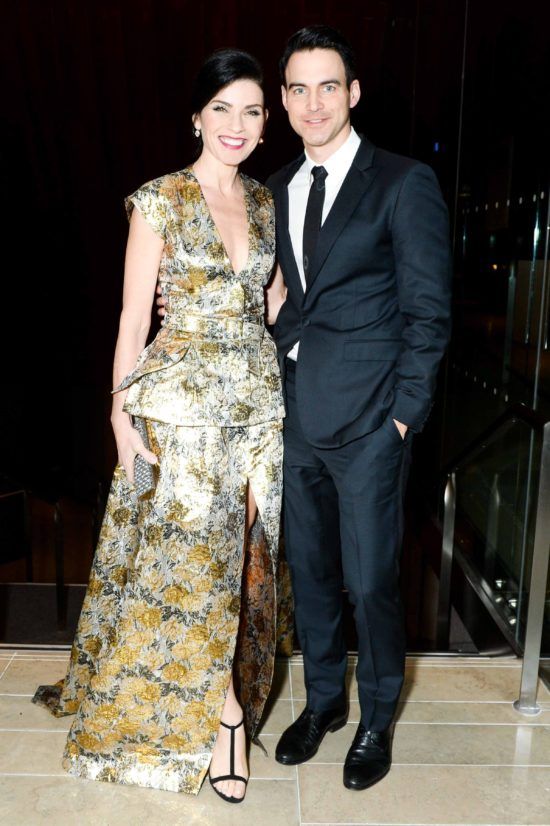 Matt Damon has always been a stand-up guy and, while having children while not married is no longer frowned upon as it once was, it isn’t surprising Damon wanted to be married before welcoming his first child. After dating Luciana Barroso for two years, Damon popped the question in September 2005. The couple surprised everyone when they married only a few months later in a small private ceremony at New York City Hall in December with only two other people present. Only a little while later it was revealed that the reason for the rushed wedding was because Luciana was already pregnant with their first daughter, Isabella. After welcoming Isabella in June 2006, the two have remained one of the most low-key and loving couples in Hollywood. They have now enjoyed 12 years of marriage and welcomed two more daughters, Gia and Stella. 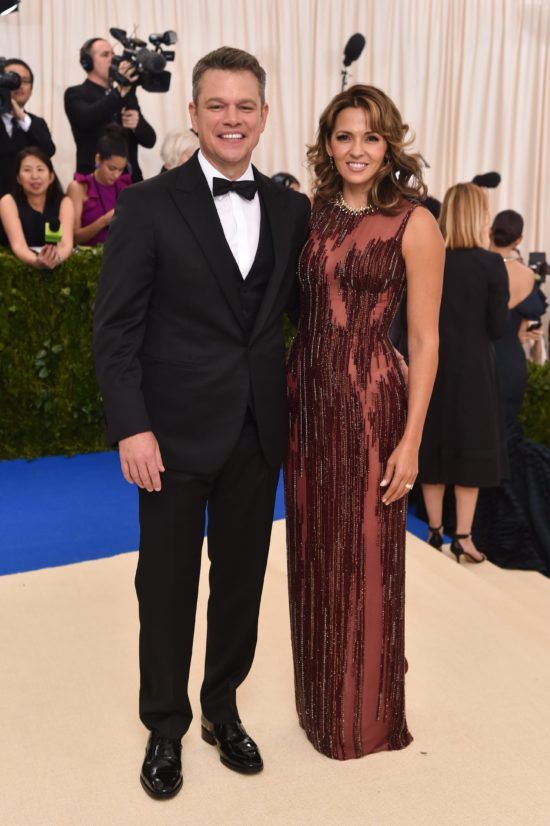 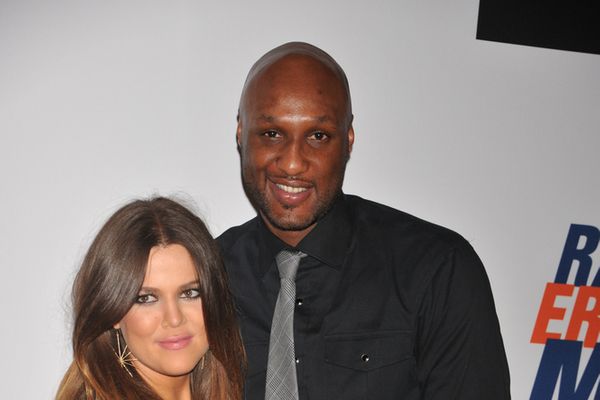