Not all actresses want to get ugly for a role, but some do. For a lot of these gorgeous women, getting them to look unattractive is quite a feat, but the results are pretty remarkable. Here are 8 hot actresses who were pray enough to play ugly movie characters:

Anne Hathaway was pretty unattractive in The Princess Diaries – before her makeover. She had frizzy hair, glasses and didn’t wear a spot of makeup. After her makeover, however, she looks pretty, which is how we’re used to seeing Anne.

Cameron Diaz was unrecognizable in Being John Malkovich, with her frizzy wig, brown contact lenses and her dowdy wardrobe. According to her makeup artist, making Cameron look homely was “a challenge,” but we’d say it was a success. The normally stunning actress looked really unattractive!

Nicole Kidman really transformed herself to play Virginia Woolf in The Hours. Her makeup took three hours a day and she sported a large prosthetic nose, which made her totally unrecognizable. While critics didn’t think the nose made her look more like Woolf, everyone agreed that she gave a darn good performance, one that earned her an Academy Award for Best Actress.

4. Emma Stone – Ghosts of Girlfriends Past

Emma Stone looked like a shadow of her former hot self in Ghosts of Girlfriends Past. She played Matthew McConaughey’s character’s high school girlfriend and first lover and donned a frizzy wig and braces for the part. It wasn’t a pretty sight.

The normally hot Charlize Theron looked downright frightening in Monster. She underwent quite the transformation to play serial killer Aileen Wuornos, which included gaining 30 pounds, shaving off her eyebrows, donning prosthetic teeth and wearing blotchy makeup. Critics raved about her performance, which earned her an Academy Award for Best Actress.

Jennifer Aniston got ugly for her role in Cake. She played Claire, a woman who is suffering from chronic pain as a result of a car accident. For the role, she wore a prosthetic scar on her face, stopped wearing makeup, stopped shaving and stopped exercising. She certainly looked different from her usual stunning self!

For her role in Precious, Mariah Carey was unrecognizable. To play the dowdy welfare caseworker, she wore no makeup, had a hint of a moustache, bound her breasts and had perma-bags put under her eyes. Mariah hated how she looked so much that she actually avoided mirrors! The only good news is that many moviegoers didn’t even recognize her in the Oscar-winning film. 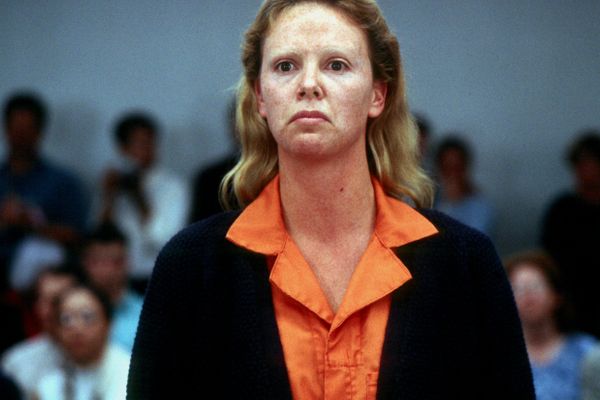