Mark Hamill catapulted into Hollywood success as Luke Skywalker in the epic Star Wars film franchise, a role he recently reprised for Star Wars: The Force Awakens, which was released in late 2015. However, Hamill actually got his start in the world of soap operas playing Kent Murray, on General Hospital (GH). A reoccurring role, young Murray and his sister were sent to live with their Aunt Jessie (Brewer) after their dad passed away — which proves he had daddy issues, even back then.

Long before The Wolf of Wall Street, The Great Gatsby, Titanic, and even Growing Pains, the multiple Golden Globe winner Leonardo DiCaprio had a small stint on a soap opera. In 1990, at the young age of 16, Leo’s first major acting gig was playing Mason Capwell on daytime drama Santa Barbara. Capwell was a spoiled, wealthy, yet troubled teen — quite different from most of roles he has played in Hollywood since.

Famous for movies such as Footloose, Picture Perfect, and a Few Good Men (plus so much more), Kevin Bacon has worked with many Hollywood actors in his day, across a variety of movie genre spectrums, which is why the ‘six degrees of separation’ Kevin Bacon game is so popular when it comes to linking a celebrity to the actor; most have worked with him, in some capacity. However, there are some soap actors that could be added to this game as well. This is because Bacon got his acting feet wet, on the daytime drama, Guiding Light. He played alcoholic teen TJ Werner on the soap, from 1980-81.

Oscar winner Tommy Lee Jones is well known for his roles in The Fugitive, Men In Black, Batman, as well as showing his more romantic side in flicks such as, Hope Springs and Blue Sky. Many may be unware that this incredibly diverse actor, who has also done stage work, started off on the soap, One Live to Live. From 1971-1975, Jones played Dr. Mark Toland on the ABC daytime drama.

Fans all know ‘The Hoff’ from his iconic television roles as Michael Knight in the highly successful 80s classic, The Knight Rider, and who could forget his role in Baywatch, as Mitch Buchannon, the leader of the life guard beach squad. Turns out Hasselhof started out in the Young and the Restless (Y&R) playing Dr. William Snapper, from 1975-1981.

Transformer star and Hollywood heartthrob Josh Duhamel was another male celebrity who got his big break in soap operas. Playing Leo du Pres from 1999-2002 on All My Children, his soap character drowned in a waterfall, and the body was never recovered. The star would move onto to primetime television success, starring in Las Vegas, and then move on to film roles.

Before fans fell in love with him as Uncle Jesse, on the hugely popular television sitcom Full House, GH fans adored John Stamos as Blackie Parrish. Starting on GH in 1981 at a young 18 years of age, the Greek American actor became quite the soap heartthrob, receiving approximately 10,000 letters each week from soap fans. An odd tidbit: while he was on GH, he continued to work in his father’s restaurant, as his dad would not allow him to quit. He stayed on the soap for another two years, and eventually made the transition into prime time television. The rest, as the old saying goes, is history!

Brad Pitt defines Hollywood legend, with incredible roles in movies like Legends of the Fall, Ocean’s Twelve, Snatch, Mr. & Mrs. Smith (where he met his now wife, Angelina Jolie), Thelma and Louise, and so much more. Still, even Mr. Pitt was once a struggling actor, eager to break into the show biz industry. He got his start on daytime soap, Another World, where he was cast in the small (yet reoccurring role) of high school basketball player, Chris, in 1987. That same year, Pitt was also cast as Randy, the boyfriend of Jenna’s daughter Charlie, on highly popular primetime soap, Dallas. 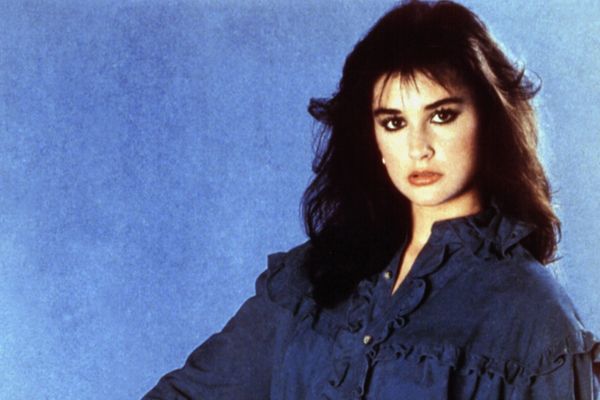