In most cases, ten seasons of a series is plenty, but in the case of Friends, fans wish it would have gone on and on. No matter how many times you have seen the same episode, you can always watch it again, and it is always funny. Friends has managed to capture the hearts of such a large fanbase; it really seems no other series will live up to it for one reason or another. In fact, there are several reasons why Friends has continued success long after it has finished airing, where most other shows just slowly faded away after their run on TV, even if they were successful. Check out eight reasons Friends will outlive all other sitcoms!

Maybe the real honor and recognition should go to the writers of Friends, who clearly had immense skill. They obviously knew exactly how to write each character for each actor, not too mention create memorable episodes each and every time. One of the highlights against many other sitcoms was how relatable it all was. It showed true love blossoming between friends, and the struggles of real life, which never goes as expected, or to plan but somehow you make it work.

One of the biggest reasons Friends outlasts many other series is because it is not only cemented in pop culture, but is iconic of an entire generation. The ’90s was Friends‘ decade, and as such the show and character influenced fashion, hair choices and even vocabulary. Many grew up not only watching the show but emulating it, making it a much larger part of a lot of people’s lives than most other TV sitcoms.

All on its own the show was fully supported by the six main stars, but aside from that, Friends hit it out of the park with not only secondary supporting characters but also guest stars. Somehow, some way Friends brought out a side of acting fans hadn’t previously seen from a star before, with the most obvious that comes to mind being Brad Pitt’s role in season eight’s “The One with the Rumor.” Of course, all of the guest stars were spectacular from Reese Witherspoon and Christina Applegate to Julia Roberts and Freddie Prinze Jr. Then, not enough praise can be given to Paul Rudd who came into such a solid cast and fit in just right.

Many shows have become huge, but Friends has a fanbase that is seemingly the largest and most dedicated of them all. No matter how many years go by, Friends‘ fans keep the show alive, and even more impressive is that even 12 years after the show has ended, it ends up gaining new fans. Those who were too young to appreciate it in the ’90s have now taken to binge-watching it on Netflix, and they love it just as much. This rarely happens for other sitcoms. How I Met Your Mother attempted to create the same thing that Friends had with a similar group and similar lifestyles, and while it was a phenom when airing, since completing its nine year run, it is still seen less in syndication than Friends, even though it is much newer. Other networks and series may try, but they are quickly learning it is hard to match not only the success of Friends when it was airing, but its continued success, which is all due to Friends‘ enormous fanbase.

There are several things, many which are very simple, that separate Friends from all of the other sitcoms and series that have been on TV both before and after the series. One of the most identifiable things, however, is the progression and changes the show went through over the years, instead of imitating the same silly sitcom plotline episode after episode. Not only did the show as a whole shift and change, it took time for every character to undergo a change and progression, which again added to its relatability for viewers.

True, there are some who don’t find Friends funny, but those are people fans just don’t associate with, and since the fanbase is so big, they are easy to avoid. Regardless, each “friend” had their own brand of humor, which was funny every single time. From the one liners to the heavy sarcasm, there are so many lines we still repeat in everyday life and then, of course, there is the physical humor. Chandler (Matthew Perry) was especially good at the couch-jumping, while Ross’s facial expressions are unmatched, and the best part is, the more you watch the show, the more you notice these little details and effort that goes into every scene.

The dominance and everlasting feature of Friends really comes down to the simple fact: it never gets old. All fans have seen the entire series, and many watch it again and again because no matter how many times you see the same episode, it is never not funny, and as mentioned, in most cases only gets funnier the more times you watch it. This is a major reason why Friends has become a syndication darling. While many series struggle to captivate audiences for multiple seasons, Friends on the other hands keeps them captivated on repeat.

1. The Cast and Chemistry

Last, but certainly not least, and definitely the most obvious reason as to why Friends will outlive any other sitcom is because the cast will never be matched. Time and time again, series have tried to create the same chemistry and magic between its stars that made Friends the success that it was, but none have succeeded. Each actor fully embodied the role they were given and worked off each other in ways creators, writers, producers and directors can only dream of. Until a show can make an impact the way Friends did on audiences with its core cast, it will outlive every other sitcom out there. 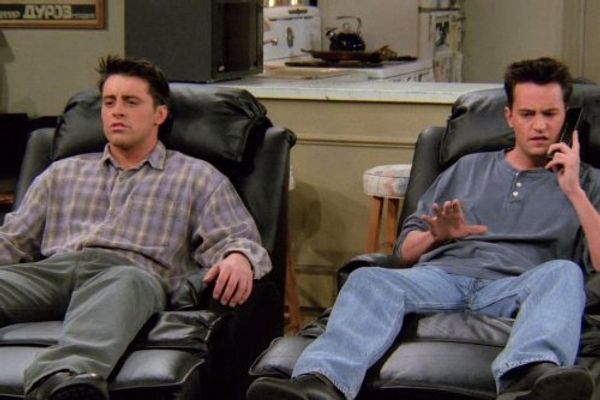